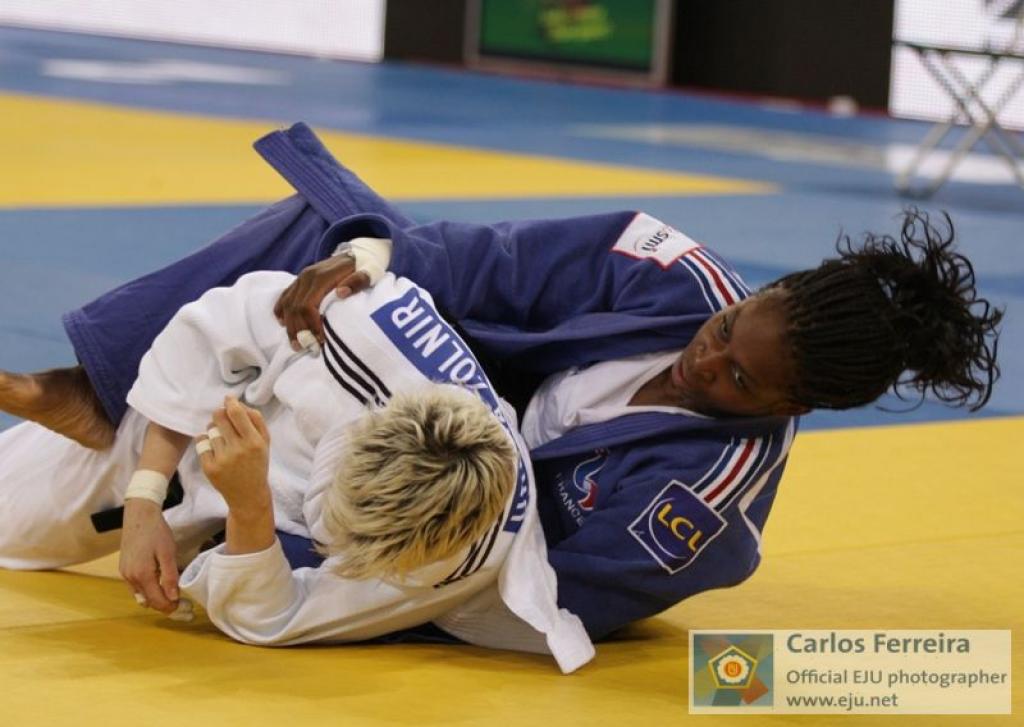 The final block of the second day of the European Championships are about to start. To warm you up you can enjoy the preview.

Watch the final block live in our broadcast:

U63kg
> Gevrise Emane (FRA) is qualified for the European Championships final for the third time. Previously she won the European title twice in 2006 and 2007, so won both finals, but both U70kg.
> This year she will compete against Anicka van Emden of The Netherlands. Their head2head is 2-0 for Emane. Last year they met in the Paris and Moscow Grand Slams.

> Gerbi (ISR) vs. Zolnir (SLO) 1-1 in head2heads. Last year Zolnir won in the final of the World Cup in Birmingham. This year Gerbi won at the IJF Masters in Baku.

U70kg
> The match between Edith Bosch and Cecilia Blanco is a clash between two judoka that know each other to the bone. They fought 14 times in the major events. Bosch won 10 times, Blanco 4 times.

> Both fighters have met eachother four times at European Championships before, all won by Bosch.

U73kg
> Murat Kodzokov (RUS) reached the final of the European Championships U73kg. He defeated Benjamin Darbelet (FRA). His opponent will be the current European Champion Joao Pina from Portugal. At the Grand Prix in Rotterdam in 2010 Pina won their first ever match.

> Kodzokov makes his debut this championship. Pina participates for the 9th time since 2001.

U81kg
> Elnur Mammadli (AZE) seemed to get back his shape again in his new category U81kg. The 2008 Olympic Champion U73kg won the European title in 2006 (also U73kg). This year he won the IJF Masters in Baku.

> His opponent is Sergiu Toma who is the surprising finalist from Moldova. He can become the first European Champion for his country which is perhaps the biggest ever success. Previously three compatriots reached the final of the European Championships but all lost the final, all in the 90s.

> Bischof (GER) vs. Schmitt (FRA). Schmitt defeated the current Olympic Champion Bischof one time at the 2006 Europeans in Tampere.

Enjoy the pictures of the qualifications here:
https://www.eju.net/media/?galleryId=71&mode=showEvent&id=644