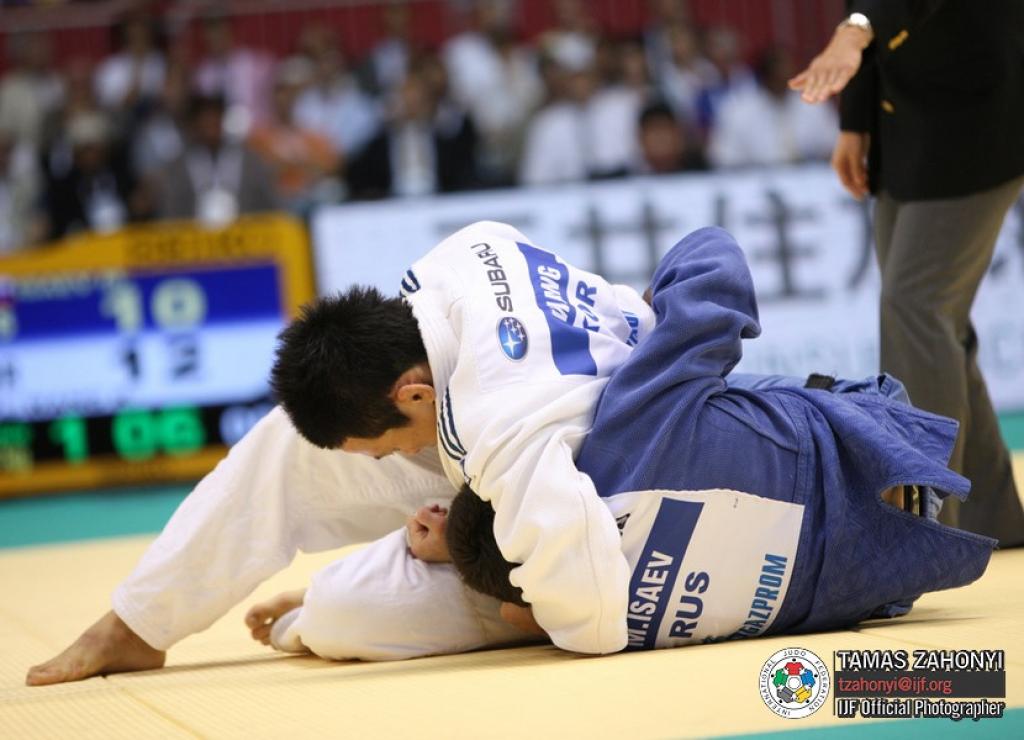 Wang Ki-Chun (KOR) is the most successful fighter over the last 10 years of the Jigoro Kano Cup, now the Grand Slam of Tokyo. Wang won the event three times in a row in 2007, 2008 and 2009.
He’s the only one to win the Grand Slam three times, all U73kg. Japan won 73% of all gold medals in the last era. Korea won almost 10% of the titles. Hwang Hee-Tae (KOR) won twice. Nine gold medals were won by European fighters. The last one was Briton Euan Burton.
Top favourite Takashi Ono (JPN) won the last two editions but lost twice in 2002 and 2007 and won bronze in 2006.

Last year Japan won 11 out of the 14 titles. Given the last World Championships the other countries have to battle real hard for more medals.
Kayla Harrison (USA) won the most World Cups this year, but those include the PJC World Cups in Isla Margarita, El Salvador and Miami. World Champion Kim Jae-Bum (KOR) won four World Cup/GS/GP as well as the Masters in Suwon.
Kaori Matsumoto (JPN) is phenomenal in the major events. She the masters, the Grand Slams of Paris, Rio and Moscow and the GP of Düsseldorf, as well as the World title in Tokyo.