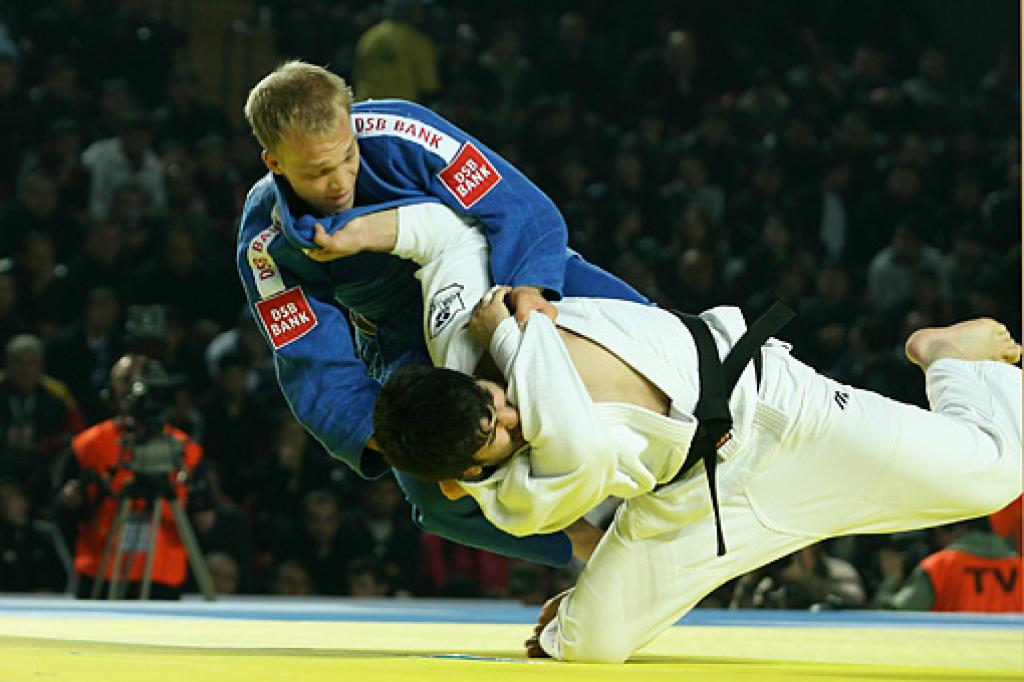 Home favourite Henk Grol (NED) should be one of the strongest fighters in the competition, but his injury is expected to limit his chances. He was outstanding at the 2008 Olympic Games but made one mistake against Askhat Zhitkeyev (KAZ) and finished third. Both Zhitkeyev as well as Olympic Champion Naidan Tuvshinbayar (MGL) are not competing, although both present in Rotterdam.

Tagir Khaibulaev (RUS) became European champion in 2009. Khaibulaev beat Grol in Tbilisi at the European Championships, then recently won the German Open. Khaibulaev can be one of the four male judoka to win both the European as World title in the same year.

Irakli Tsirekidze (GEO) has a great reputation in the U90kg, and is current world and Olympic champion. In his new weight class he has shown he can still win medals but is not the undisputed best anymore.

Lukas Krpálek (CZE) is the current world junior champion and is an extremely strong contender here in Rotterdam. He finally managed to become 100 kilos after winning the world junior title weighing 95 kilos. He is the youngest participant in this category, and in the seniors he may not be able to win a medal at world level, but is expected to challenge all the way.

Elco van der Geest (BEL) just received his Belgian passport and is able to compete for Belgium. The former European Champion of 2002 wants to make it to the 2012 Olympic Games. Van der Geest, now 30, is back on track after having a life of injuries. Since he beat Kosei Inoue (JPN) at the Olympic Games to finish fifth, it only got worse. After returning to competition this year, he has won all tournaments he fought since May. Gold medals at the Grand Prix in Tunis and the Grand Slam of Rio de Janeiro were an excellent motivation to proceed with the procedure to get the Belgian citizenship.

There’s much respect between former rivals Elco van der Geest and Ariel Zeevi (ISR). Zeevi, former World champion in 2001 and triple European Champion also sustained a lot of injuries.
But despite his 32 yeas, he is still able to win medals. This year he won the World Cup in Warsaw, but is not likely to win a medal in Rotterdam. In 2005 he finished second at the European Championships in this venue in Rotterdam.

Yauhen Biadulin (BLR) is a serious medal candidate. Second at the Tournoi de Paris and bronze at the Universiade in Belgrade in July, he is just 23-years-old and will definitely learn a lot even if he doesn’t reach the finals.
2007 World Championship runner-up Peter Cousins (GBR) has been unable to match his previous performances, and since 2007 he has only won the German Open in 2008.

Home favourite Grol is fit enough to start despite his knee injury. His first match will be Dimitri Peters which is a fitness test from the start.
His teammate at Judo Club Kenamju in Haarlem, Elco van der Geest today received his Belgian citizenship and can compete for Belgium. He is in great shape. If he wins his first match, his second will be against 2004 world junior champion Jevgenijs Borodavko. The 2002 European Champion is also in the same group with the current European Champion Tagir Khaibulaev.

Pan American Champion Oreydis Despaigne is Cuba’s hope for a male medal. In Europe he was able to beat World Champion Luciano Correa, while Canadian Scott Edward was third at the Pan Am.

The 2007 world title of Luciano Correa was a Brazilian interuption of four Japanese World titles in a row in this category, and he is still showing good results and recently won the World Cup in Belo Horizonte, but lost the final of the Grand Slam in Rio to Elco van der Geest.

Takamasa Anai (JPN) won the Grand Slam in Paris this year, defeating Yauhen Biadulin (BLR). Also in February he won the Grand Prix of Hamburg and followed this success with the All Japan title. Anai is the man to beat in this weight class for the 2009 world title, and wants to re-assert Japanese domination.

Takamasa Anai, perhaps the biggest favourite,does not have an easy ride. His first match is against world and Olympic champion Irakli Tsirekidze.