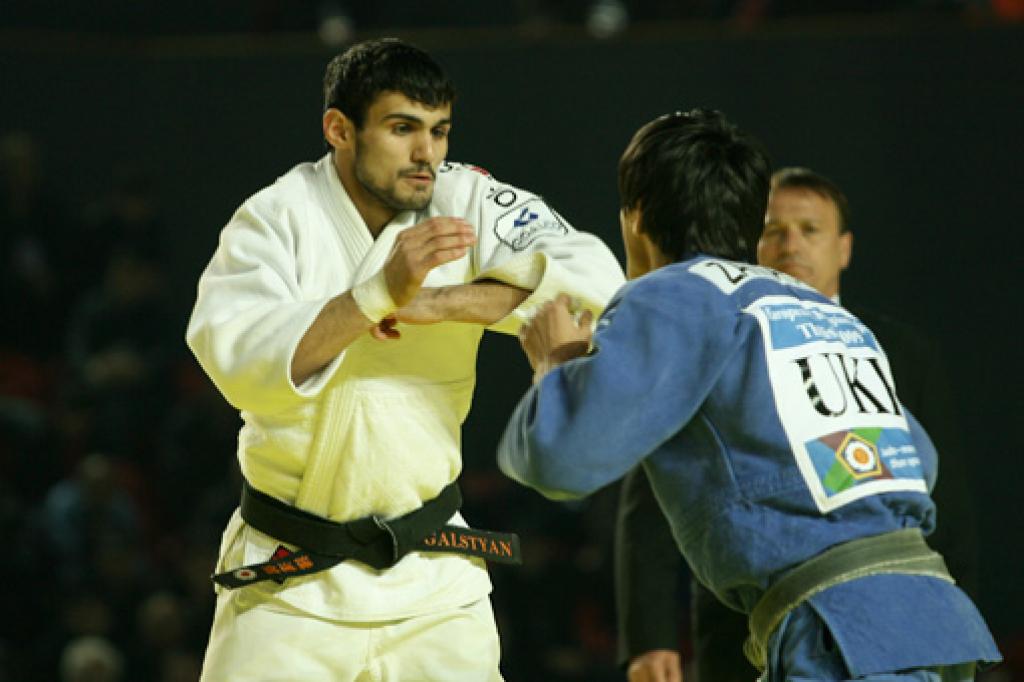 Although Min-Ho Choi (KOR) is the undisputed favourite to win the world title in the U60kg weight class at the World Championships in Rotterdam, there is still a lot of European influence.

The gold medallist of the 2008 Olympic Games in Beijing was in super shape and showed his great skills with some outstanding judo. In the final he beat Ludwig Paischer (AUT), the worlds current number one on the IJF World Ranking. Paischer (27) has a great reputation and won two previous world championship medals, but now wants the gold to confirm his rank as the world’s number one. He beat CHOI in 2007 in Paris, but lost twice at the last two Olympic Games.

In 2008 Paischer became European Champion for the second time beating this year’s home favourite Ruben Houkes (NED). Houkes is the current world champion, unexpectedly winning in Rio de Janeiro. His strength is his persistence to keep on training and finally he won his greatest trophy in Rio.

Houkes (30) defeated Georgian Nestor Khergiani, the oldest participant (34) in this weight class. This could very well be his last chance to win a third world medal. He already won nine European Championships medals.

Arsen Galstyan (RUS) is the current European Champion and this makes him one of the favourites. He is one of the youngest participants (20) and is the current World Junior Champion. Galstyan has also staked his claim as a contender by beating both Paischer and Houkes this year.

Pavel Petrikov (CZE) is Czech Republic’s big hope in this category. The U23 European champion won gold medals at two World Cups in a row (Bucharest and Tallinn). He lost at the Mediterranean Games in Pescara to Italy’s Elio Verde who is also an outsider as well.

Other none European outsiders for the titles will be Rishod Sobirov (UZB), winner this year at the Grand Prix in Hamburg and third at the Beijing Olympic Games. Lourenço Denílson, a multiple Brazilian champion, won the World Cup in Belo Horizonte last July and seems to be in good shape for these championships.

Hiroaki Hiraoka (JPN) has never won an Olympic or world championships medal but has won medals at the major international events such as Paris, Fukuoka, Braunschweig and was gold medalist at the Asian Championships in 2008 in Jeju (KOR). This year he won silver at the Grand Slam in Rio (lost to Paischer) and bronze in Hamburg (lost to Sobirov).

Perhaps Yosvany Piker (CUB) can surprise in Rotterdam if he has a good day. Reigning world champion Houkes showed two years ago what can happen when a judoka has a good day.