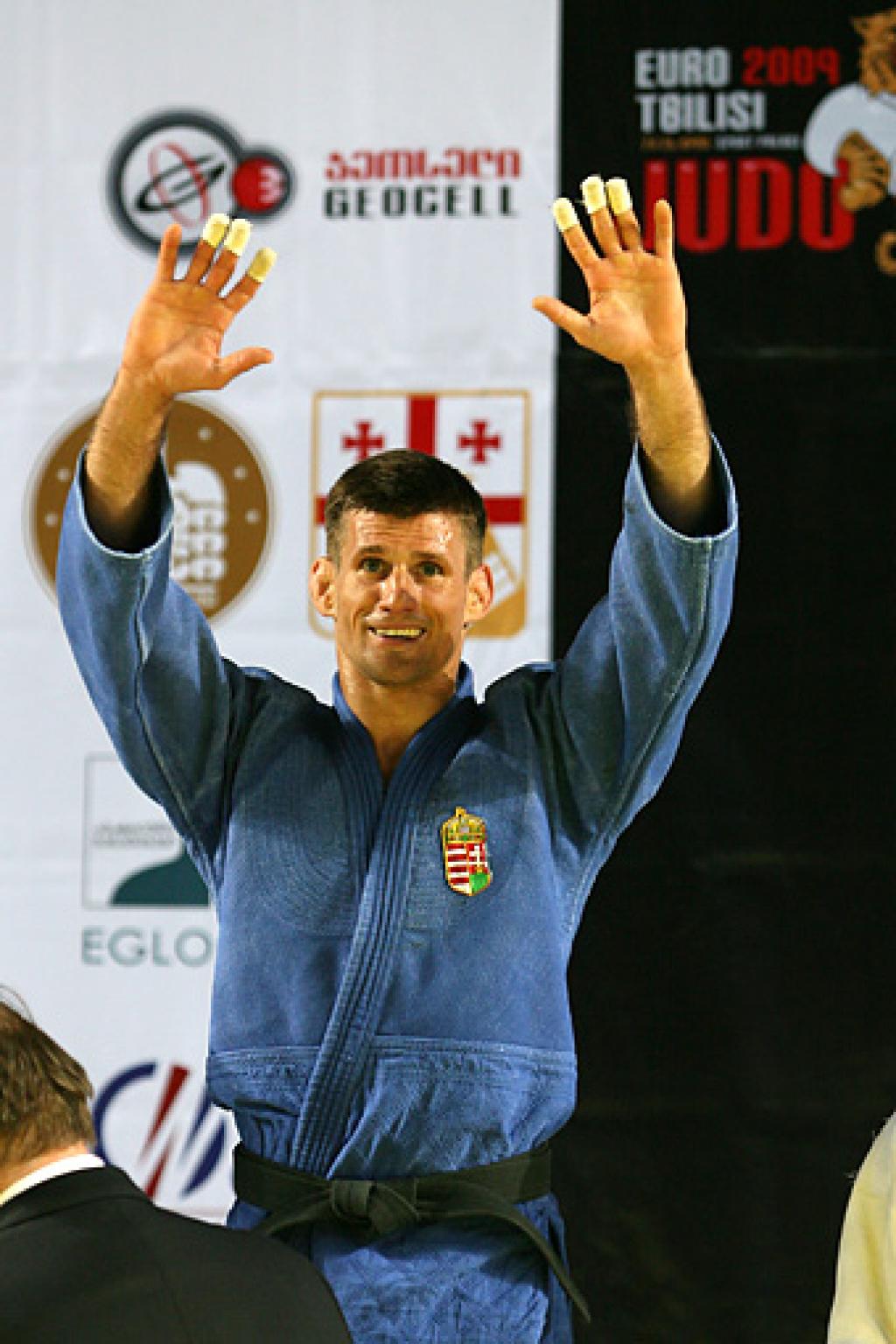 Masato Uchishiba of Japan is without a doubt the heavy favourite to win the world title in the U66kg weight class at the World Championships in Rotterdam.
The gold medallist of the 2008 Olympic Games in Beijing is the only participant in Rotterdam who has won two Olympic gold medals.

Uchishiba lost the World Championships final in 2005 to Joao Derly (BRA) and didn’t participate in 2007. This year may be his last chance to win the world title.

He will face strong competition though from his European rivals.

This year at the Grand Slam of Paris he beat Benjamin Darbelet (FRA) in the final, and a repeat showdown would be a mouth-watering prospect, as Darbelet (28) is the 2008 Olympic finalist as well and five time European Championship medallist.

Alim Gadanov (RUS) seems to be Russia’s trump in this weight class. Gadanov just missed the bronze in Beijing, but won gold at the Grand Slam in Rio this year, showing that he is ready for a medal. He collected bronze medals at the last two European Championships.

European Champion Miklos Ungvari (HUN) seems to like the Netherlands, which is now his second home, as his girlfriend and world championships participant Kitty Bravik (NED) is in the Dutch Team.

Ungvari won the European title in Tbilisi (GEO) and won two international bronze medals in Moscow and Sindelfingen. At the German Open he even experimented at one weight higher.

This weight category may be one of the most hotly contested competitions in Rotterdam, with outsiders like triple European Champion Zaza Kedelashvili (GEO) who has been out of competition most of 2009.

And let’s not forget former European champion Armen Nazaryan (ARM). In this stadium (AHOY-Rotterdam) he won his European title in 2005 U60kg. Since then he has fought in the U66kg category but changed back to U60kg many times. This year he finished fifth twice, at the European championships in Tbilisi and at the Grand Slam of Moscow.

Sugoi Uriarte (ESP), winner in Tunis in June, Adrian Kulisch (GER) winner in Sindelfingen last July are also expected to get to the medal stage.

From Asia Chol Min Pak (PRK) is Beijing’s bronze medallist, but has been out of the placings this year, with just a third place at the World Cup in Bucharest and fifth at the Asian Championships in Taipei. But his background shows that he may have the capacity to peak at the right moments.

The chameleon Khashbaatar Tsagaanbaatar (MGL) has been present at world championships since 2003 but has never won a medal, despite bronze at the Olympics of 2004, but in this category he is another outsider. He fought in three different categories and this year he seemed to have found his ideal form, winning at the Grand Slam in Moscow and silver in Rio (losing to Gadanov).