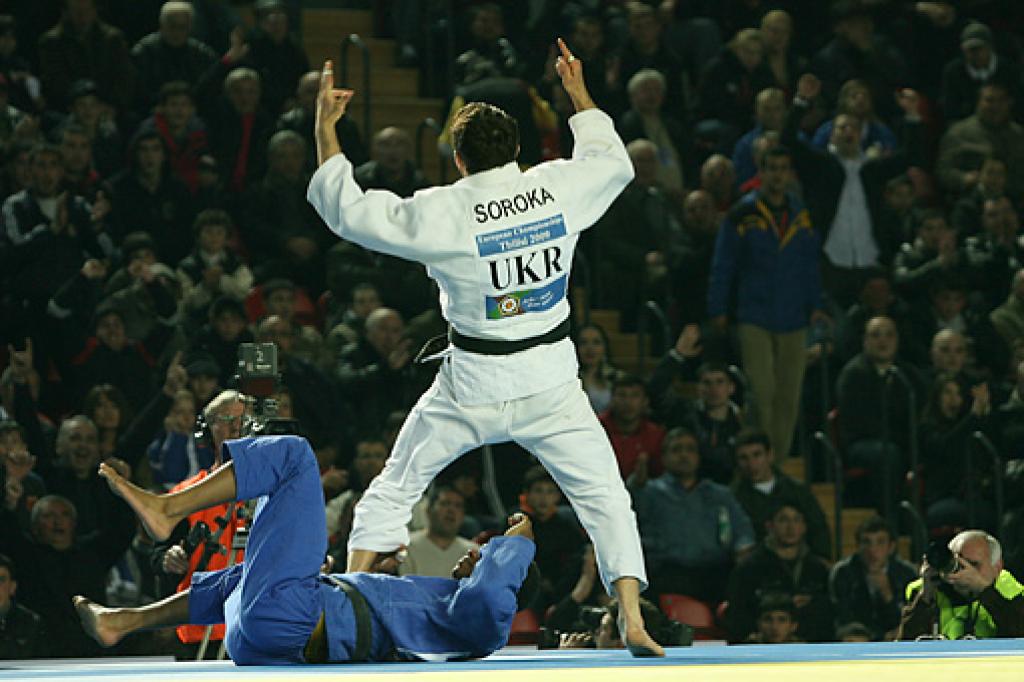 Volodymyr Soroka (UKR) became European Champion in Tbilisi last April, while his opponent then, Dex Elmont (NED), can now gain tremendously from a vocal home crowd in a packed Sportspalace Ahoy in Rotterdam.

Belgium’s Dirk Van Tichelt won the Grand Slam of Rio last July and has a knack of being able to conjure up wins at the right moment. Additionally, he can expect good support from travelling fans who will watch him attempt to be the first man to win a medal for Belgium since Cédric Taymans came second in the U60kg in 2001.

The Brazilian won Olympic bronze in both Athens and Beijing, and although he has not won a world championships medal yet, he seems to be on track to quality for the medal stages. He won the Pan American Championship in March as well as the World Cup in Belo Horizonte in July and finished second in Rio one week before losing to Van Tichelt. Leandro defeated Isaev in Brazil as well as experienced outsider Yoel Razvozov (ISR).

Bonhomme (31), Razvozov (29) and Kiyoshi Uematsu (31) are the oldest and most experienced fighters in a weight class which seems to be dominated by younger favourites.

Spain’s Uematsu, the European champion in 2004, participated at the world championships in 1999 in Birmingham and won bronze in 2005 in Cairo.

Rinat Ibragimov (KAZ) beat Wang in Paris last year, while Mansur Isaev (RUS), one of the biggest talents in Russia, won the Grand Prix in Hamburg and won bronze at the Grand Slams of Moscow and Rio.

Since 1999 four different countries have won the world title in this weight class, with Korea winning twice through two youngsters Won-Hee Lee and Ki-Chun Wang.

The draw placed Belgian number one Van Tichelt in the same group with Europe’s number two Elmont, while Japan’s Otsuka will have to fight triple European Champion Kedelashvili (GEO)

Reigning world champion Ki-Chun Wang (KOR) became the second youngest world champion ever in 2007 after beating Elnur Mammadli (AZE) in Rio de Janeiro. But it was Mammadli who had the sweetest revenge, winning the Olympic title last year.

After his Olympic silver medal in 2008, Ki-Chun Wang went on a rampage, winning all the major tournaments: the Grand Prix of Tokyo, Grand Slam Tournoi de Paris, Grand Slam in Moscow and in July the FISU Universiade, making him student world champion as well.

And now with the absence of Mammadli from Rotterdam, Wang seems to be the red-hot favourite to win the world title once again.