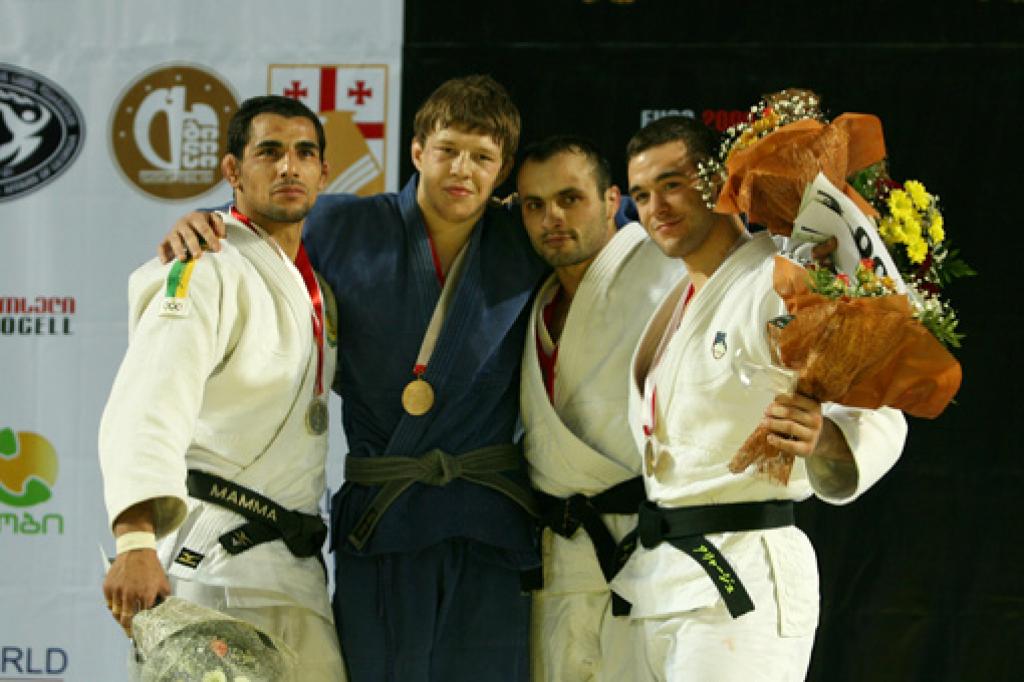 All 2008 Olympic medal winners of the U81kg category will contest the 2009 World Championships in Rotterdam.

In contrast to the U73kg category, the oldies are still dominant in this weight class. Ole Bischof (GER) can shine when he needs it. Bischof wasn’t too impressive in 2008 before his Olympic victory, then found his form and peaked at the right moment. This year he finished fifth at the European Championships in April but won the Grand Prix of Tunis in May and the German Open in July, a good sign.

Jae-Bum Kim (KOR) was the Olympic finallist and finished second at the Grand Slam of Paris as well.

Artem Vasylenko will represent Ukraine, coming here after a third place at the world Cup in Bucharest.

Guillaume Elmont (NED), who lost to Gontyuk at the last world championship, is one of the five world champions since 1999, all from different countries. Although he has been plagued by a wrist injury which eventually will need surgery, he is taking a risk to compete here. In Beijing he lost the bronze medal bout to Camilo Tiago who won the previous world title and became Elmont’s successor. Elmont finished third in 2007 on the same stage with Euan Burton (GBR).
The Brit has had a quiet year so far this year, but was red-hot at the Tre Torri tournament in Italy and won.

The strongest European seems to be Ivan Nifontov (RUS). The current European champion finished third in Paris and won the Grand Slam in Rio.
Siarhei Shundzikau (BLR) won the World Cup in Warsaw and Grand Slam of Moscow in May and is on his way back after an absence of two years from major tournaments. The European champion of 2006 is a respected competitor and definitely an outside chance here.

Axel Clerget (FRA) won bronze in Paris, but lost two important bronze medal bouts this year at the European championships and Grand Slam of Rio. However, he has the capacity to cause a surprise.

Antonio Ciano (ITA) won the World Cup in Tallinn in June and finished second at the European championships, losing to Nifontov. Italy has never won a medal in this weight category and Ciano wants this honour.

Bischof is coupled in the same group with Tomouchi, and they could end up meeting in the quarter final.

Elmont is placed in the “group of death” with Axel Clerget and Nacif Elias (BRA). If the world champion of 2005 survives that, he can finally team up with Siarhei Shundzikau again. They both have a lot of respect for each other after all matches they fought and all injuries they have both suffered.

Masahiko Tomouchi (JPN) is getting into shape. He won bronze in Rio in July but won the Grand Prix of Tokyo last December. He’s the oldest outsider (32) to win a medal in this category.

Travis Stevens (USA) is the current Pan American champion and can definitely trade it with the international favourites. Although he lost to Bischof at the Olympic Games and to Nifontov this year in Rio, he has taken on and mixed it with the top flight. After the successful periods of American frontrunner like Jimmy Pedro and Brian Olson, Stevens may be the one to reach the medals.