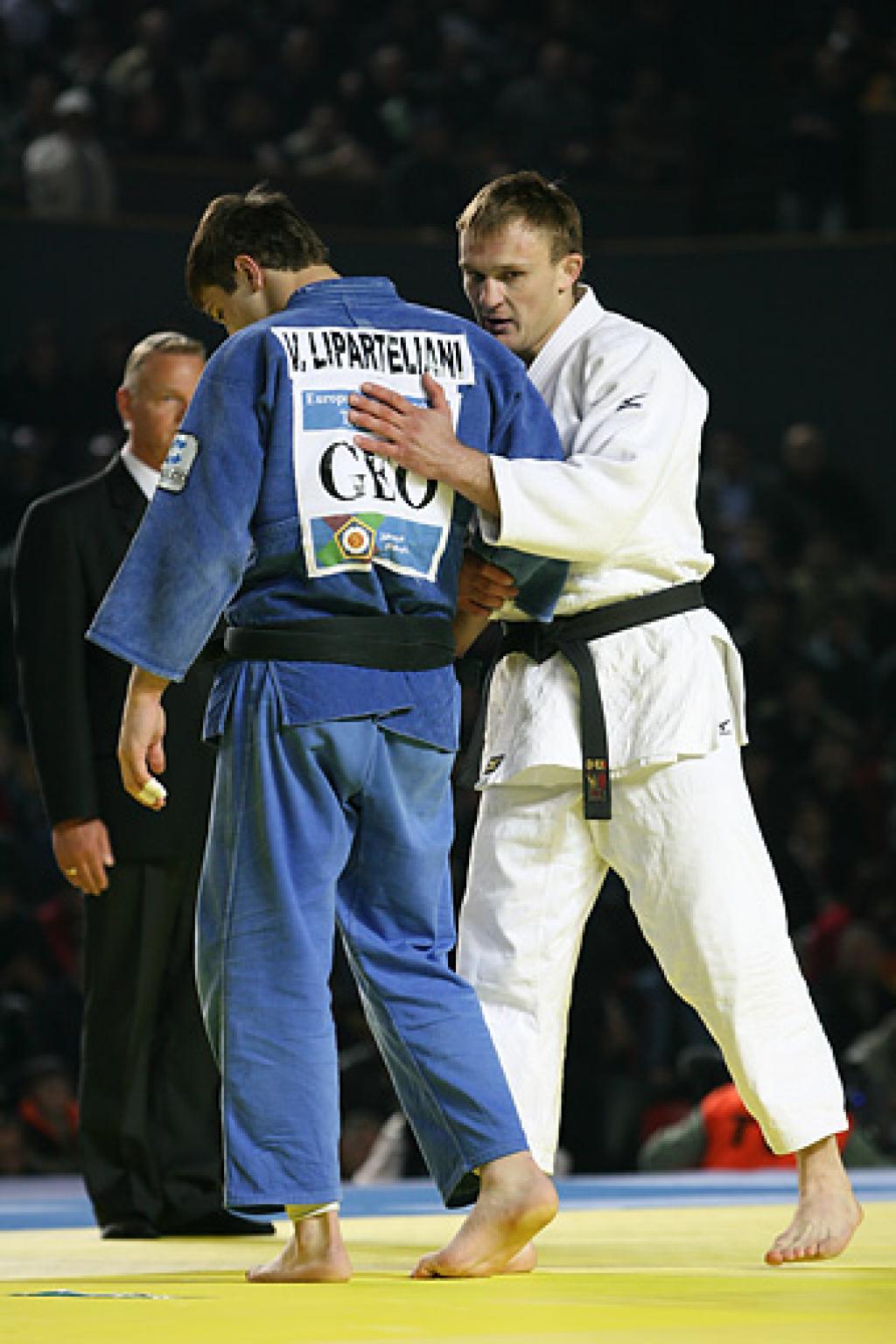 As always the U90kg weight class offers some exciting prospects. This time the Olympic Games are not the ideal indicator as some athletes no longer fight in this category. Some retired, changed weight, didn’t qualify due to heavy competition or are injured. However, what’s left makes for a very interesting participants list without extreme favourites.

Ilias Iliadis is one of the most exciting fighters since his Olympic title in 2004. Changing to this category in 2005 he already won two world championship medals, but lost the final twice. Although he seems to be vulnerable, he is still one of the favourites.
Iliadis beat Valentin Grekov (UKR) in the last seconds at the Tournoi de Paris this year. But triple European champion Grekov is still able to get to the medal stages.

Kirill Denisov (RUS) is the new Russian kid on the block. Since his bronze medal at the Grand Slam in Paris last February the current European U23 champion started to smell chances to qualify for the world championship. Since than Denisov’s performances have improved and he won the Grand Slam of Rio and the German Open, both in July and seems to be the man in shape. The performance of his teammate Nikiforov on Friday should give me even more inspiration to win a medal.

Nicolas Brisson (FRA) won two World Cup medals this year and is France’s alternative for Matthieu Dafreville. Brisson was born in The Netherlands but Brisson needs more miracles to become the French successor of Frédéric Demontfaucon, the last French world champion in this category.

Another Dutchman, Marvin De la Croes is the former world junior champion. He is close to the top fighters, but still belongs to the outsiders for a medal.

At the Olympic Games this weight class was an exception as two medallists came from Africa. Amar Benikhlef (ALG) lost to Tsirekidze but confirmed his performance later in 2008 by winning bronze at the Grand Slam Tokyo. In June he won the Tre Torri tournament in Italy.
Hisham Mesbah (EGY) won the bronze medal in Beijing and in 2009 he became African Champion.

Japan is traditionally strong in this category with previous world titles for Hidehiko Yoshida (1999) and Hiroshi Izumi (2005). Japan’s Takashi Ono won silver at the Grand Slam of Paris, losing to Matthieu Dafreville (FRA) who’s not present in Rotterdam, with Nicolas Brisson taking his place. Ono also won the Grand Slam of Moscow and is one of the major favourites to win here. At 29 he’s one of the oldest, but most experienced fighters, along with European fighters like Dominique Hischier (SUI-30), David Alarza (ESP-32) and Winston Gordon (GBR-32), who are still competing but haven’t won any major medals in the last two years.

Korean Kyu-Won Lee was the 2008 finallist at the Grand Slam of Tokyo but would surprise by winning a medal in this class. Hee-Tae Hwang was the last Korean World champion in this class.
Pan American Champion Alexandre Emond (CAN) won a medal at the World Cup in Belo Horizonte. Perhaps his coach Nicolas Gill can bring him the skills to be his successor in this half middle weight.

Dilshod Choriev (UZB), second at the Asian Championships, can be an outsider for a medal too.

The talented Varlam Liparteliani will meet a former compatriot in 2004 Olympic Champion Ilias Iliadis, who was born in Georgia. The one who wins here can look forward to a possible match against Takashi Ono.
Current World champion U81kg Tiago Camilo (BRA) is now fighting succesfully in this weight class. Camilo won bronze at the Grand Slams of Moscow and Rio and won the World Cup of Belo Horizonte in July.