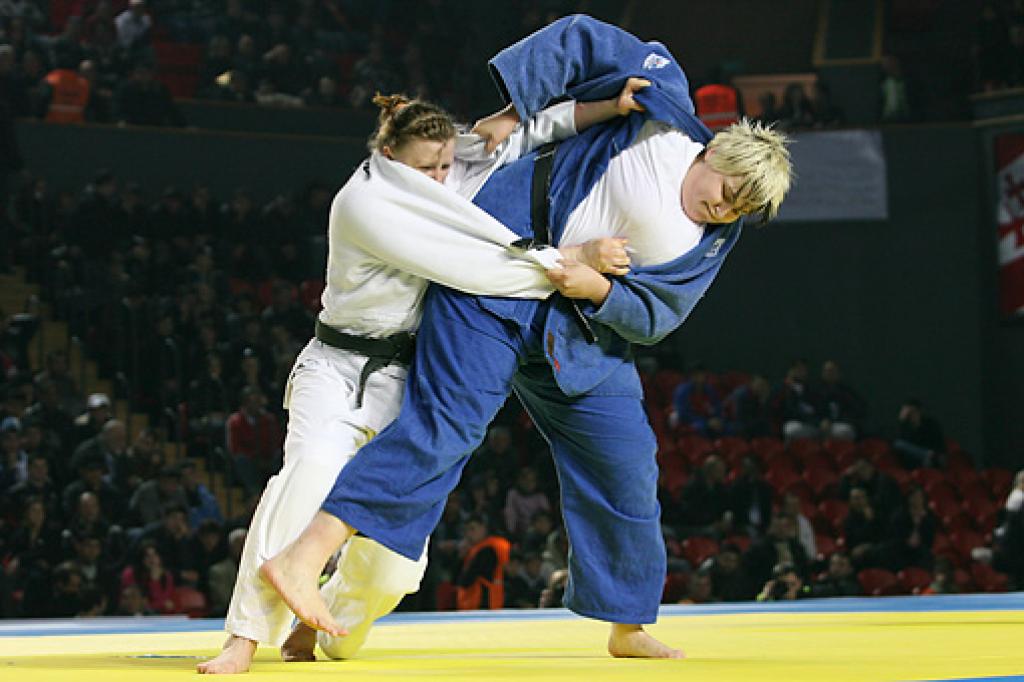 Wen Tong (CHN) and Maki Tsukada (JPN) are old rivals and will probably meet again at the world championships in the plus weight category. Tong beat Tsukada twice at previous world championships, in the semi final of 2005 and the final of 2007. Tong then won the Olympic title in Beijng, defeating Tsukada for a third time.

Although the competition may be less than in other weight categories, it still will be an interesting class, as the top is very close with rivals such as Idalis Ortiz Boucurt (CUB), Tea Donguzashvili (RUS), Na-Young Kim (KOR) and Lucija Polavder (SLO).

All Olympic medalists from Beijing are in Rotterdam.
Ortiz Boucurt won the ‘double’ in Pan America. She won both the plus category as open class in Buenos Aires last March.

Gulzhan Issanova (KAZ) became Asian champion and is medal candidate and can be the first ever female medal winner for her country. Na-Young Kim finished second in the open category and third in the original weight class over 78kg.

From the European perspective it’s good to see Karina Bryant (GBR) back in the field. She won six previous world championships medals from 1999 until 2005 and won the competition in her own country.

Donguzashvili won bronze at the world championships in 2003 in Osaka and an Olympic bronze medal in 2004. She won an astonishing nine medals at European championships. She worked towards a good shape and successfully won the German Open in July.

Lucija Polavder (SLO) is a serious medal candidate. The bronze Olympic medalist was runner up at the last world championships in Rio and got stronger and stronger this year.

Urszula Sadkowska (POL) is an outsider for a medal. She won the World Cup in Madrid and won silver at the European Championships in Tbilisi this year.