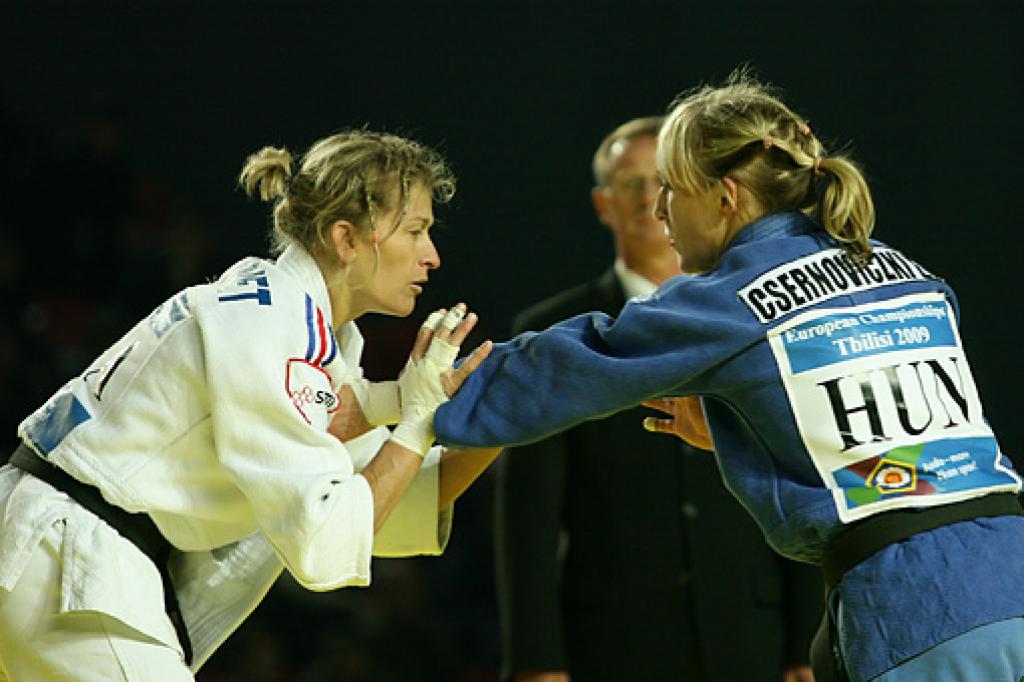 Olympic Champion Alina Dumitru (ROM) is the one to watch in the Women’s U48kg category at the World Championships in Rotterdam.

After her title in Beijing she was forced to take a break because her coaching team felt she was at risk of burning herself out. Unfortunately, she does not seem to have been able to recapture her momentum, and her form this year has been far from convincing. Although she still reached the final at the Grand Prix of Hamburg this year, she lost to one of her major competitors, Tomoko Fukumi from Japan.

Fukumi is the replacement for seven time world champion Ryoko Tani, who is currently pregnant. Fukumi finished third at the Grand Slam in Paris this year and only lost to her compatriot Emi Yamahishi (JPN).

But the danger will come from Europe as Frédérique Jossinet (FRA) lost two world title finals and doesn’t want that scenario again. She won the bronze in 2007 in Rio de Janeiro, but is the current European Champion and recently won the Grand Slam of Rio, showing that she will be a formidable contender in Rotterdam.

European finalist Eva Csernoviczky (HUN) finished 7th at the Olympic Games but can be a surprise this edition in Rotterdam. The current U23 European Champion recently won bronze at the FISU Universiade.

European outsiders for a medal are Britain’s Kimberly Renicks, who won some medals recently at smaller events but is in a good shape, and Italy’s Elena Moretti who won the Mediterranean Games in Pescara in July.

Home favourite Birgit Ente (NED) is always close to the top, but is expecting some serious home town support from the fans to push her into the medal bouts.

Other medal candidates from outside Europe will be Munkhbat Urantsetseg (MGL) and Jung-Yeon Chung (KOR), who also became Asian Champion in May.

Africans Meriem Moussa (ALG) and Chahnez Mbarki (TUN) divided the medals at the African Championships and have the capacity to reach the medal bouts.

Competition for gold in this category comes from all parts of the world. From Brazil Sarah Menezes is an absolute phenomenon. She won the world junior title last year in Bangkok (THA) and won two World cups this year in Madrid and Lisbon.

Argentine Paula Pareto won bronze at the Beijing Olympic Games and then gold at the Pan American Championships.