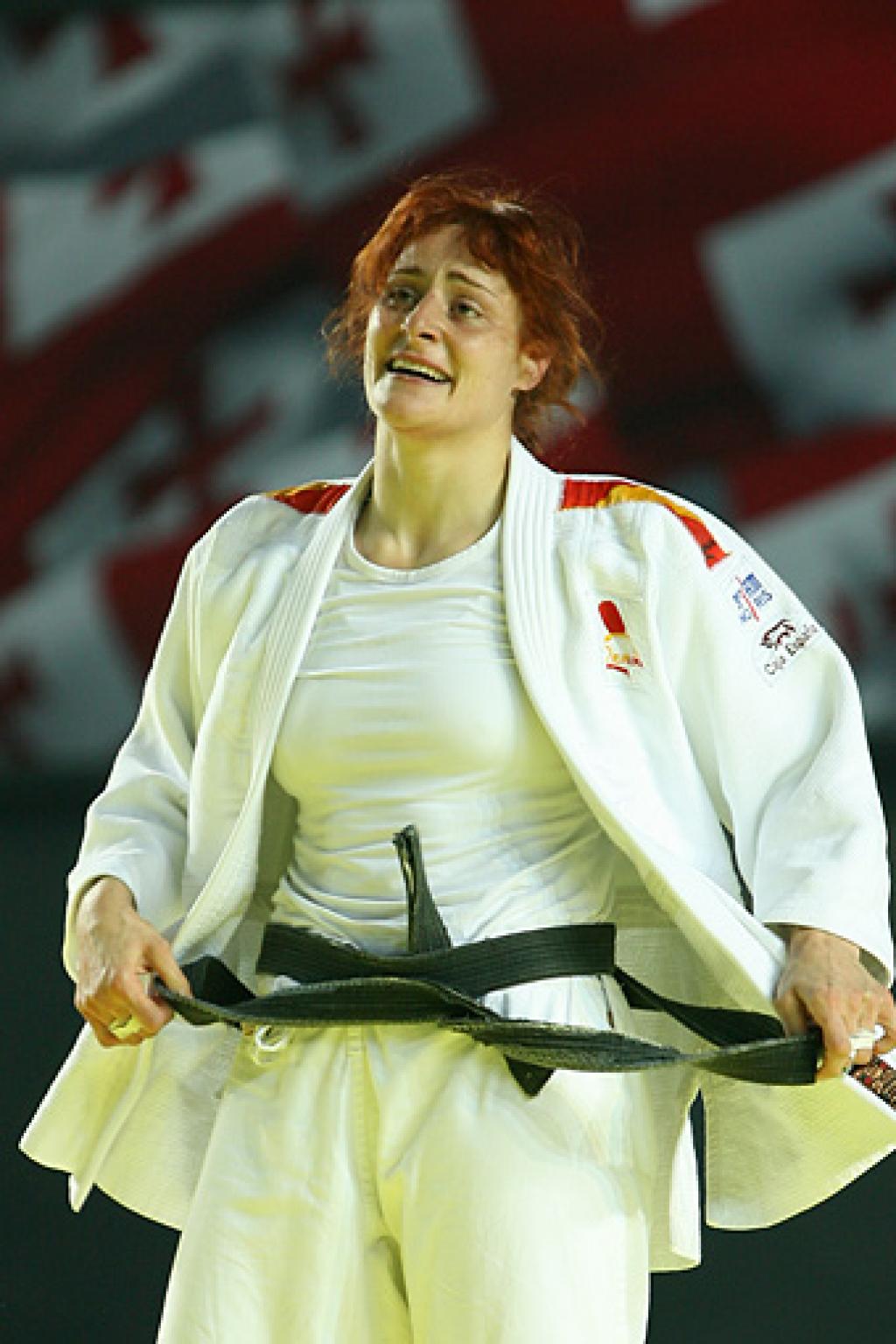 Céline Lebrun is back again. The World Champion of 2001 in Munich has been seriously challenged over the last few years by her compatriot Stephanie Possamai (FRA). But since her win at the Grand Slam of Paris, Lebrun is the undisputed number one of France again.

This alone makes her a top favourite for a second world title. Now in her own class, as in 2001 she won the gold in the open category.
Lebrun is 32-years-old, and still at the top. The oldest participant is

Marhinde Verkerk (NED) was the silver medalist at the Grand Slam of Paris losing to Lebrun and she lost to Heide Wollert at the German Open in July but that was a satisfying test.

Wollert is the previous European champion in this class but can win and lose from anyone. But as we could see on the first three days the Germans are doing well in Rotterdam.

Japan always has a strong participant in this class. Noriko Anno won the word title in this category three times from 1999-2003.
Since 2005 Yurisel Laborde (CUB) won the title twice, but there are question marks whether her compatriot Kaliema Antomachin can repeat the success. Nonetheless she won the Pan American Championship this year, and won bronze at the FISU Universiade. The silver medalist was Gyeong-Mi Jung (KOR), the current Asian Champion. She won the bronze at the World Championships in 2007.

Vera Moskalyuk (RUS) won the Grand Prix of Tunis and fine tuned her shape with bronze at the German Open in July. She lost to Verkerk but defeated Yahima Ramirez (POR), one of the outsiders for a medal.
Rachida Ouerdane (ALG) is five times African Champion but never won a medal at world championships. But Africa get stronger each edition and Ouerdane is one of the most experienced fighters in the field.