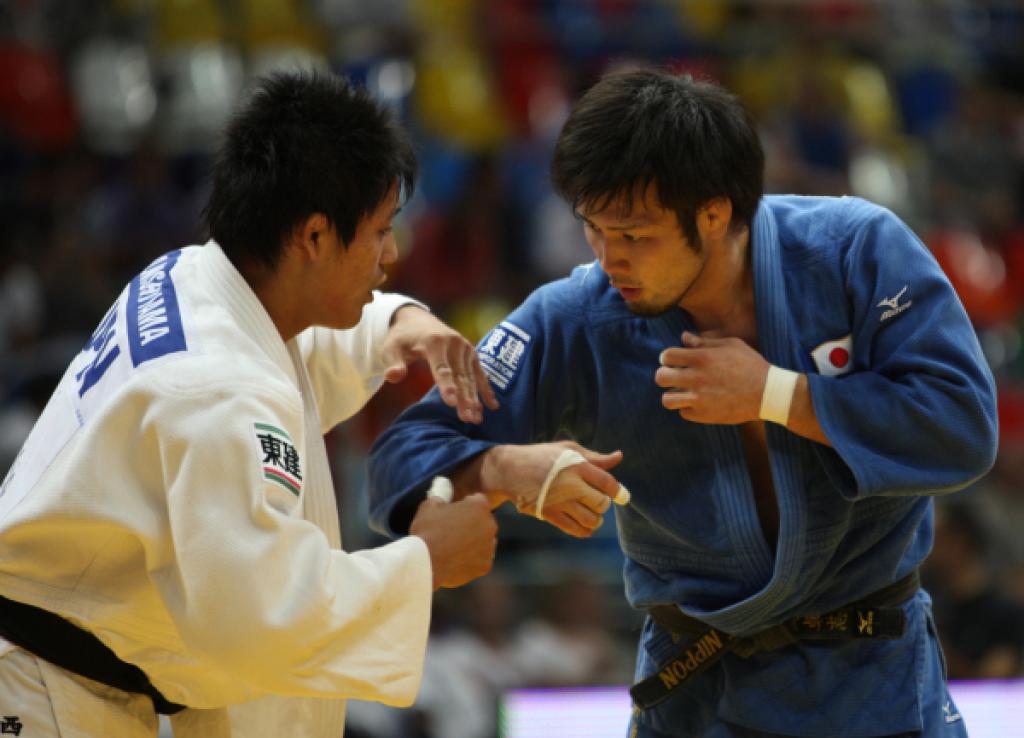 The World Championships will start in two days. Let’s take a look at the favourites for each male category.

U60kg
Rishod Sobirov and Hiroaki Hiraoka are the top favourites in this category. They have showed the best form this year in the pre season. Reigning World Champion Georgii Zantaraia warmed up at the German Open in Hamburg recently is ready in the exciting category. Outsiders: Milous Sofiane, Jeroen Mooren, Lupo Paischer to name a few. Competition is tough in this category.

U66kg
What about the U66kg category, with Khasbaatar Tsagaanbaatar of Mongolia leading the dance and reigning world champion. He has competition of his compatriot Sanjaasuren Miyaragchaa.
Alim Gadanov is always good at the major events, but is an outsider for the title, just like other mainly European fighters Uriarte, Ungvari.
Japan sends Ebinuma and Morishita, maybe not the ultimate rolemodels for Japan, but at home always a chance for a medal.

U73kg
Korean Wang Ki-Chun is still ranked number one U73kg, as world champion and gold medal winner in Paris and Tokyo. You can count on him, but he faces competition of compatriot Bang Gui-Man, the world’s number two. Japan however wants to win the title at home with its specialists Akimoto and Awano. From Europe we can expect Dirk van Tichelt, Volodymyr Soroka. But we can name some others who won a lot this year, but if they can measure with the Koreans is the question.

U81kg
World Champion Ivan Nifontov showed what he can at home in Moscow at the Grand Slam. He is still magical, although we haven’t seen him that much this year, but he able to peak at the right time. Kim Jae-Bum is stable the whole year and leads the new IJF Ranking U81kg.
The Brazilians Guilheiro and Canto can stunt in Brazil, but can they do it Japan? For the host country U81kg is one of the weakest categories. The Europeans are strong: Burton, Elmont and European Champion Sirazhudin Magomedov. But if the can deal with the best ranked in this division is doubtful. It’s judo though, anything is possible.

U90kg
The category U90kg is led by Japanese Takashi Ono. He is sensationally strong and it’s five year ago that Hiroshi Izumi took the world title in Cairo, so the home crowd is looking forward to this category. Izumi will face competition of a few, but without a doubt he is the main favourite. According the World Ranking Dilshod Choriev (UZB) is ranked 2nd. CHoriev was beaten in Paris, Kirill Denisov was defeated in Suwon, Nishiyama in Paris, Liparteliani in Tunis. You’d better watch Ono, who will challenge him?

U100kg
Takamasa Anai is one of the major favourites in the U100kg division. He’s is all promos and the pressure is high, can he stand it? This year he showed a great difference in stability, so the pressure is not helping him. He lost to Correa (BRA) in Moscow, and Elco van der Geest (BEL) in Rio. Than Henk Grol, is he fit again after his knee and back injury. He lost to rival Van der Geest at the European final, so Belgium is looking forward to the first ever World Champion in the men’s category. Not Vandewalle, not Van Barneveld, nor Van Tichelt have ever won the World title. The Belgian team can be one of the sensations in Tokyo.

O100kg
Who doubts about another world title for French Teddy Riner? We should all, but without a doubt he’s the big man. Nonetheless sharpshooters like Islam El Shehaby (EGY), Abdullo Tangriev (UZB, the last man to beat him) and Oscar Brayson (CUB) can only win. But the Japanese team will not sign for silver. The fans claim the gold for Keiji Suzuki, quite a task. Kazuhiko Takahashi is an outsider, he lost to Riner in Suwon.