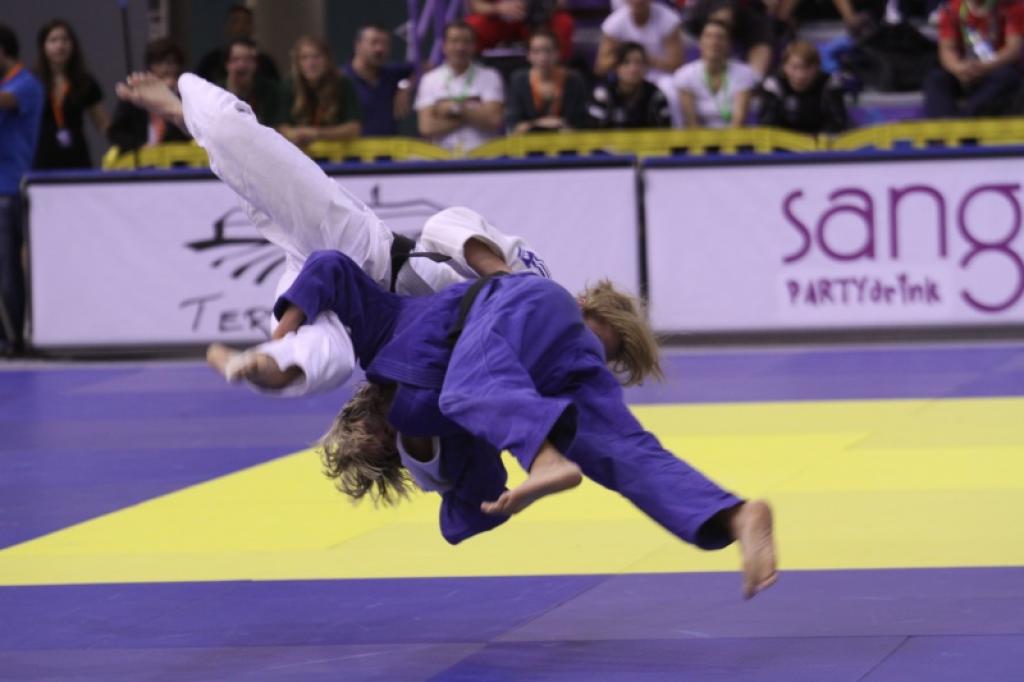 This weekend you can enjoy two World Cups again in our website. Lisbon (POR) and Tallinn (EST) will host the World Cups. The Portuguese crowd hope to see the talents of their country like Telma Monteiro and Joana Ramos who both defend their title of 2009 and are the first seeded in the draw. Yahima Ramirez also won in 2009 U78kg but it was her last World Cup victory. Since then she finished 9th twice at the World Championships in Rotterdam and Tokyo and won bronze this year at the World Cups in Sofia and Oberwart.
Joana Ramos (U52kg) is in the best period of her judo career. Last year she started well at the Grand prix of Düsseldorf and won gold in Abu Dhabi and silver in Moscow. This year she reached the final of the European Championships and won a bronze medal two weeks ago in Moscow.

Telma Monteiro is very stable in her performances although most of the times the silver is closer than gold. She won silver in Istanbul at the Europeans but took gold in Baku at the IJF Masters in January. At the Last two World Championships she lost the finals. Now she is determined to show her home crowd who’s the queen in this heavy category U57kg.

In Estonia the men will fight for the prices. Over history the Russian did well with five gold medals since Tallinn became a World Cup. Russia is followed by France (4) and Ukraine (3). The Ukrainians won the most medals, 17 in total and many men are expected to participate this weekend again.

Estonia won three gold medals at the World Cup. Martin Padar has a slight injury and won’t be fighting to defend his title. He won both in 2008 as in 2009. In 2010 the women came to Tallinn. In 2009 the French judoka won four gold medals. Those winners are not competing this time. Antonio Ciano (ITA) who won in 2009 is present U81kg is not present but some good alternatives from Italy are. It will mean we can see seven new champions in Tallinn.

170 Fighters from 33 countries have subscribed with some non European fighters representing Australia, New Zealand, Tajikistan, Togo, Ghana and Brazil with some strong fighters who have fought in Moscow and Bucharest over the last weeks.
The category U90kg seems to be very strong although most competitors compete U73kg (34).

At the draw the coaches were asked for their attention to communicate to the athletes that deliverate impassivity in the last seconds of the fight can be penalised with hansokumake.

Join our broadcast this weekend. Watch the banner in our homepage with links to the video feed and results pages.
Former Estonian medallists like Martin Padar, Indrek Pertelson and Alexei Budolin will be present on-site and they can watch the matches and gives us some good inside information about the athletes.

Please visit the calendar section for both draws.