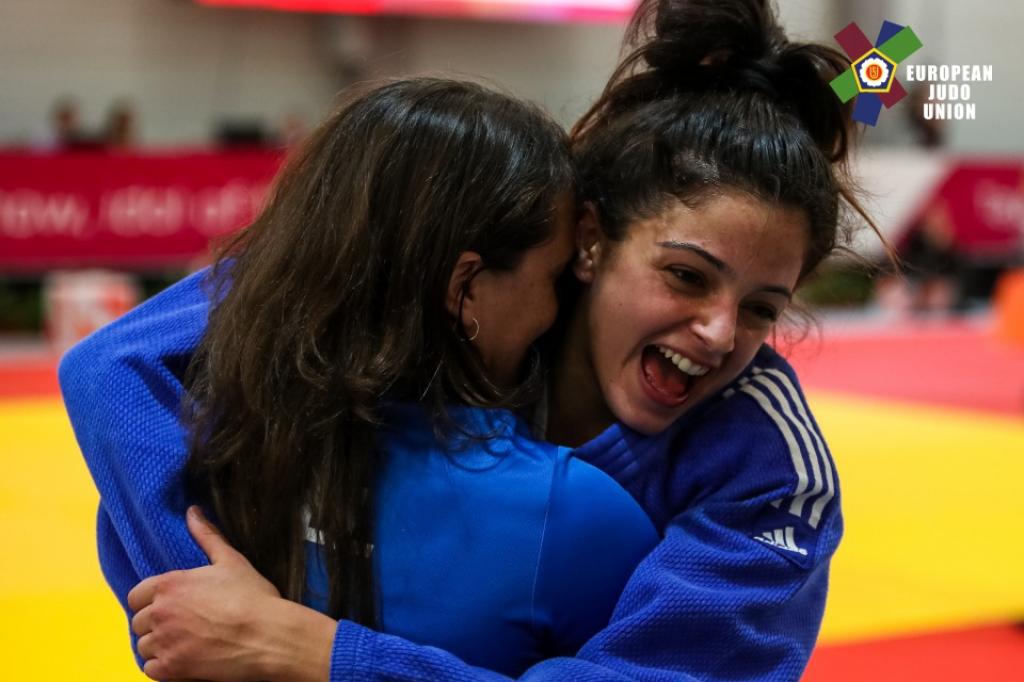 Hungary took the lead on the medal table after day two of the European Youth Olympic Festival Gyor 2017, when SZEREDAS Botond stunned his Austrian opponent, Samuel GASSNER for Ippon in the final of the -60kg category. In addition to Hungary’s success, Serbia, Israel and Georgia also delivered victorious moments.

The player of the day is Gefen PRIMO of Israel. The 17-year-old judoka began her day as number two seed and first took out Susanna SUNDBERG (FIN). Primo scored three waza-ari against Sundberg and to wrap up the contest, she [Primo] held down her Finnish opponent for the full 20 seconds. In the quarter-finals, Primo faced later on bronze medallist, Lou-Ann MASSON (FRA). During this contest, the Israeli judoka shined with an uchimata-ouchigari combination to flatten Masson for Ippon. Meanwhile, Primo’s rival, OZBAS Szofi (HUN) lost during her quarter-final contest against Romania’s Ramona MICULA. Primo explained that the defeat of her rival [Ozbas], whom she lost against at the Cadet Europeans few weeks ago, did not affected her in any ways, in fact, she was only focusing on her judo. 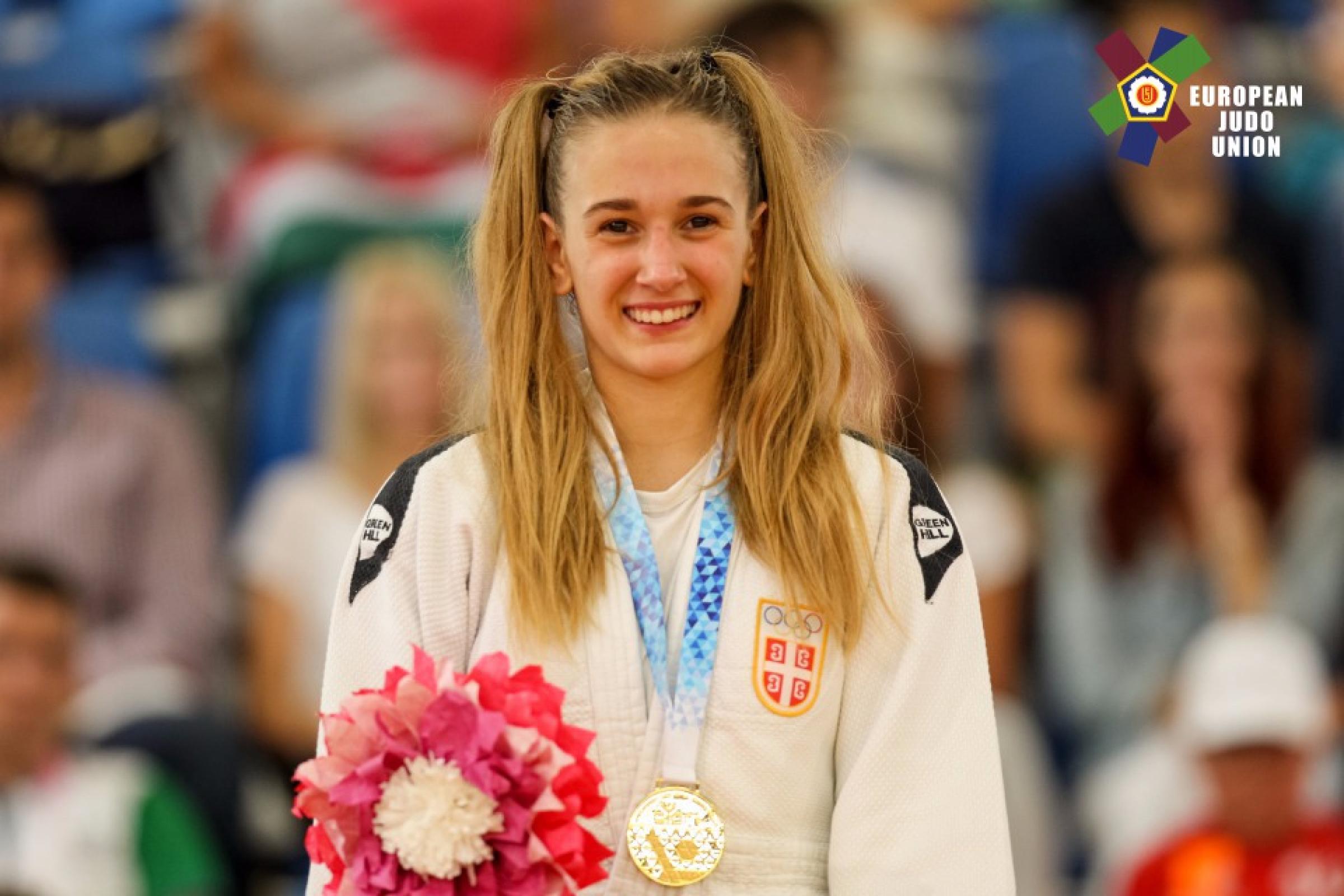 Andrea STOJADINOV (SRB), winner of the -48kg category: “I wanted gold here because I was really upset with the results in Kaunas, but now I am happy. The second fight was very difficult against the French girl and I panicked a lot but I made it in newaza and it was lucky, more than I expected. I am very glad that I improved my results from Kaunas and I can’t say my team didn’t expect this. They did, but it is always stressful and it is always loads of pressure on me but today, finally, I was able to sing the national anthem for me.“ – Gabi Juan 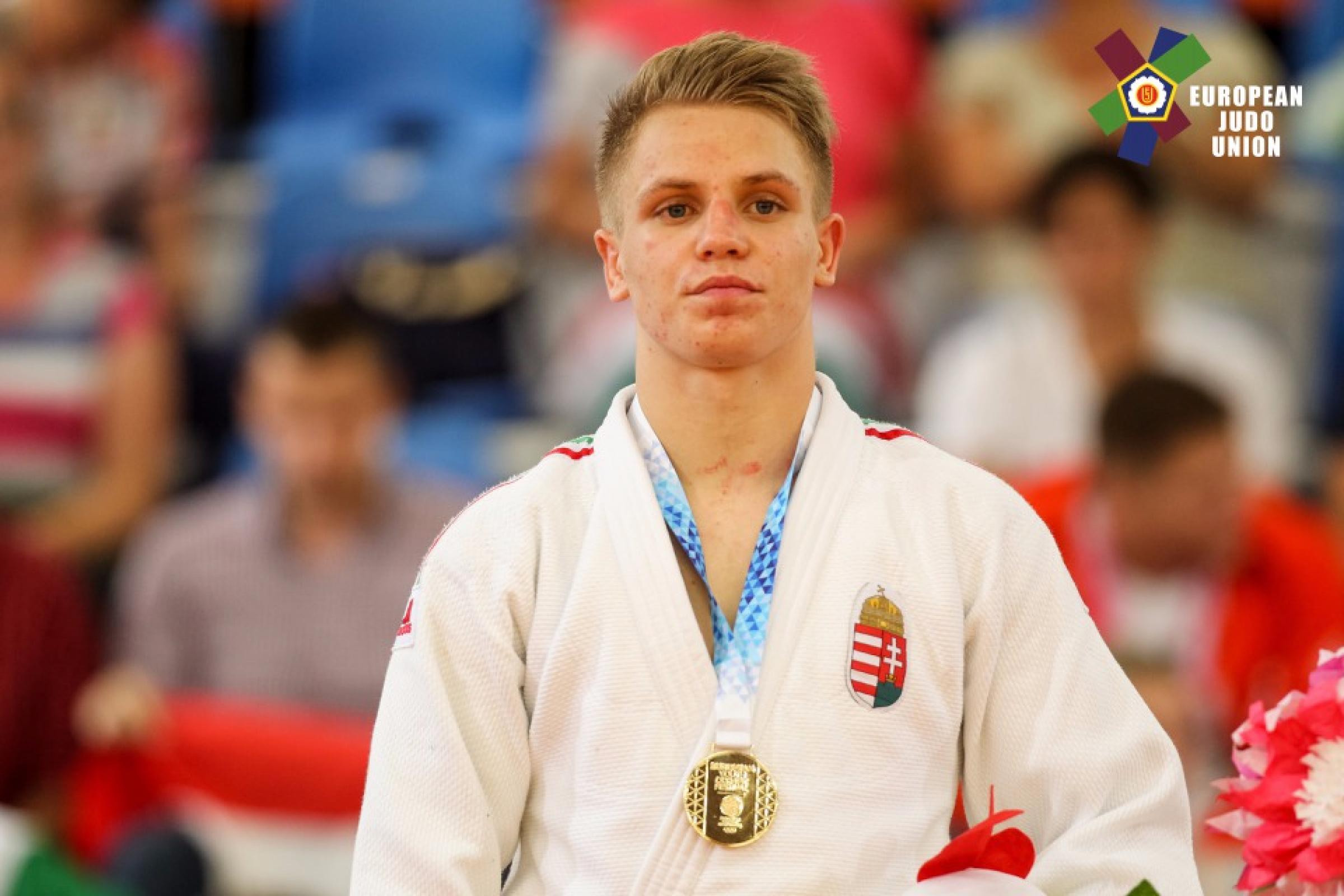 SZEREDAS Botond (HUN), winner of the -60kg category: “To be honest I am really glad to reach this result and very happy obviously. The semi-final was the hardest because it took so long and took a lot out of me, and of course it was a must win for a medal. The Ukrainian guy was so strong and I knew I needed to throw him so I struggled with his strength; but at the end I managed.“ – Gabi Juan 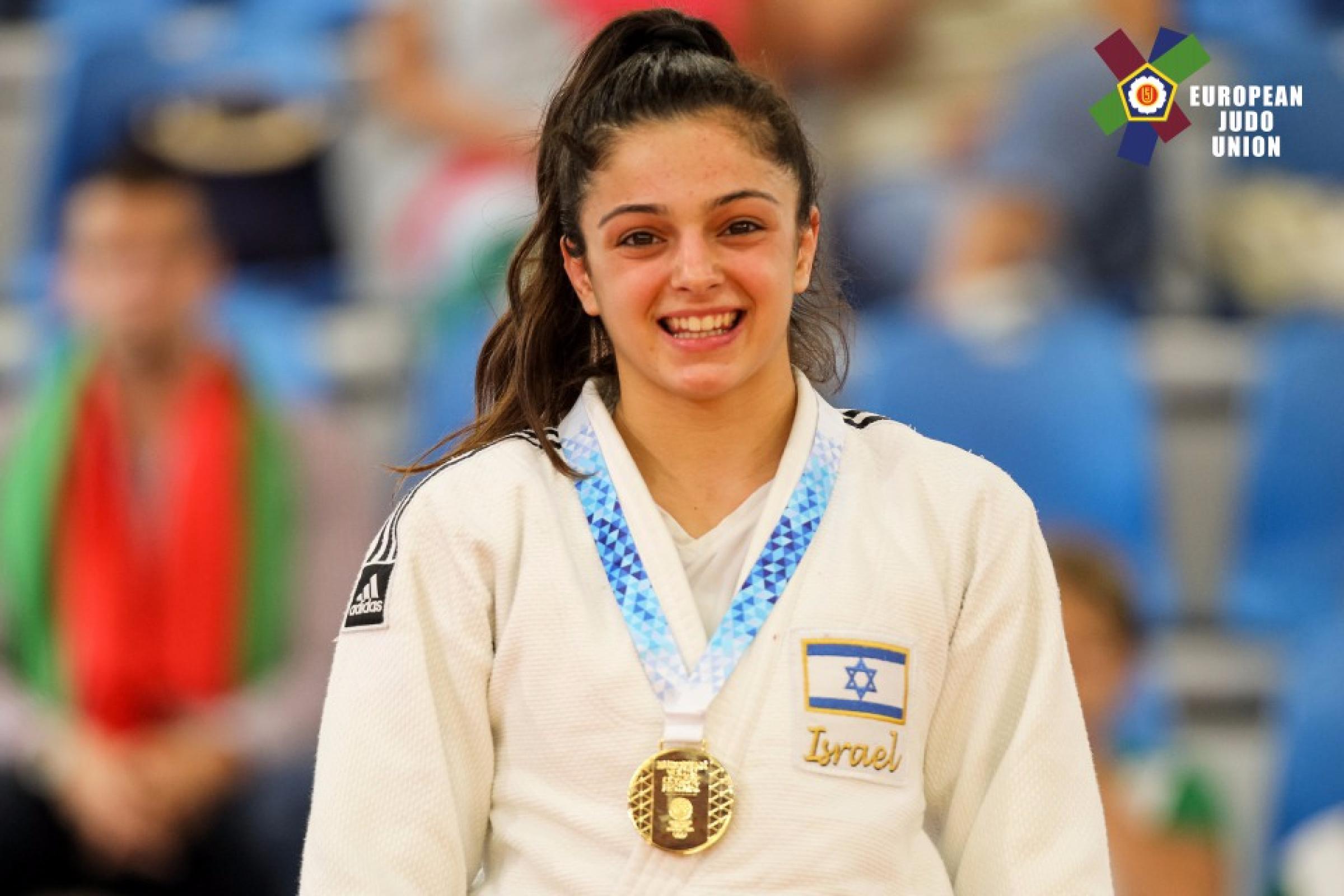 Gefen PRIMO (ISR), winner of the -52kg category: “I never fought with the Romanian girl before but I thought that if she is in the final she must be good. In the final, I expected a good fight and I had to make sure to keep moving and keep trying. I really wanted the gold medal. I am really happy to win and it is nice to end my Cadet career with a gold medal.“ – Gabi Juan 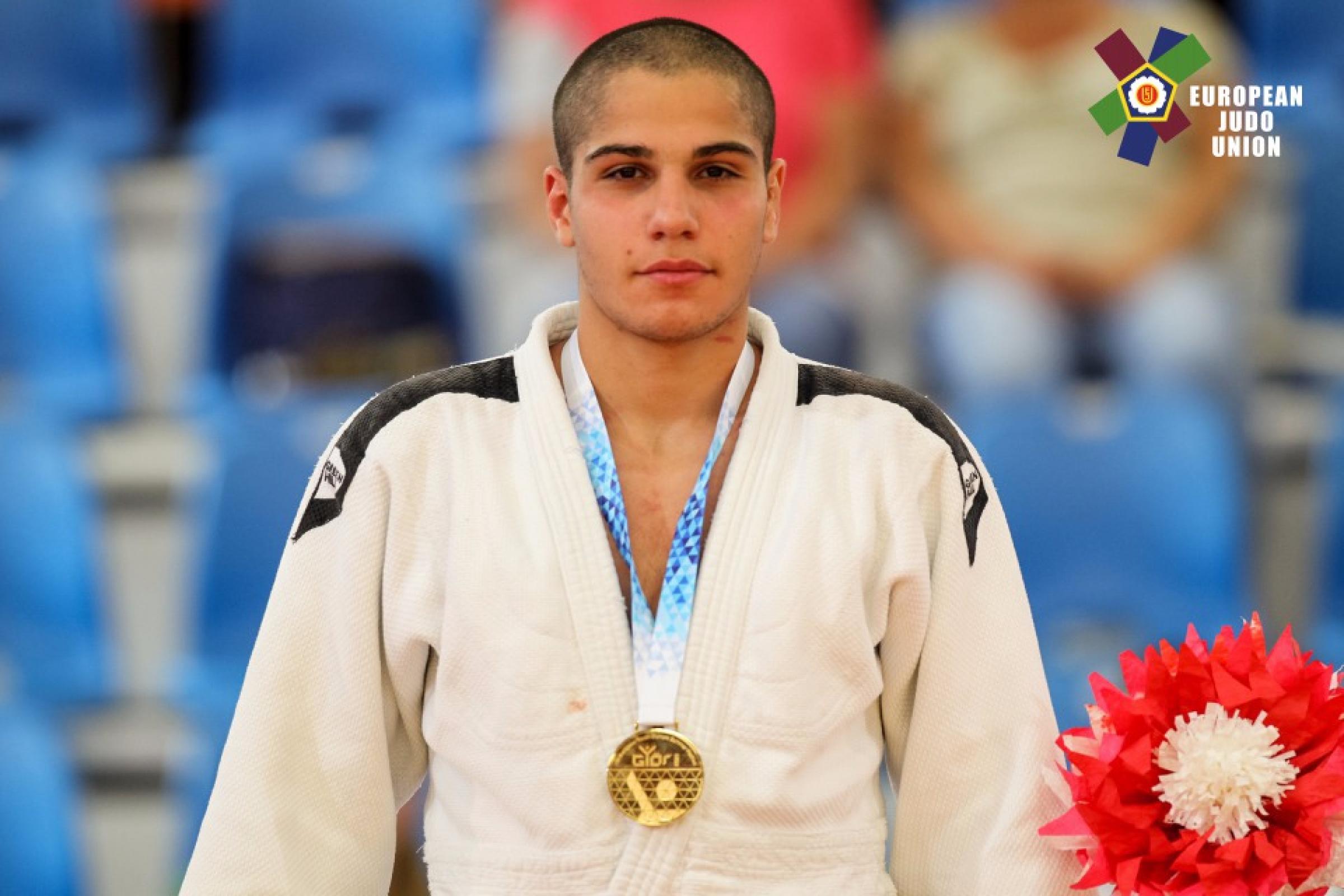 Giorgi CHIKHELIDZE (GEO), winner of the -66kg category: “All of my contest were really hard but my second was the hardest against Gnyaz Mahmudlu from Azerbaijan because he was very strong. I always want to win by Ippon so I am happy but not fully satisfied.“ – Gabi Juan

Although, Primo was not able to take revenge on her primary rival, she showed dominance throughout the whole day. During her semi-final, Primo faced Kubra SENYAYLA (TUR), where within the last minute of the contest, the Israeli judoka shined again with her ne-waza skills and successfully completed her sangaku attempt to secure her spot in the final. Romania’s Micula was waiting for Primo on the upper half of the draw. It was the first ever international attendance for Micula, which for Primo meant facing the unknown.

“I never fought with the Romanian girl before but I thought that if she is in the final she must be good. In the final, I expected a good fight and I had to make sure to keep moving and keep trying. I really wanted the gold medal.”

Primo was right about her opponent as it was first Micula who scored for waza-ari. Not long later the Israeli judoka managed to bounce back with a waza-ari score and to end the competition in style, Primo stunned Micula with a spectacular uchi-mata to earn the first gold for Israel this week at the EYOF Gyor 2017.

“I am really happy, I wanted the gold badly. It was really exciting on the podium to listen to your own national anthem and I am really proud.”

When asked whether she would swap the European silver and EYOF gold, Primo responded;

“Uh, this is a difficult question to ask, but I think ending my Cadet career with a gold is unreplaceable.” 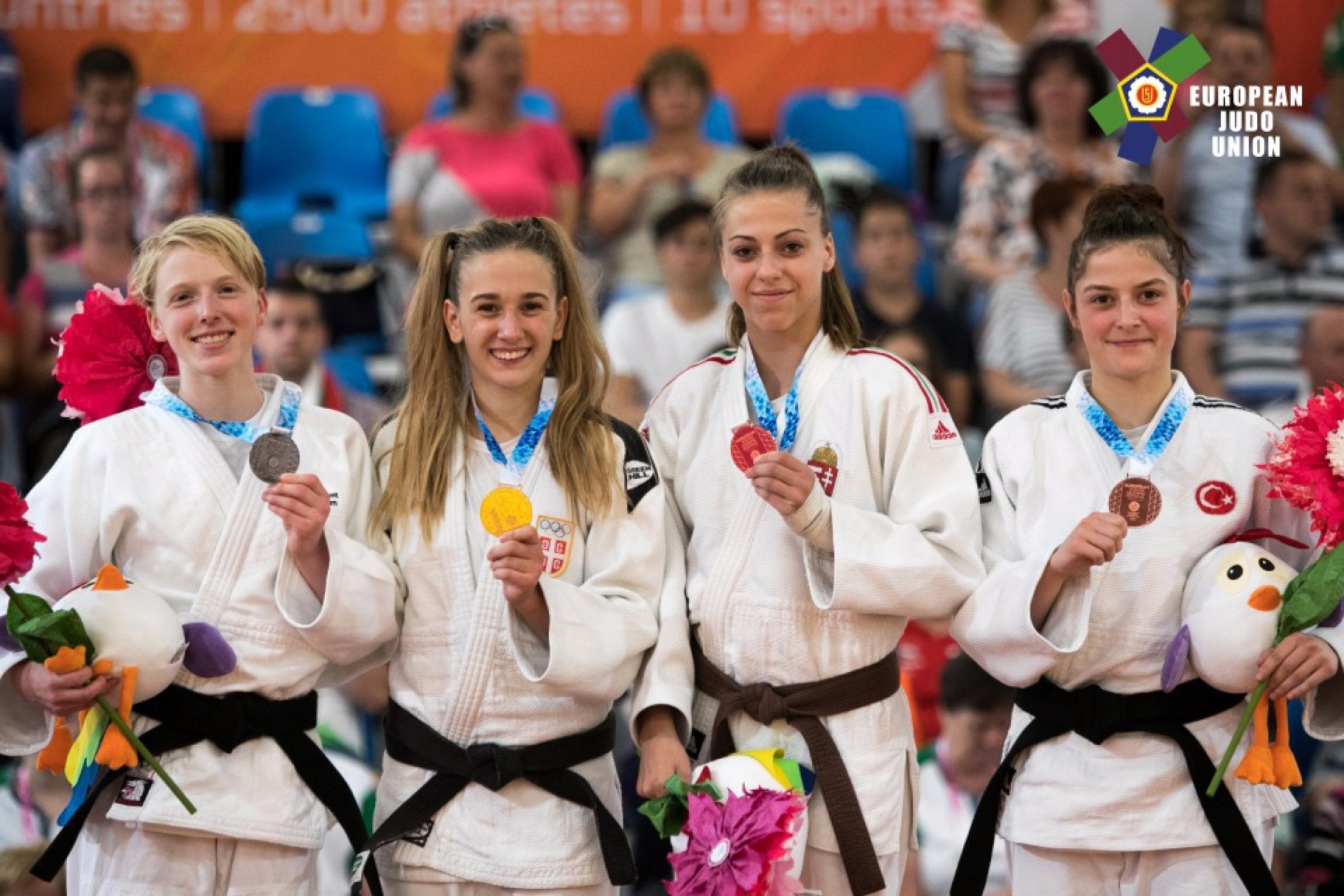 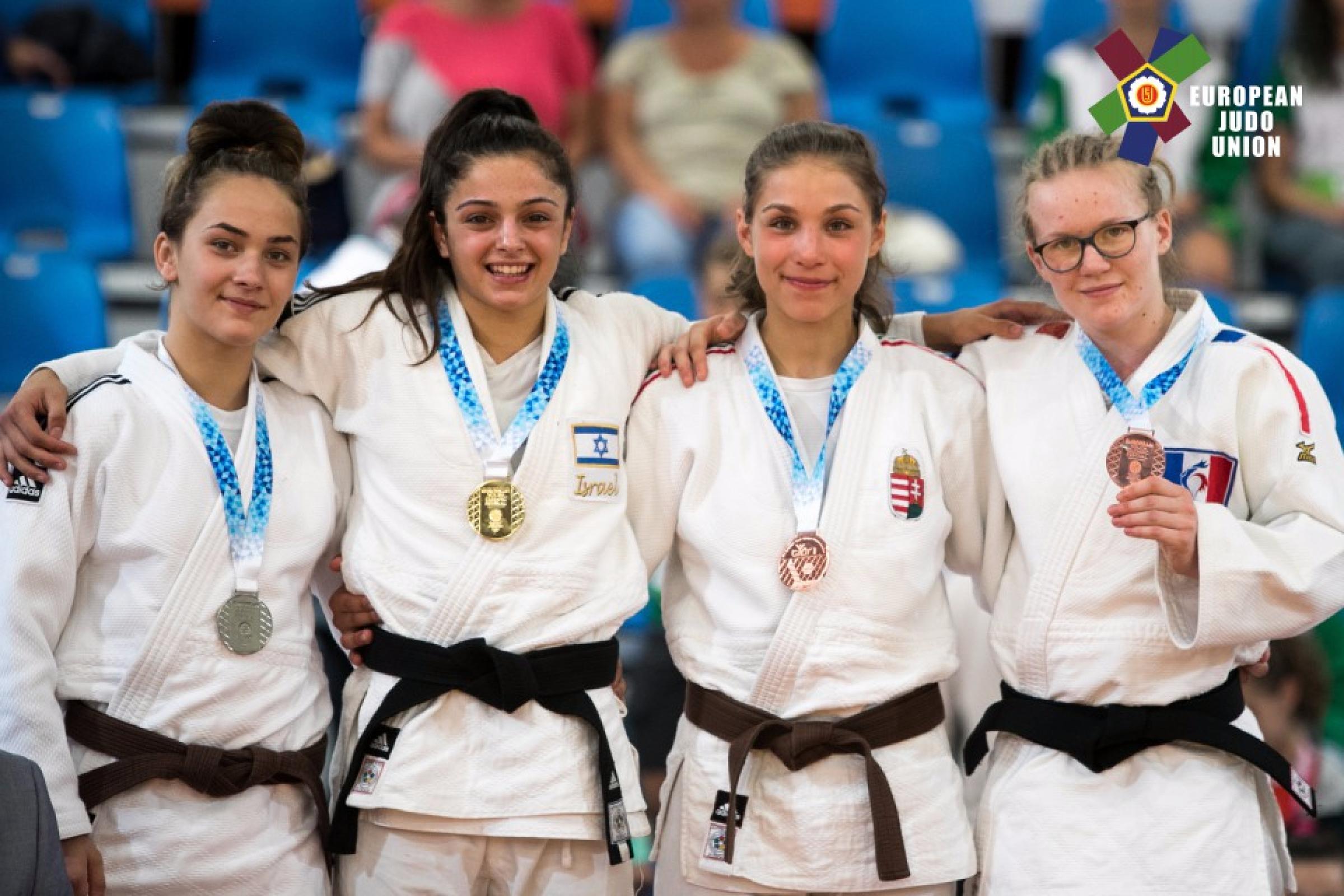 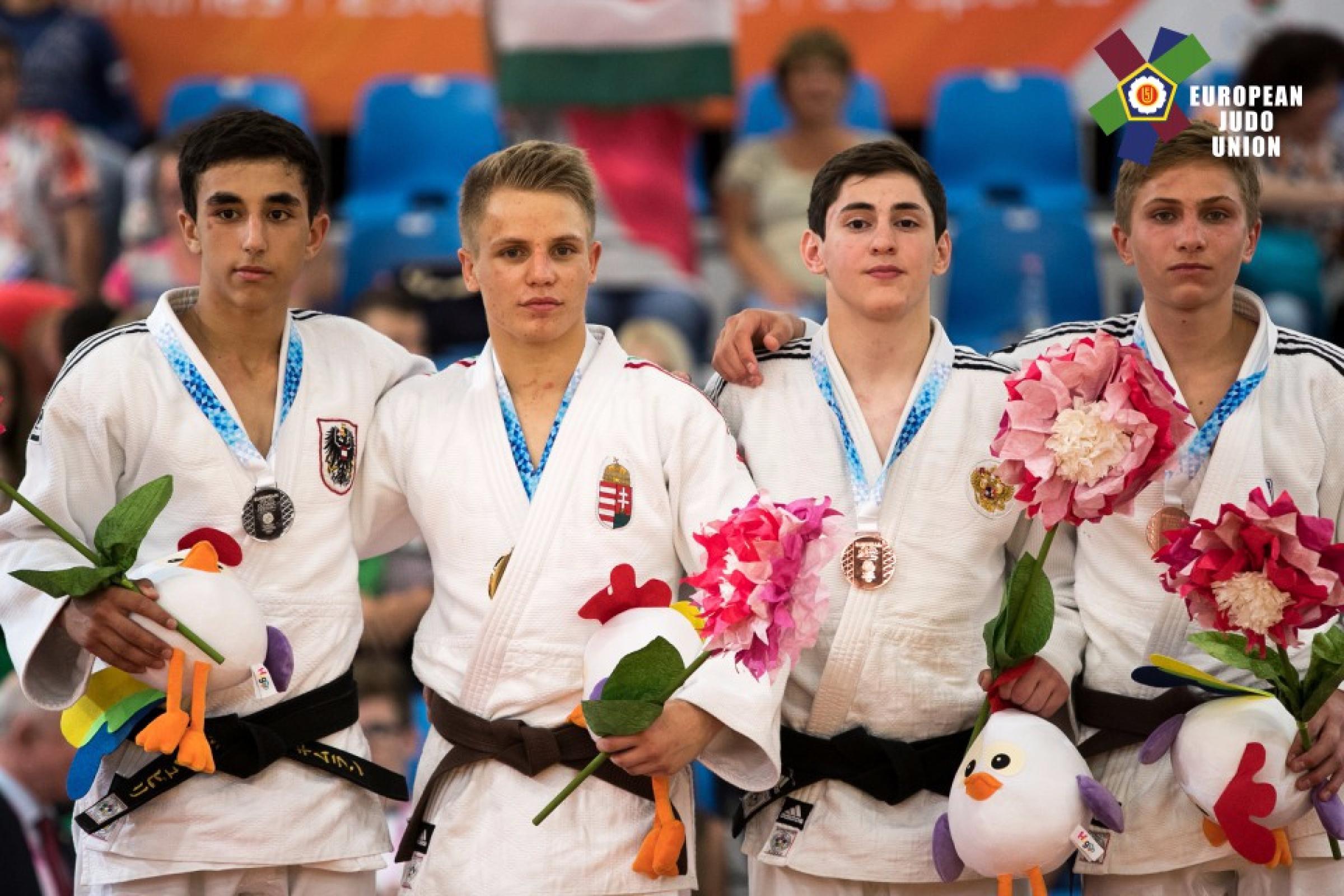 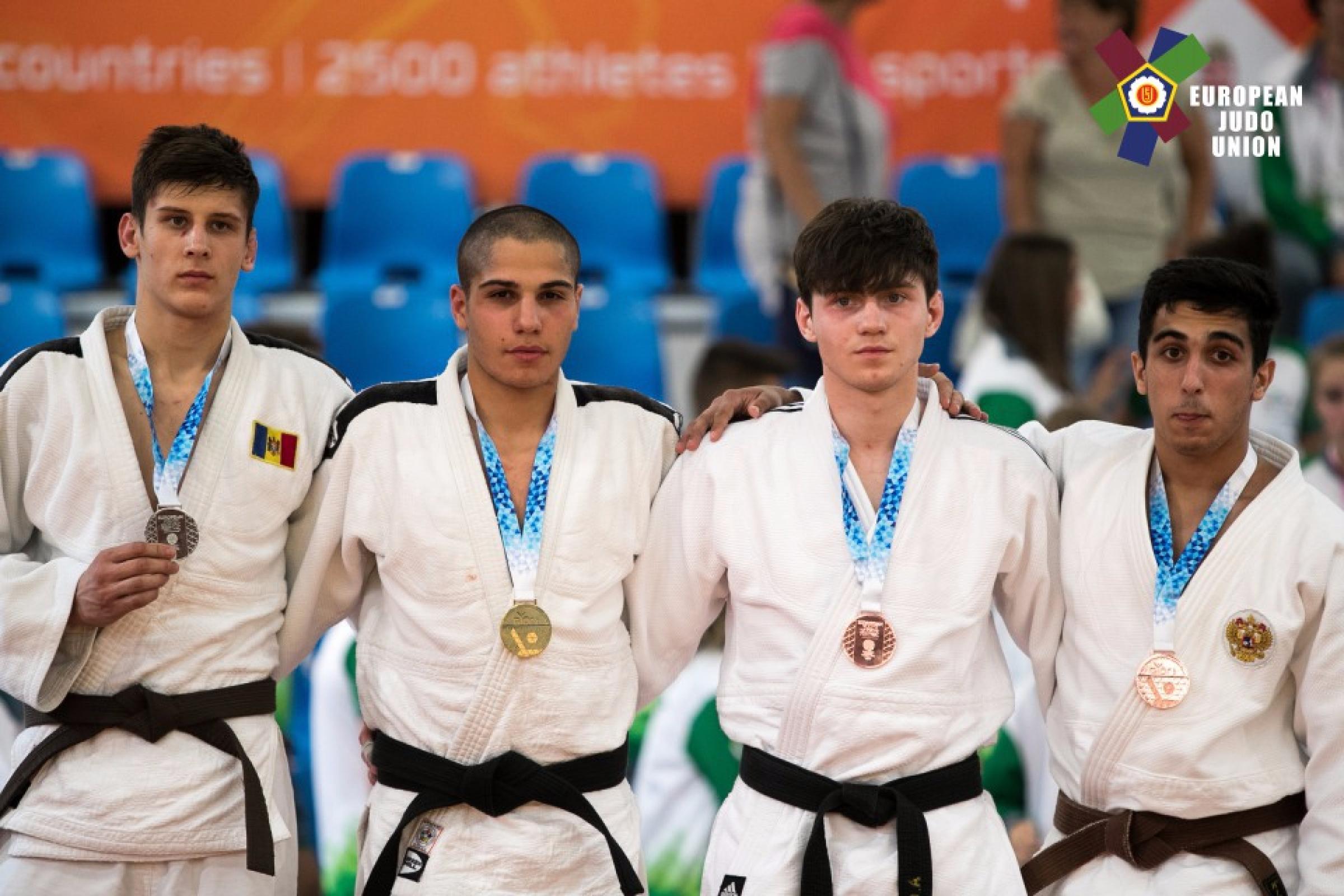