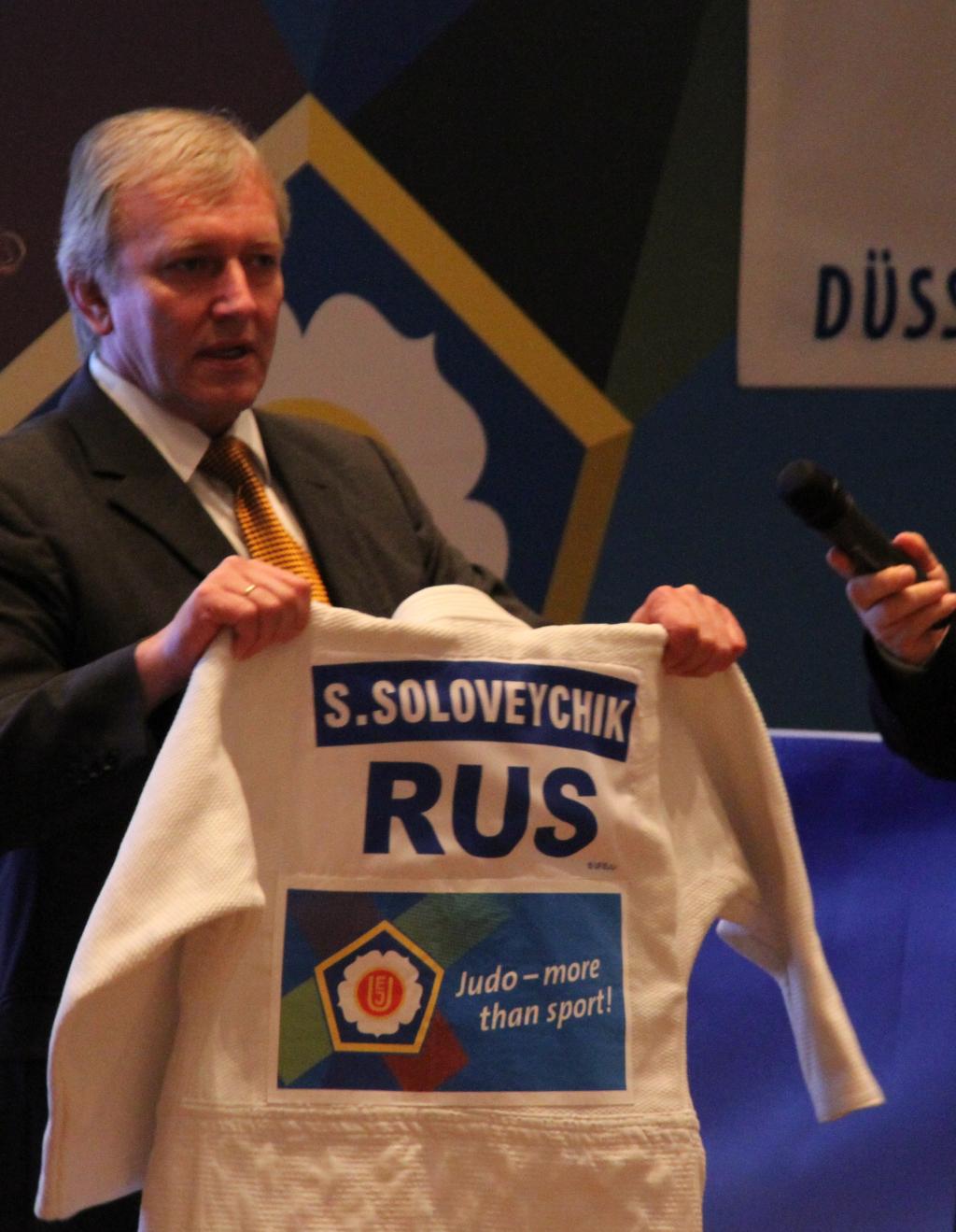 Who is Otto Kneitinger and what ambitions does he have? Let’s get to know him.

Otto Kneitinger is well known in the world of judo because he used to be president of the successful club TSV Abensberg. For 21 years he was the president and won the European Club Cup as well as many German Titles. He’s now vice-president of the club and recently won the German title again in a tight final in Hamburg. After a 0-3 backdraft Team TSV Abensberg came back with the needed ippons, and Otto could wipe off the sweat of his head. ‘I have never ever attended in such an exciting final!’ He said just after wining the German Bundesliga.

Not only he has been an administrator in judo for 30 years, but he used to fight a little himself as well. Kneitinger (now 55 years) started judo at the age of 12 in his hometown Abensberg. He can wear the 3rd dan grade and fought with great fighters like Günther Neureuther, Peter Seisenbacher, Robert van der Walle, and Robert Köstenberger.
However his major idol is French superstar David Douillet, currently a colleague of Kneitinger as a representative of Adidas. Douillet now owns a his own judo line ‘DoubleD’ and Kneitinger is the representative for Germany.

But of the younger generation he also enjoyed the skills of Kiyoshi Uematsu (ESP), Ariel Zeevi (ISR), Jimmy Pedro (USA), Nuno Delgado (POR), Ilias Iliadis (GRE) and Miki Ungvari (HUN) to name a few judoka from everywhere in the world. Obviously all fighters represented Abensberg in the European Club Cup in the past or still.

In his task for the EJU he has the ambition to to judo in a better position in the media. One of the tools to reach this is the backnumber. A clear necessity to make judo more attractive, to get a structural way of presenting judo for television and giving the opportunity to have sponsor space on the back for each event with a brilliant solution to change the sponsor name in 10 seconds.

Kneitinger: “We must be able to reach more public interest for judo. This will help us to get sponsors, attract media and at obviously to save our Olympic status. There’s much competition in martial arts, but so far we are the number one martial art. But we must develop and explore to stay in that position.”