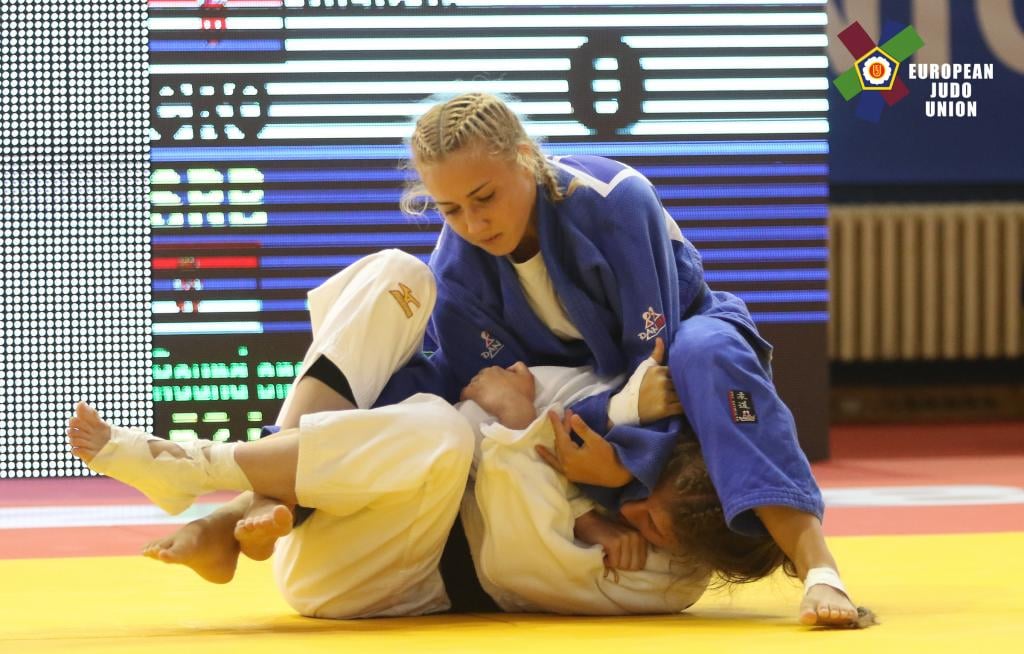 This weekend Belgrade hosts their annual European Judo Cup. Belgrade will once again enjoy to be listed as EJU event, this time as European Cup. Next year, it will form back to be a European Open. Almost 300 athletes across 34 countries contesting each other over the weekend at the Sports Hall Voždovacki Centar Sumice. Serbia entered 67 athletes and the outcome of the first day looked rather promising as they finished on top of the medal table with 2 gold, 2 silver and 5 bronze medals.

Both golden performances were delivered from the female side of the team. Svetlana DAKIC claimed victory in the -63kg category whilst Jovana ROGIC outclassed the -57kg category. The latter was rather interesting as Rogic faced up and coming youth, Maric PERISIC in the final. The experience won it for Rogic as although it was well into golden score when the more matured Serbian judoka (Rogic) managed to pressure Perisic to receive her third and final penalty.

Prior to the event, the President of the Serbian Judo Federation, Mr. Ivan TODOROV, thanked all EJU members present to facilitate this European Cup and help to organise this event. Furthermore, he added;

“It is a great honour to host you in Belgrade and I would like to spare a special thanks for the trust of EJU President Sergey Soloveychik to organise such event for the eleventh time in Belgrade. The 34 nations is an all-time record. Thank you all for coming and I hope there are a lot of good medals for your country and good memories. Goodluck and I hope everyone will be satisfied with today’s draw.”

Although from the stands but WRL #1, Aleksandar Kukolj is also at present cheering on the Serbian Team. World Champion, Nemanja Majdov is still training in Japan which is a fair reason for his absence, however, his brother, Stefan is competing in the -81kg, where the first four seeded athletes are from Serbia.

The tournament will once again begin at 10.00am local time with the final block being expected to take place from around 16:00 local time.