QUALIFIER #1 DRAWS TO A CLOSE IN ULAANBAATAR 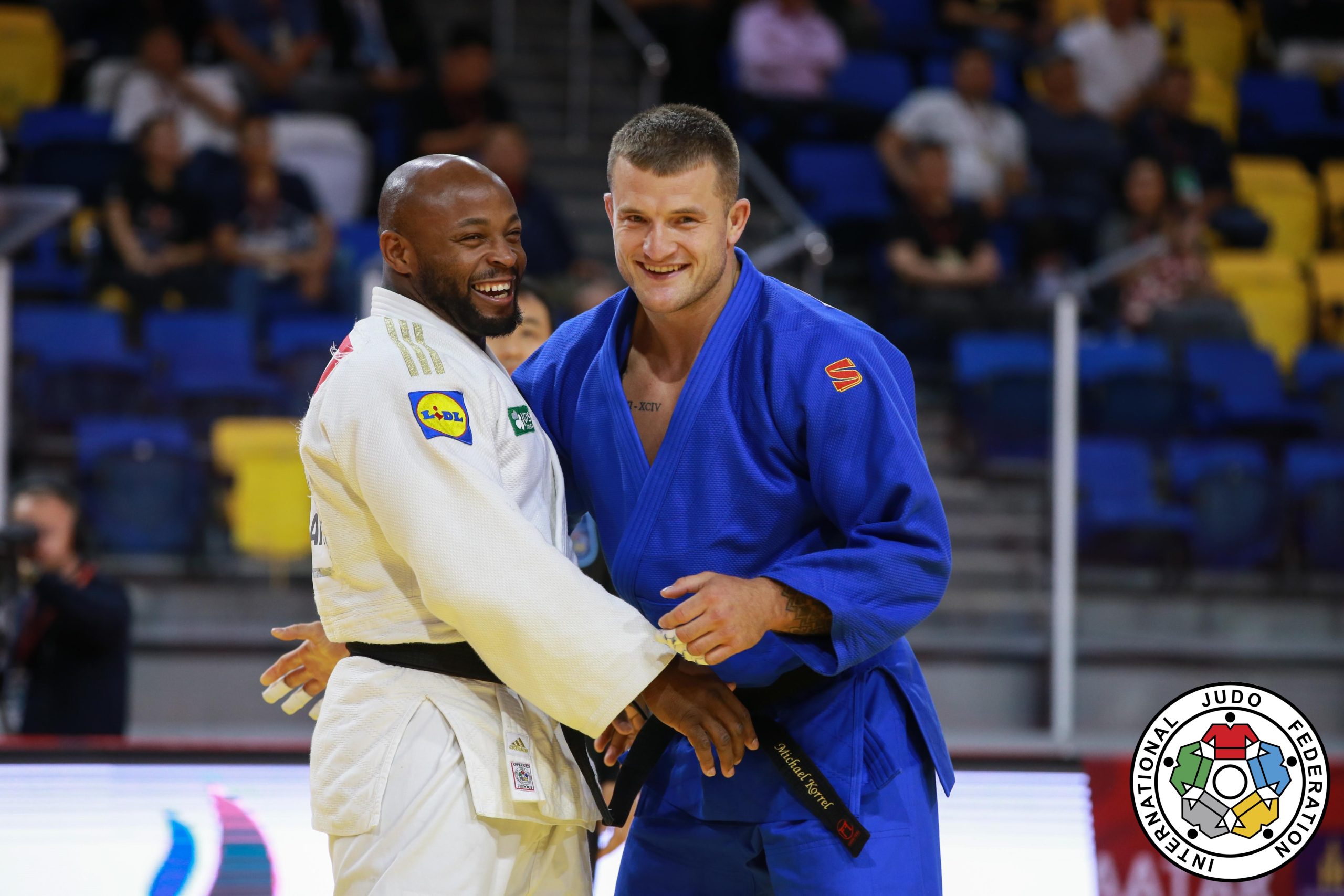 Noticeably on the final day in Mongolia, the athletes were struggling and penalties were rife in many contests.

It started off in this way for the initial contests of the -90kg category where Noel VAN T END ceded two shidos early on. His opponent, Erlan SHEROV (KGZ) caught up eventually as Van T End applied the pressure, in this instance Sherov was fighting a losing battle, unable to manage the contest and so accepted a final shido, awarding the contest to the Dutchman.

Similarly in the -78kg bronze medal contest between Alina BOEHM (GER) and Nadezhda TATARCHENKO (IJF), the contest was in favour of the current European champion, Boehm. Every exchange was controlled by the German and even though she didn’t manage to score with her numerous attacks, her opponent was unable to do a thing to prevent the onslaught, picking up three shidos for her passivity.

Inbal LANIR (ISR) had already demonstrated her power and desire to throw big during the preliminaries and she took the fight to UMEKI Mami (JPN) in the -78kg final, coming close a couple of times in the first minute to locking the arm of the Japanese. Lanir is a fan of ura nage and the danger could be seen as her foot locked behind her opponent, but Umeki was ready for it and shut it down immediately. Half way in to the contest, Umeki closed the space and executed an ippon-scoring uchi mata, leaving Lanir with the silver.

The Israeli team kept coming in hot on day three and in the -100kg, Peter PALTCHIK was delivering his repertoire, but not quite getting the angle to score the waza ari. Golden score against KIM (KOR) started with a 2:1 shido record in favour of Paltchik. At 38 seconds, he stretched to catch his opponents leg and committed with a morote seoi nage to score waza ari and take bronze. Coming back from a quick defeat at the hands of double world champion Jorge FONSECA (POR) was Michael KORREL (NED). In his bronze medal contest against IIDA Kentaro (JPN) he was the moe dominant of the two and Iida accepted his two penalties as they went in to golden score. Korrel continued with his drop seoi nage attempts, leaving no time for any attacks from the Japanese. The passivity was recognised and Korrel took bronze.

In the -100kg final, Fonseca tried to ensure his opponent Matvey KANIKOVSKIY (IJF) couldn’t get a grip, however the much taller Kanikovskiy used this to his advantage and scored waza ari with uchi mata, disregarding the need for a strong grip on this occasion. Unfortunately for the Portuguese, his energy didn’t match the preliminary rounds, he also didn’t have an answer for the young athlete and was forced to accept the silver medal.

There was added pressure on number one seed Raz HERSHKO (ISR) as she took on home favourite AMARSAIKHAN Adiyasuren (MGL). If anything, it worked in her favour and she secured Europe’s first gold of the day in the +78kg category by securing osae komi.

Netherland’s 31 year-old Roy MEYER battled his way to the final of the +100kg category but didn’t get the chance to start as he was countered within 11 seconds of the contest by the now five-time grand slam winner, Inal TASOEV (IJF). Despite the swift contest being a bit disappointing for him, he took the best result for the Netherlands, adding to the collection of three bronze and placing the team 7th in the standings at the end of the tournament.

With many nations missing from Mongolia, and as only the first qualifier, no real conclusion can be drawn from the results this weekend but we can look forward to the Budapest Grand Slam in two weeks with an extra 200 athletes present. This will be the first qualification tournament in Europe and hosted by the new EJU President, Mr Laszlo TOTH.