QUALITY AND QUANTITY MATCHES IN LEIBNITZ 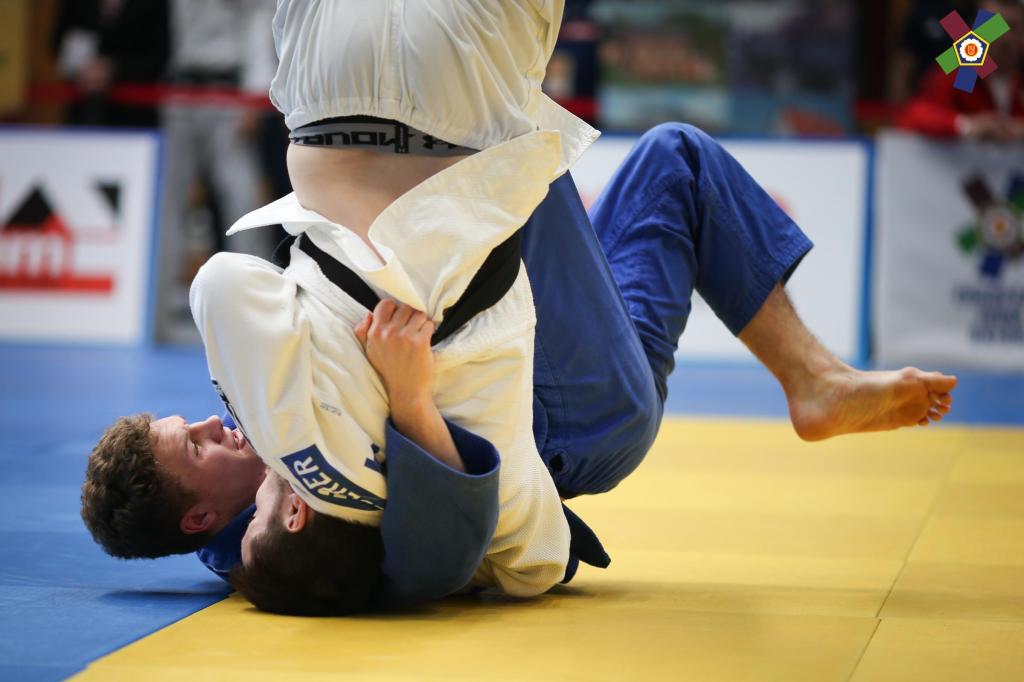 The total number of 581 athletes participated at the Junior European Judo Cup in Leibnitz, Austria, past weekend. Russia conquered another junior weekend with winning 3 gold and 5 bronze medals, winning the overall medal table as well as setting back the home of judo, Japan, and another powerful judo nation, France. Judokas of 10 different nations were able to fetch at least one gold medal. All in all, 14 nations have won medals across the board which signals not only for high number of participants but also of a high volume competition. Moreover, coaches, referees and delegates of all nations admired the familiar atmosphere in Leibnitz.

Despite Russia outpowering the weekend, there was one significant gold for Latvia, delivered by Emils GERKENS in the -100kg category. On route to glory, the young judoka defeated golden hopes such as Shpati ZEKAJ (KOS) and Ilia SULAMANIDZE (GEO). The host nation could not deliver a medal neither a placed finishing across the men division, nevertheless, the men’s junior national coach of Austria, Bela Riesz, lives with mixed thoughts as he explained to Judo Austria;

With such a strong tournament, of course, all deficits are revealed, I am not satisfied, but I cannot be disappointed with the good cast of the performances of the men and we will now work towards the European Championship to reach the top. So we will start here in Leibnitz in the training camp, which lasts until Wednesday.

From the ladies side, a little surprise package was also on show in the final of the -70kg category when Kelly PETERSEN POLLARD (GBR) overcome former cadet World and European Champion, Marlene GALANDI (GER). Austria was able to celebrate a 7th place by Anika SCHICHO in the -52kg category.

For Anika, I’m glad she returned after her long injury break, and she was the only top-seven result as a U18 fighter, otherwise there was very little to be won, but we need to be more consistent, but the tournament was also brutally strong; women’s junior national coach of Austria, Matthias Karnik told Judo Austria.

As the new week begins, a training camp will take place in Leibnitz with many elites travelling to take advantage of the high quality youth opponents and to prepare for the upcoming events.