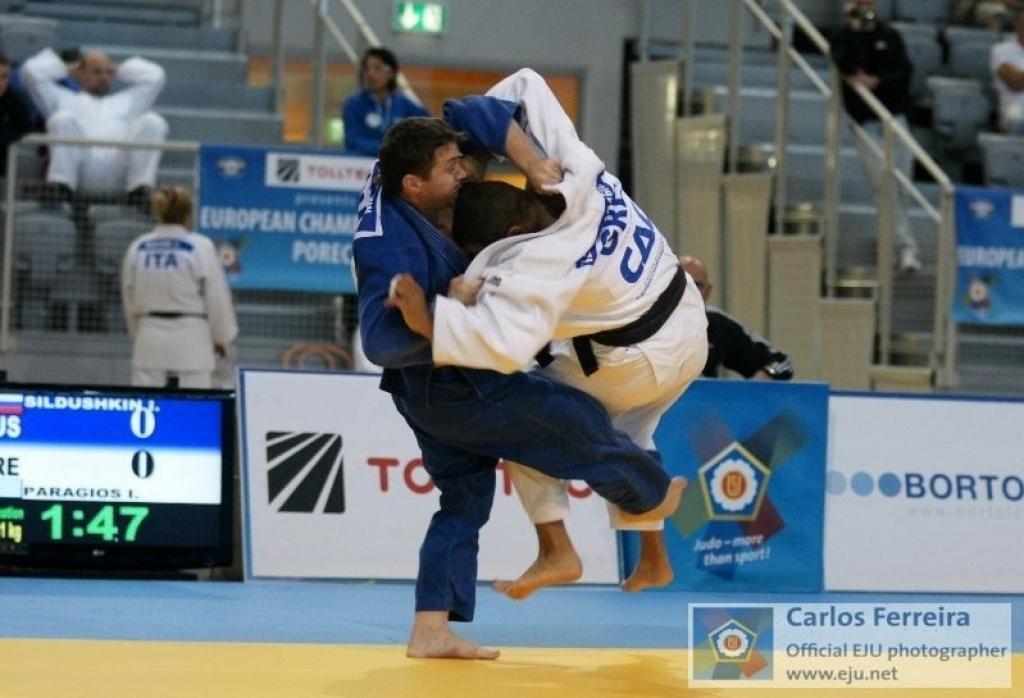 At the second day Russia was again extraordinary dominant at the European Veteran Championships in Porec. The Russian team collected another 14 gold medals in the age category 30-39 year today. In men’s division Russia almost won all medals. Nonetheless France took two gold medals too today.
In the women’s division the gold medals were more divided. Five different countries won the gold today, Russia was the only one winning two gold medals. But it’s not very obvious that the stronger and well known judoka from the past win a guaranteed gold medal, as one would expect. This is typical for the quality level at this Championships in Porec.

Perhaps you will know some names from the past winning medals (certainly not always the gold) like Klara Veszi, winner of a World Cup and multiple Hungarian national titles. Or Olesya Nazarenko who took part in the 1996 Olympic Games and won Asian Games medals for Turkmenistan and now competes for Russia in this Championship.
Today Erich Ivinger won gold for Austria, a former Austrian Champion U66kg. Andrey Godovnikov (RUS) won the title today U60kg (M2), he is former Russian Champion and winner of the A-tournament in Minsk.
Turkey won bronze today by Deniz Silli, former winner of World Cup medals last decennium.

Today was also the opening ceremony by the major of Porec Edi Stifanic, Croatian Judo Federation President Sanda Čorak and EJU President Sergey Soloveychik.
The Children from “JC Rijeka” demonstrated a great performance as well as an ethnic dance group from the host city Poreč.

You can find all results in our homepage and photos of today in our media gallery: