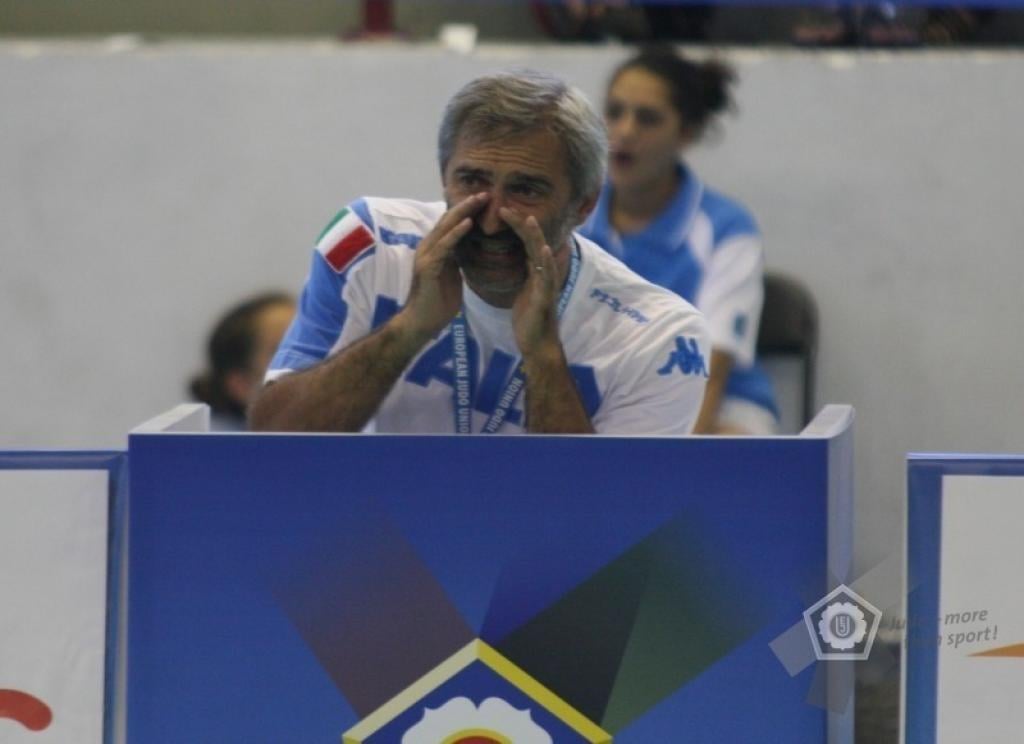 Raffaele Toniolo is the new Performance Director of Italian judo. He receives the legacy of Felice Mariani and he will be supported by Giuseppe Maddaloni, in charge of men squad, Dario Romano for women sqad and Luigi Guido for the military and university ones in charge of training centers and nationals teams too.

The Board chaired by President Matteo Pellicone decided on Friday in Ostia to start the new Olympic period to Rio entrusting  Raffaele Toniolo, 46, 6th dan, born in Este, grew up in Turin and has been living in Trieste.

As coach he has a brilliant track record in club activity, he directed Akiyama Settimo Torinese and Ginnastica Triestina at top of national classification, and especially with the National Youth Team, that he trained together with Laura Di Toma and Nicola Moraci. In the last two Olympic cycles (2005-2008 with cadets, 2009-2012 cadets and juniors) the International level of the Italian squads grown up undeniably, conquering regularly European and world titles and medals.

President Pellicone announced his intention of giving more responsibilities to coaches, a choice confirmed in the names of Pino Maddaloni, Dario Romano and Luigi Guido, great champions in a not so far past and internationally recognized coaches. “The experience with the youngsters –  Toniolo said  – was passionate and I really would like to repeat it now with seniors, and I’m especially proud to have the possibility of sharing it with Pino Maddaloni, Dario Romano and Luigi Guido, coaches that I appreciate a lot.”