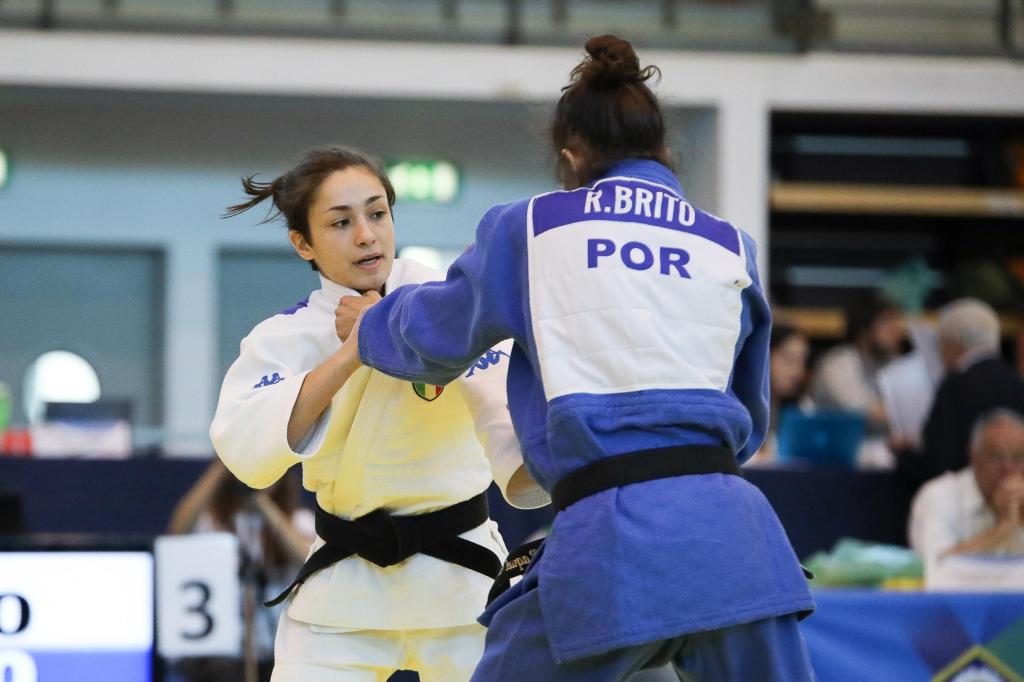 The opening day of Coimbra Judo Cup met all the expectations regarding both the number of participants and the level of the competition. Italy grabbed 3 gold medals acing the overall medal table after day one. Russia and Brazil to follow behind.

As predicted, the -48kg category delivered a number of exciting fights, culminating with a final starring wrl#1 Assunta SCUTTO form Italy and wrl#3 Raquel BRITO from Portugal. The last time the pair of them had to face each other was also on Coimbra’s tatamis, during last year’s semi-final, which was won by SCUTTO. Today the Italian athlete came out the winner once again, securing her position as a leader of the ranking of her respected weight category. Also in the -52kg category the stats confirmed to be prophetic, with the victory of Veronica TONIOLO (ITA). For the Italian team the event serves as a final test before choosing the athletes for the upcoming European Championships, EYOF and the Worlds later on.

This is a high-level competition, with athletes from countries such as Russia and Brazil. We stay for the training camp and after that we will have clear ideas about the teams, said Italian coach Raffaele Toniolo.

In the male division, a pleasant surprise for the local crowd was a performance of Tomas GOMES (-55kg), who secured his place in the final after winning all his fights by Ippon. In the end, the gold in that category was claimed by Berat BAHADIR from Turkey, wrl#6, who finished the day with a flawless score. Cadet European Judo Cup Coimbra continues tomorrow. Stay tuned and follow live at http://randori.pt/TV/.