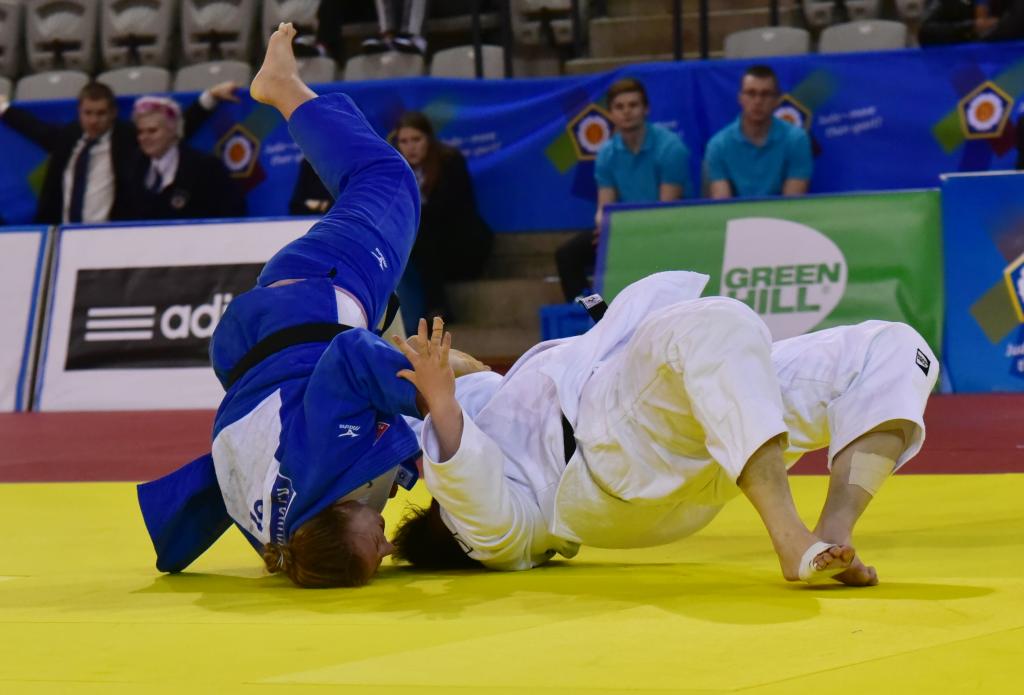 Katarzyna Furmanek (POL) made an important decision few months ago after her coach advised her to move up a weight class and take up the challenges of the +78kg category. The changes of her training style for the new weight category began to pay off in January at the Belgium Ladies Open (Arlon) where she made her first debut in the new division. Today she proved once more that they made the correct move. The Polish competitor began her journey this morning against Gulsah Kocaturk (TUR) where she overcome her opponent with a default as Kocaturk had to step back due to an injury towards the end of their match up.

Following that, Katarzyna had a tough match up against Gulzhan Issanova (KAZ) where a single shido allowed Furmanek to make her way to the semi-final where she became unstoppable for the rest of the day. Lee Eun-Ju (KOR) got stunned by an Ippon worthy ashi-waza attempt from Katarzyna. In the final contest, it was the third time around when the Polish fighter managed to drive through her yoko-tomoe-nage attack against Yu Song (CHN) and she did not only drive it through but end the day with the finest Ippon score.

Furmanek expressed her feelings after the medal ceremony:

„I didn’t know that the Chinese girl won Grand Prix and Grand Slam medals before… I only found out about it after I won. I moved up to the new weight class in January after my coach advised me to do so and now I can assure it was a great advise. It is only my second time that I am fighting in this weight category and I never fought with her before but I am certainly thrilled with my performance today.”