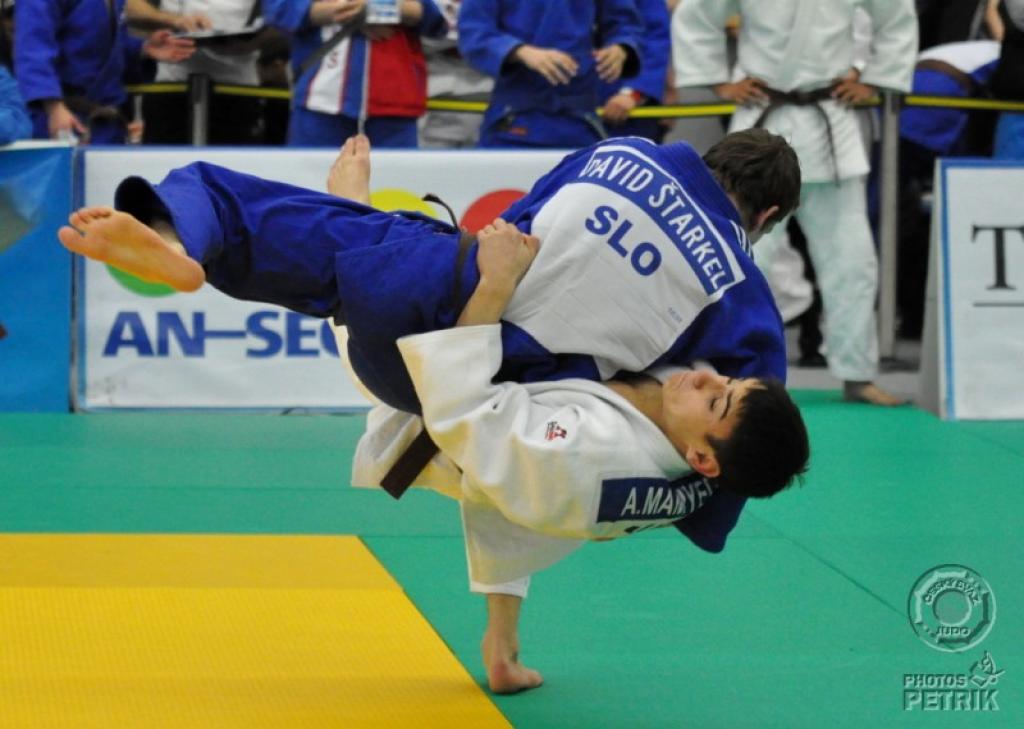 The cadets in Teplice showed very nice judo with many beautiful ippons.  Saturday´s program was divided in two blocks and the first final block started at 3 p.m. The first medal, bronze in -60 kg boys, went to Belorussia.

In the first final of the day Stiebeling of Germany fought Fiora of Italy in -52 kg. Fiora won bronze last year and wanted to win the tournament this time. However after some 30 seconds of the fight Stiebling launched a very powerful o uchi gari and threw Fiora for ippon.

Italy also participated in the next final. In the last match of the boy´s  -60 kg Khalilov of Azerbaijan fought  Manzi  of Italy. In this breathtaking fight Manzi was penalized for passivity but in the last minute threw the Azerbaijani for waza-ari with a strong o uchi gari. However Khalilov did not give up and managed to arm-lock the Italian in the last seconds.

The second gold for Azerbaijan was won by Aliyeava in -40 kg who has improved her result from last year when she won bronze. Her final opponent Norder of Netherlands was penalized once for passivity.

Azerbaijan had another hope for gold in the first final of the evening block where Hasanov fought Lim of Belgium. Lim was penalized one time more than the Azerbaijani and Hasanov added the third gold.

The German girls met in the -44 final. Schnieder scored yuko in the opening seconds with an “Okada” style ko uchi gari while Tessmann was penalized twice, the second gold for Germany.

The fourth medal for Azerbaijan came from -60 kg. Babazada, who won silver in Teplice last year in -55kg, threw his compatriot Gardashkhanov for wazaari with a “Min-Ho-Choi” style seoi nage. During the rest of the fight neither of them managed to score so Babazada won the gold.

German girls won the third gold in -48 final when Szekely threw Pupp of Hungary with seoi nage for ippon in opening seconds.

It the last final of the day Wagner of Austria fought Harpf of Slovenia in -66kg. The match had to be decided in the Golden score match  In only 10 seconds Wagner threw his opponent with ko soto gari and won the last Saturday´s category.