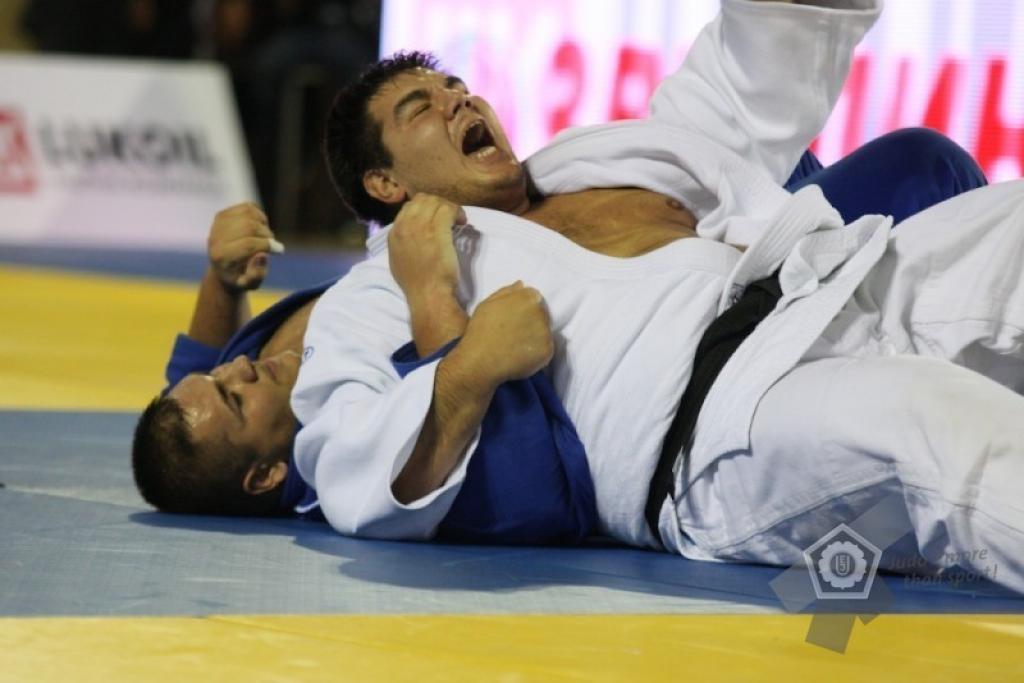 The Slovenian judoka won three gold medals and also concluded the medal ranking with a victory, the bronze medal of Branka Mirjanic U70 helped Slovenian to beat the excellent performance of the three French male judoka who dominated the Saturdays results.

Mirjanic won a silver medal U70kg, but the gold was for 15-yearold miracle Aleksandra Samardzic. She is the youngest ever to win a European Cup. Majlinda Kelmendi had the record (2008 Sarajevo Open) and she is now World Champion. Samardzic already won a silver medal in 2012 and 2013 at the Cadet Europeans and finished fifth at the Junior European Championships in 2012 and 2013. AT the EYOF she won bronze. Today’s field was small with 5 participants. Urska Gracner (SLO) won gold U78kg in the final against Sabina Haracic (BIH). There was gold for Bosnia again in the women’s plus category for Larisa Ceric. She was the only judoka to defend her title successfully this weekend in Belgrade. In today’s final she defeated Marta Rozga (POL). The Slovenian men did good business by winning two gold medals. U81kg it was Gasper Jerman who beat Gheorghe Bodirlau (ROU) in the final. In a field of 34 participants Jerman was the strongest in all his five matches. For Jerman it was his first international victory at this level. His compatriot Michael Zgank won the U90kg category. He is in a good shape this year and also won the European Cup in his own country in Celje this year while he is still a junior. Last year he finished fifth in Belgrade. He didn’t have to fight Michael Horley (GBR) in the final due to an injury of the Briton. Great Britain was compensated for the loss as Euan Burton won the category U100kg. No it wasn’t a mistake. The 34-year old Olympian who started U81kg at London’s Olympic Games gained some weight but most of all had the pleasure today to defeat his four opponents in Belgrade. In the final he met with Miroslav Dzur of Slovakia, also for him a good performance in a field of 19 judoka. Burton was the second oldest winner of a European Cup. Only Mark Huizinga (NED) was a few days older in 2008 when he won the European Cup in Braunschweig. For the Serbian crowd it was a pleasure to see Vladimir Gajic winning at home. The heavyweight defeated Daniel Natea of Roumania in the final. Also Bozidar Bozinic won bronze and Predrag Budic had already won bronze U100kg. It gave Serbia the fifth place in the medal ranking with 8 medals in total. A great performance of Bosnia with two gold medals today and Slovenia and France shared three gold medals in Belgrade. Watch all pictures in our photo gallery.