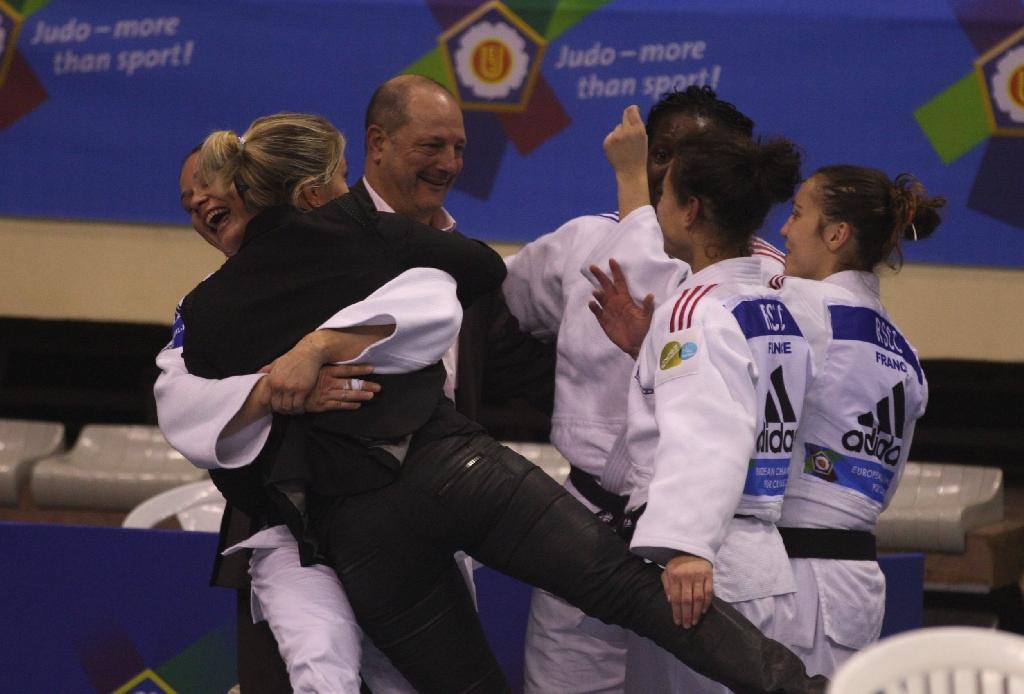 The European Club Championships for women’s team was claimed by the team of Red Star Champigny. In the final the French team was too strong for the Russian team of Yawara Newa. Red Star won silver last year against Levallois, but now the golden cup goes to Champigny, a small city East of Paris.

The first contest of the final match was a good start for red Star and Delphine Delsalle (FRA) who gave the good example defeating Ekaterina Buravtseva after 25 seconds for ippon. Lola Benarroche (FRA) surprised Ekaterina Valkova (RUS) after 47 seconds and gave 2009 World Champion Morgane Ribout (FRA) the chance to finish the match against the strong Anna Shcherbakova (RUS). After 3.5 minutes in the match Ribout could finally score the decisive waza-ari and finished her job ne-waza controlling Shcherbakova, 3-0 and the victory for Red Star Champigny. A great victory after last year’s second place, and the silver in 2004. It’s for the first time in the history of Red Star Champigny that the team won the European Club Championships. One minute before the end Marie Pasquet (FRA) defeated Irina Gazieva (RUS) by ippon in the fourth contest. Elena Ivashchenko (RUS) won all her matches +70kg today, also against Emilie Andeol (FRA) although the final result of the match wasn’t relevant anymore.

The victory for Red Star is a great success for coach Audrey La Rizza-Bonhomme who fought in the silver team last year. With france she won the European (2004) and World (2006) team title.

The bronze medal was won by the home team of Galatasaray. The team defeated French Mulhouse for the bronze match. Kosovarians Majlinda Kelmendi and Nora Gjakova enforced the Turkish team U52kg and U57kg. Yarden Gerbi from Israel was in a good shape today and contributed strongly to the medal. The Turkish value came from Selda Karadag and Belkis Zehra Kaya. The Turks won the match by 4-1. The only victory on the site of Mulhouse was for French double European Junior Champion Margaux Pinot.

Find the full results of the ECC here:
https://www.eju.net/results/?mode=showResult&id=955

Find the full results of the EEL here:
https://www.eju.net/results/?mode=showResult&id=1264