Report of the 2. Poster Exhibition 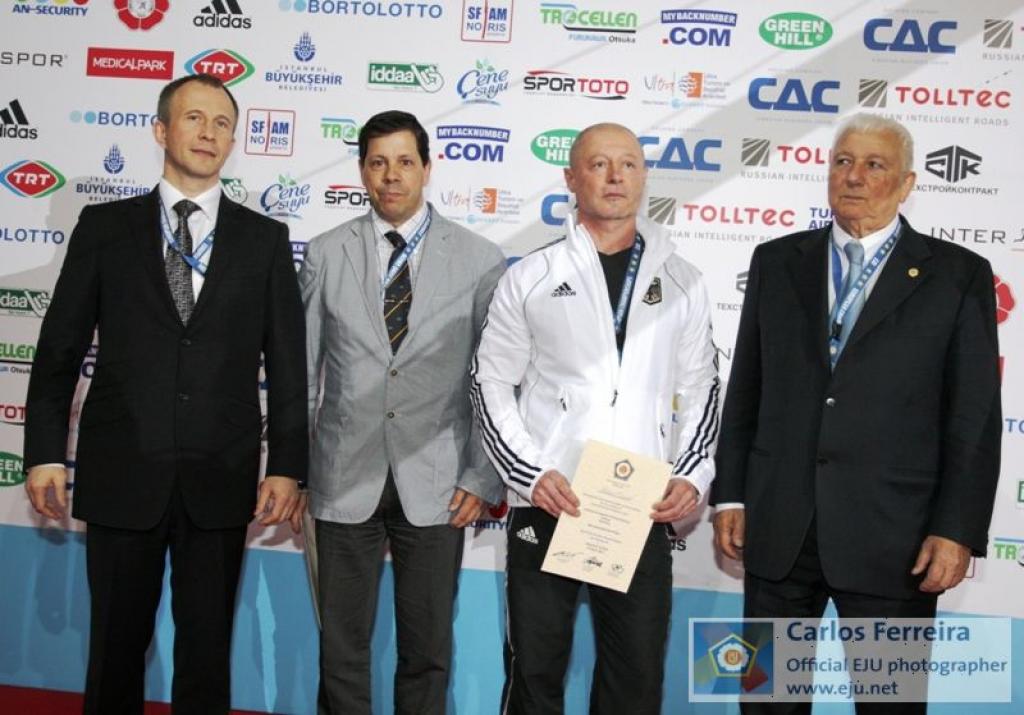 Just like last year the European Judo Union Education Commission has organised a poster exhibition during the European Championships. At the first matchday all poster developers exhibited their own artwork with most over scientific information.
This year’s edition was won by Jose Manuel Garcia from Spain who showed in his the poster the Analysis of Differences in Tensionyographic (TMG) Indicator variation in high-performance judoka, as influenced by the presence or absence of pre-competition dehydration.

The Education Commission and many spectators enjoyed the work and preparation of the exhibitors. During the Championships all posters are available.

Jose Manuel Garcia was followed by number two Roland Oswald from Germany who was assisted by Hans-Dieter Heinisch and Jens Heinrich. They showed the development and implementation of new methods for the analysis of technical-tactical actions in judo.

The third prize was for Grzegorz Lech, Stanisław Sterkowicz, Janusz Jaworski and Robert Krawczyk for their explanation of the Effect of Coordination Motor Abilities on Fighting Method and Sport Level in Cadet Judo Contestants.