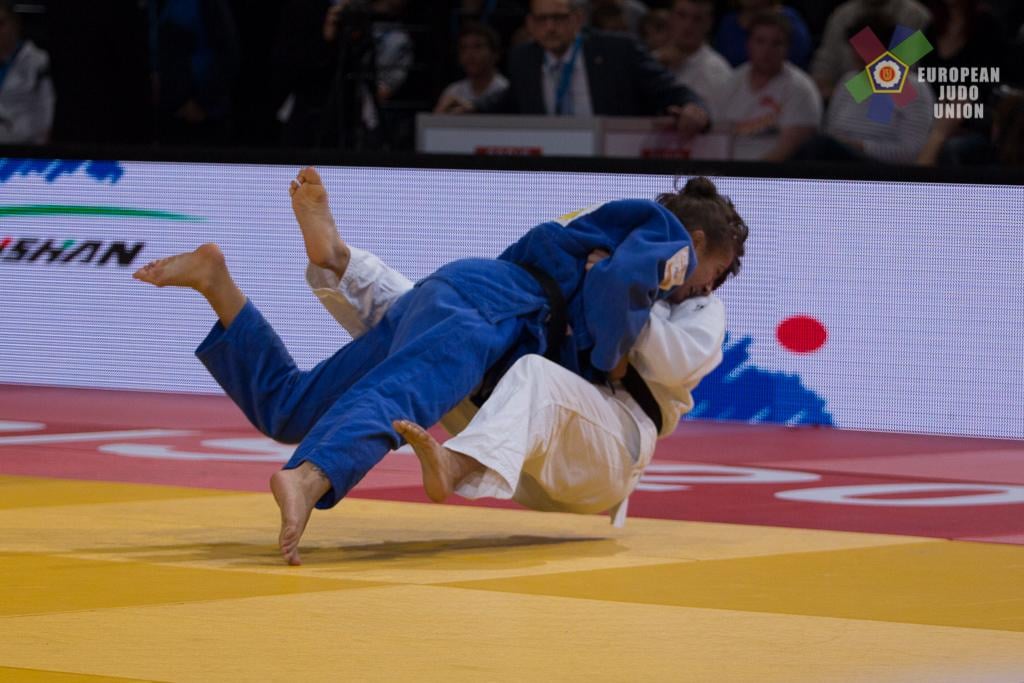 In retaining her Paris Grand Slam title Majlinda KELMENDI (KOS) showed that her injury was less of break from judo for her than a break from her for her opponents in the -52kg category. In a field that contained 14 of the top 20 fighters in the world, Kelmendi was a model of preparedness as she extended her winning streak to 42. At one point it appeared that Kelmendi’s likely final opponent would be team mate Distria KRASNIQI (KOS). The pair had met in the final of the European Open in Lisbon a little over a week ago. However, Krasniqi fell, somewhat surprisingly, to Evelyne TSCHOPP (SUI), against who in the final Kelmedi threw for ippon and may be considered to have exacted some revenge.

When asked about her back-to-back win Paris Grand Slam wins Kelmendi said “Of course I feel good because I am back after my long injury. I am very happy to win this gold medal. It is so good for me and it gives me more self-confidence. But I will not be so happy till I have the place I belong.” Kelmendi then clarified exactly what place she had in mind: “I want to be world champion and the number one in the world – so I still have a lot to do.”

Kelmendi’s disappointment at missing the recent world championships was palpable, “It was so hard for me that I not could compete at the world championships. I trained so hard to be ready for Astana but at the last moment my coach decided to withdraw me from the event. In Astana I saw all matches in the -52kg category and I felt so bad that I couldn’t fight.”

Despite Kelmendi’s return injury concerns remain. “I’ve had some problems for quite some time with my knee and serious problems with my back. The knee is fine now but I still have some pain in my back. At least I can fight and this is important.”

With regard to what is next for Kelmendi that was already decided. “My next tournament will be the Grand Slam in Abu Dhabi and I hope I will be better than in Paris. Why not? Perhaps I can win the gold medal again,” said Kelmendi.