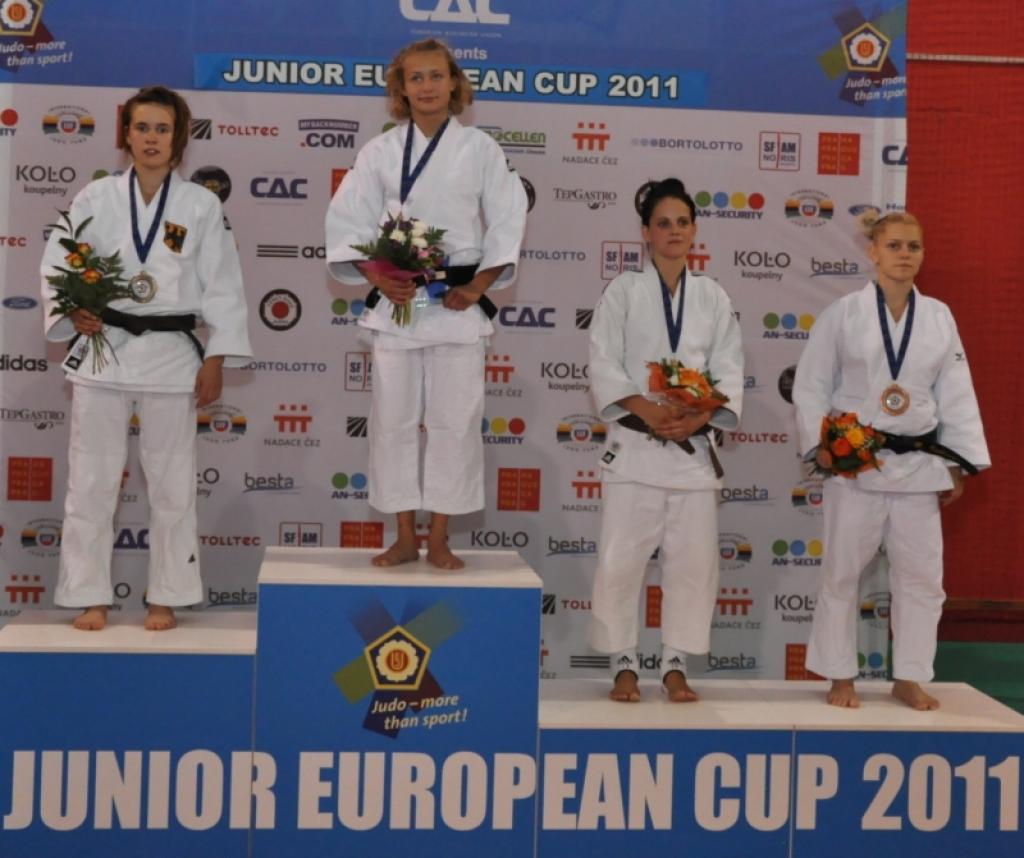 At the European Cup for juniors in Prague 383 competitors of 27 countries came together. The tournament was opened by EJU sports director Michal Vachun and Jiri Dolejs, President of the Czech Judo Federation.

In the category U73kg both of the bronze medal fights were decided by beautiful throws the final match went to the golden score match. Cheparyan of Armenia got the decision against Hellinger of Germany.

– 57 kg
Tina Zeltner (AUT) showed her class and countered Fabiennne Kocher (SUI) for ippon in the middle of the final match.

– 44 kg
There were only 4 girls fighting in this category which was won by Irina Mora Hernandez of Germany.

-66 kg
Also in this category the both bronze medal fights were finished by nice ippons. The final in this category was perhaps the most beautiful match of the day. Lasha Shavdatuashivi of Georgia scored waza-ari with soto-maki–komi and defeated Andraz Jereb of Slovenia in this dynamic fight.

-52 kg
Fitore Zenuni of Slovenia won her bronze medal fight in just 8 seconds and received the ippon trophy for the fastest ippon. The final was won by Coban of Germany who defeated Santos of Portugal by waza-ari.

-60 kg
Matej Poliak of Slovakia proved his form and won his second EJU tournament. He threw Margvelashvili with a nice ko-soto-gake.

-55 kg
The Georgian final was won by Mesablishvili who won the fight against his compatriot Chelidze who gave up the golden score match.

-48 kg
Karolina Pienkowska of Poland won the last match of the day by decision against Dietzer of Germany.