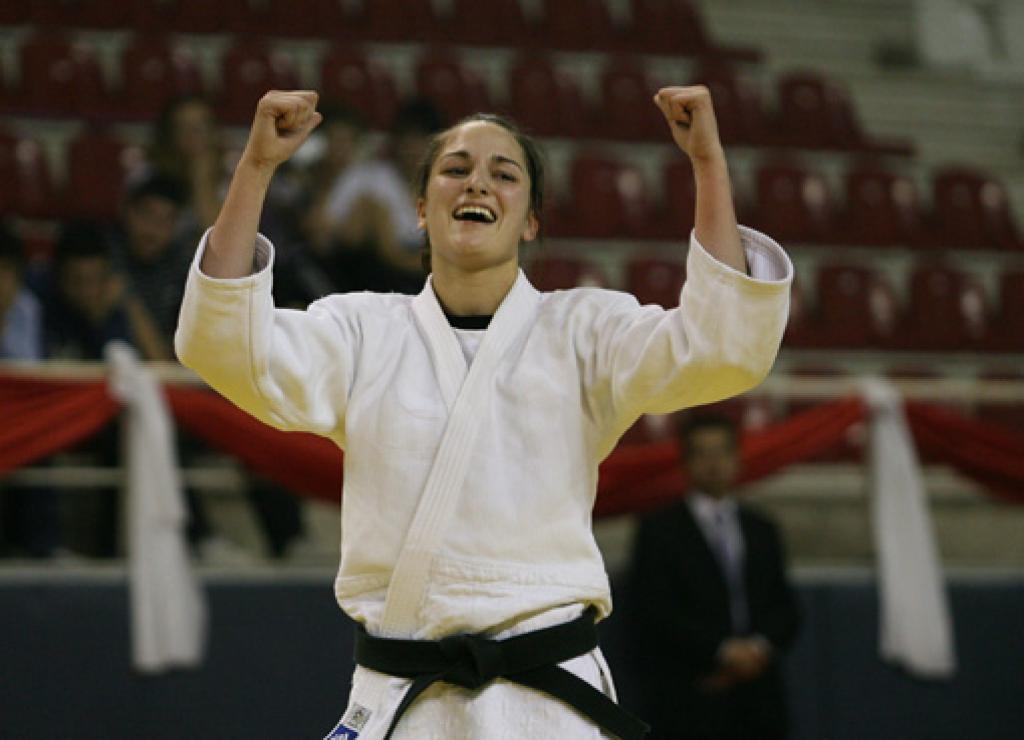 We could see great judo today at the U23 European Championships. Judo of top class players who all won medals at previous World Cups or international matches, were now standing at the stage during the medal ceremonies.

In the U73kg category Ugo Legrand took the first gold medal for France. In the final he was able to beat one of the favourites Attila Ungvari (HUN). In the semi final he defeated Zviad Bazandarshvili (GEO) who took the bronze as well as Joachim Bottieau (BEL).

Sven Maresch was the proud winner of the U81kg category. This was a top class category with excellent judo. 22-year old Maresch now took the gold compared to last year when he lost the final U81kg to Aliaksandr Stsiashenka (BLR). But this time Szabolcs Kriszan was defeated. In the semi final Maresch beat Sirazhudin Magomedov (RUS) who also showed great judo today. He was accompanied by Aljaz Sedej (SLO) on the podium.
Maresch was also European U20 in 2006, but can now has more European medals than his judo girlfriend Romy Tarangul, but she is still leading at world level.

Speaking about German women, Hannah Brück yesterday took the gold medal U57kg, but in the U63kg class Alice Schlesinger (ISR) won the European title. She also won the bronze at the senior World Championships this year in Rotterdam. Today she defeated Oksana Didenko (UKR) in the final who won her first European Championships medal.

In the U70kg category Hungarian Abigel Joo (see picture) was the expected winner, and perhaps in an expected final against title defender Linda Bolder of The Netherlands who already won all European titles: U17, U20 and U23 in her career and she won her first national senior title last week.
Joo wanted to add another gold medal to her two previous U20 European titles (2008 and 2009). Joo won the match by a disqualification by Linda Bolder due to given penalties.
Joo celebrates a great year with two European titles and bronze at the World U20 Championships and the European bronze medal with Hungary at the European team Championships.