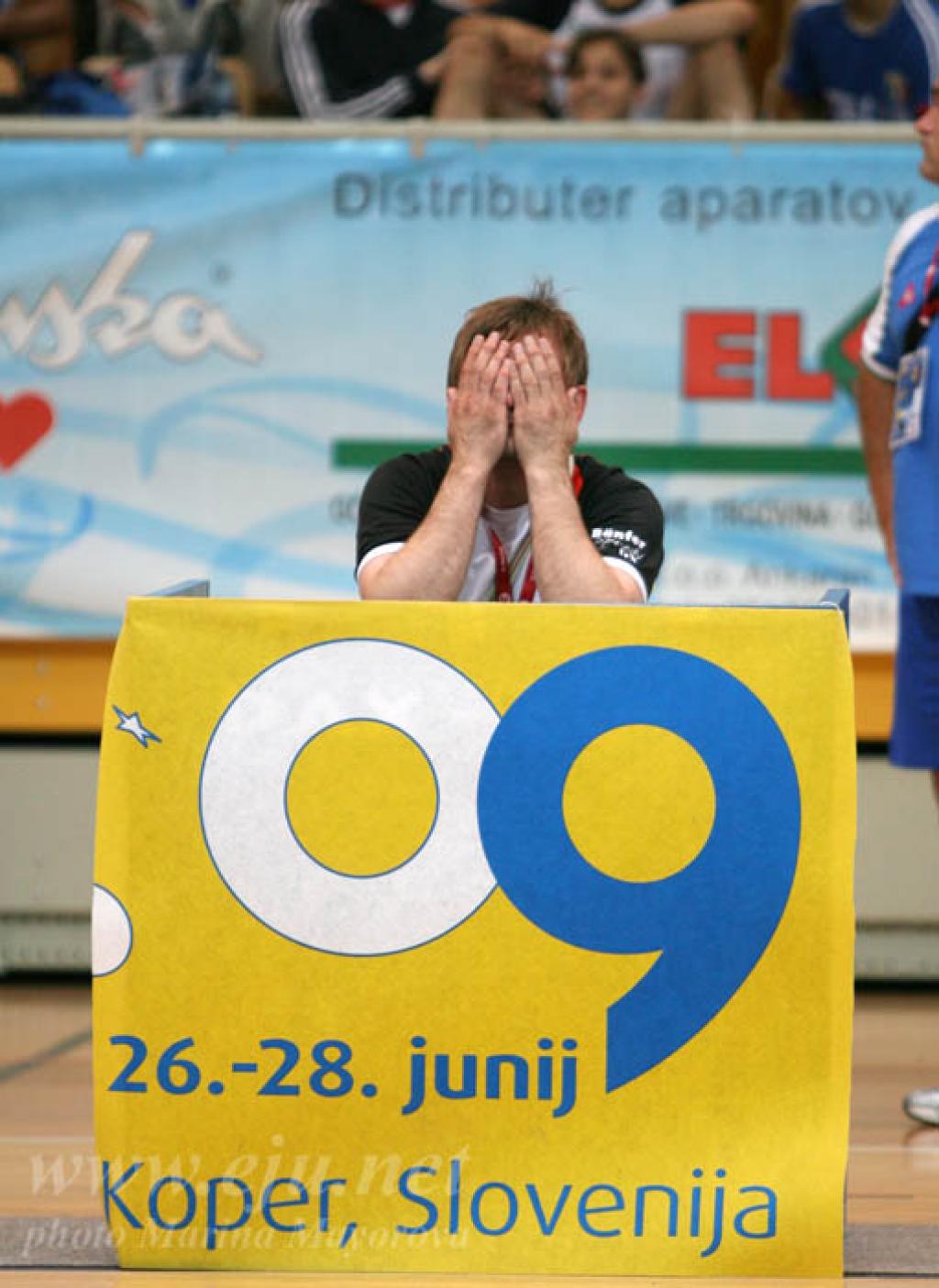 The IJF have revised the IJF rule for forbidding coaches alongside the competition mat. Since the 1st January 2009, when the relevant IJF rule entered into force, a permanent exchange of views and communication on this issue among the coaches and IJF representatives took place. Most importantly, coaches’ conduct during major events has improved considerably. The IJF therefore approved modifications concerning coaches in the IJF events.

Coaches will now sit behind the advertising panels and is also responsible for his athlete’s conduct from entering the competition venue until leaving it, before and after each contest.
Coaching will be strictly limited to communication with athlete, tactical advice,
encouragement, instructions in unexpected situations, as injury, etc.
The coach will remain seated on his chair throughout the contest.

Coaches can be penalised for bad behaviour like commenting or criticizing of the referees’ verdicts. Demanding correction of the referees’ decisions is also not allowed. As well as more obvious bad behaviour as abusive gestures toward referees, officials, or public or hitting or kicking the advertising panels or equipment

New for the coaches is a dress code. For the elimination rounds, a national track suit with trousers and for the final block program where the TV cameras snore jacket suit with tie. So, shorts, caps, jeans, sweaters and flip-flops are history according to the new IJF rules.

This counts as of the World Cadet Judo Championships 2009 in Budapest.
The present coaching code will be evaluated before the start of the qualification period for the London 2012 Olympics on 1st May 2010 and it will either continue to apply or restrictions will be re-imposed.