Reward at last for persistent Mrvaljevic 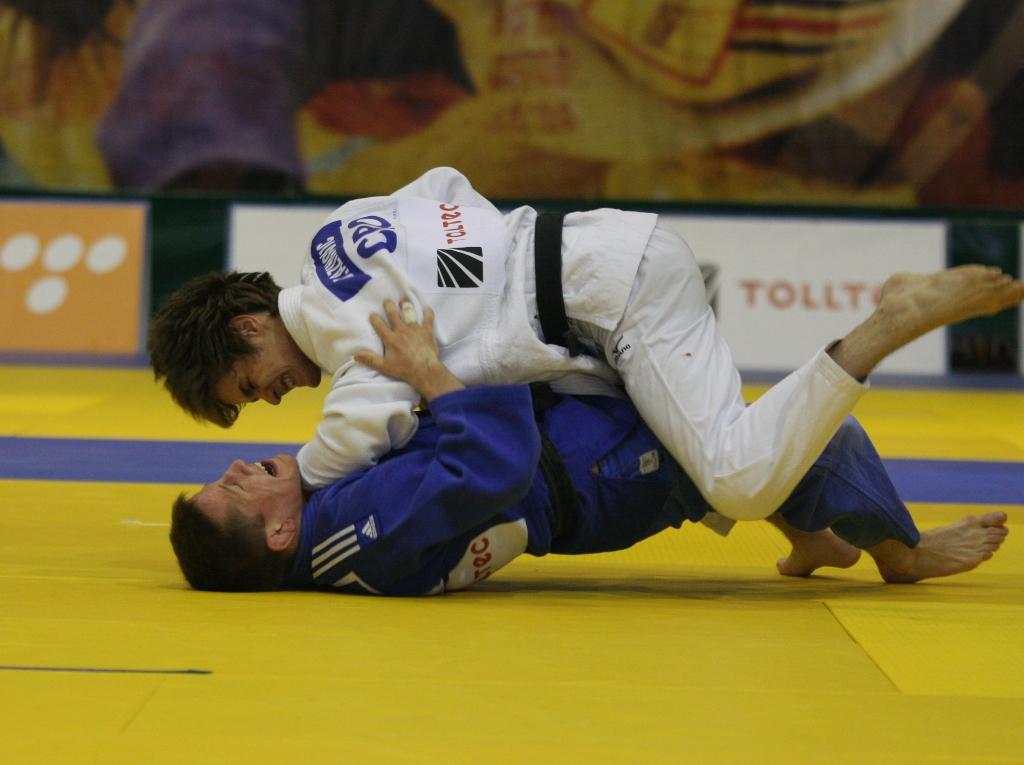 After first round exits in Bucharest, Tallinn, Rio and Sao Paulo Srdjan Mrvaljevic MNE -81kg must have been wondering how much more distance he would have to travel before he picked up his next win. That success finally came on day two of the Purto la Cruz World Cup here in Venezuela when he took the gold medal in the men’s -81kg category. The Montenegrin was in need of some luck as well as a win and he got both. First in the shape of the draw that placed him on the opposite side to Olympic bronze medalist Flavio Canto BRA and Pedro Castro COL the latter having defeated Mrvaljevic two weeks previous in Sao Paulo. Lucky then for Mrvaljevic that Castro was defeated in the second round by Csoknyai Laszlo HUN and Canto lost his semi-final to Antoine Valois-Fortier CAN who also saw off Csoknyai. With luck taking care of the bottom half of the draw it was up to Mrvaljevic to do his part which he proceeded to do in some style winning first by ippon against Guilaume Perrault CAN and then in the second round defeating the youngster Anthony Sangimino USA inside the distance. Things got a bit tougher in the quarter-final when Mrvaljevic faced No. 1 seed Emanuel Lucenti ARG. But the force was with the Montenegrin who threw Lucenti for ippon to set up a semi-fianl with the unheralded Maicon Franca BRA. It was a poor match and Franca piled up a series of penalties that eventually saw him lose the contest. Mrvaljevic won the final against Valois-Fortier by ippon and will be delighted, and relieved, to be taking some much needed form with him to Paris for the world championships next month.

There were gold medal wins too for Milan Randl SVK -90kg, Amel Mekic BIH -100kg, and Grzegorz Eitel POL +100kg as European men completed a clean sweep of the men’s categories on the final day of competition.