Ribout world champion and virtual European champion on one day 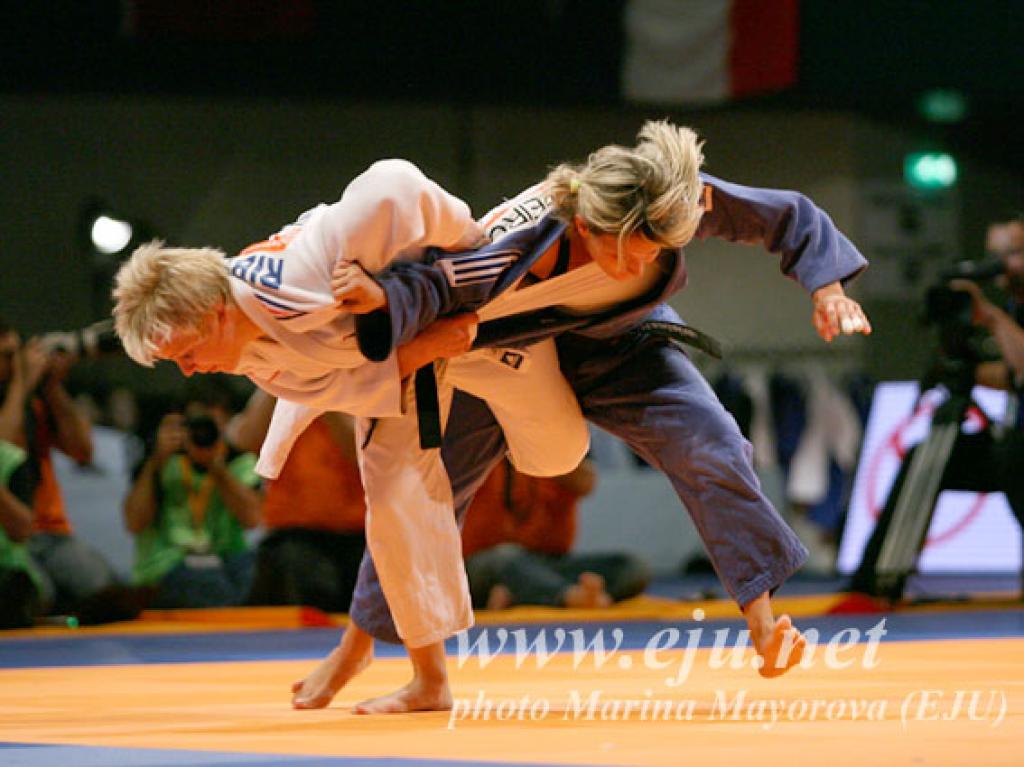 Morgane Ribout became the new World Champion in the -57kg division at the 2009 World Judo Championships on Thursday.

Ribout: “I saw the draw yesterday. My club director told me, ‘Well, Morgane, you have a final in each round’. I had to fight like crazy until the final if I want to get there. But it didn’t frighten me, in fact it motivated me. I was very determined.”

“I thought that I could win today, that I had the potential for it. But everything depends on the form of the day, on the psychology, on the attitude. I didn’t know that I would win but I wanted it.”

“During the competition I really tried to be aggressive from the very beginning. The most dangerous moment was the final, as I already had lost to the Monteiro at the European Championships.”
“I was the young hopeful (of the French team). So today I feel very emotional. I think I need some time to realise it.”

“Coming here, I always wanted a medal, the gold medal. But I’m not the top ranked athlete in my category, so it’s probably less expected than a victory from Monteiro. Maybe my win was unexpected for the others. It is not such a big surprise for me. If you don’t believe in yourself, you won’t win.”

Her opponent Telma Monteiro (POR) was still satisfied despite her second World Championships silver medal.
Monteiro: “I’m very pleased with this medal. It was a very good day for me. It is my first year in the -57kg category, so to finish second at the world championships is a very good result. I was in the final and once you are in the final you want to win, but it is still good.” She was just better today.”

Kifayat Gasimova (AZE) was a bit sad losing the semi final to Monteiro: “It is a good feeling, but I wanted to be in the final. I think I would have had a good chance to beat the Ribout as I’ve beaten her several times before.”
“In the semi final against Monteiro I threw her and I thought I would get Ippon, but I didn’t and then the time was over and I had lost.”

Youngster Hedvig Karakas (HUN) could only be satisfied: “I’m very happy, this is my first world championships. I’m the happiest person right now and I want to thank my coach Gabor Kovacs. I had six fights today, so it was tiring.”