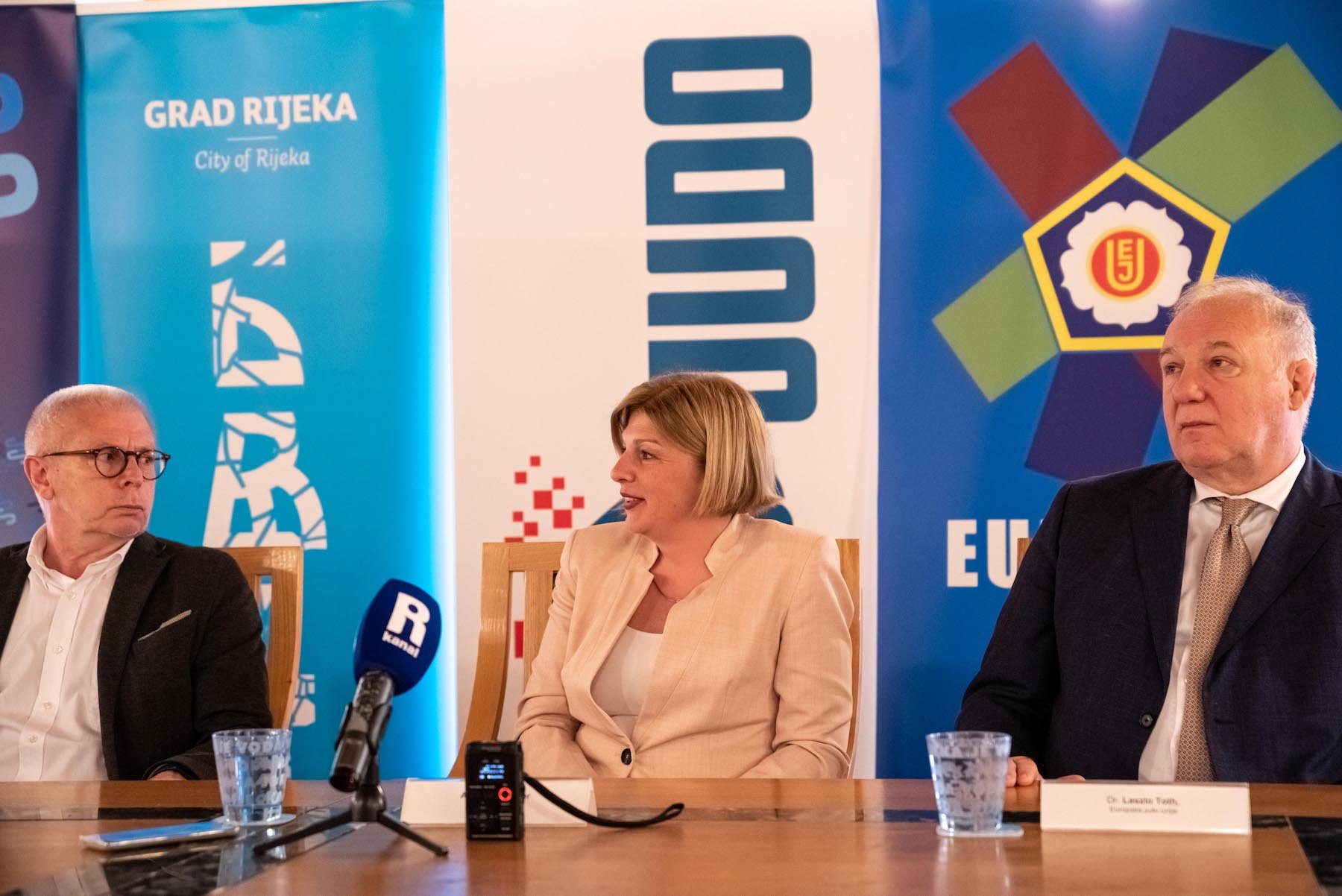 The Zamet Center will be the center of the European judo world over the coming weekend. On the Rijeka tatami, 222 competitors from 17 countries will be looking for their paths to the titles of European champions, including 12 Croatian names. Thus, Rijeka, in which judo has a great tradition and role, will once again show the quality of organizational skills:

– We are extremely proud that Rijeka is the host of such a large competition at the European level, which completes the calendar of events in the year when the City of Rijeka is the European City of Sports. We wish all guests a warm welcome, a pleasant stay in our city, and good luck on the tatami – said Goran Palcevski, Deputy Mayor of Rijeka, inviting all citizens of Rijeka and tourists who are in the city to visit the competition at the Zamet Center.

– Judo in Rijeka has a large number of active members and especially children, who are involved in the work of clubs and competitions themselves. We are honored to welcome guests from all over Europe to our city and with this championship, we continue with activities in the year of having the title of the European City of Sports – said Dorotea Pesic Bukovac, President of the Rijeka Sports Association.

On behalf of the European Judo Union (EJU), Laszlo Toth had many words of praise for the Croatian Judo Federation and the City of Rijeka:

– We thank the City of Rijeka and the Rijeka Sports Federation, as the technical organizer, for everything done so far. On the eve of the next big competitions, the European Cadet Championships in Porec, in June, and the Grand Prix Zagreb, in July, this European Championships are important for both European and Croatian judo. We are glad that the Croatian Judo Federation is recognized in the world as a top organizer and we believe that it will continue in Rijeka.

When it comes to kata, one of the greatest experts in the world is Slavisa Bradic, General Secretary of the Rijeka Sports Association.

– Kata most accurately shows the performance of the judo technique. What is grammar for a language is the kata for judo – Bradic described.

The European Championships start on Saturday 14 May, at 9:00 am, until approximately 6 pm, and continue on Sunday, May 15, from 9:30 am. The grand opening of the competition is on Sunday, at 2 p.m.