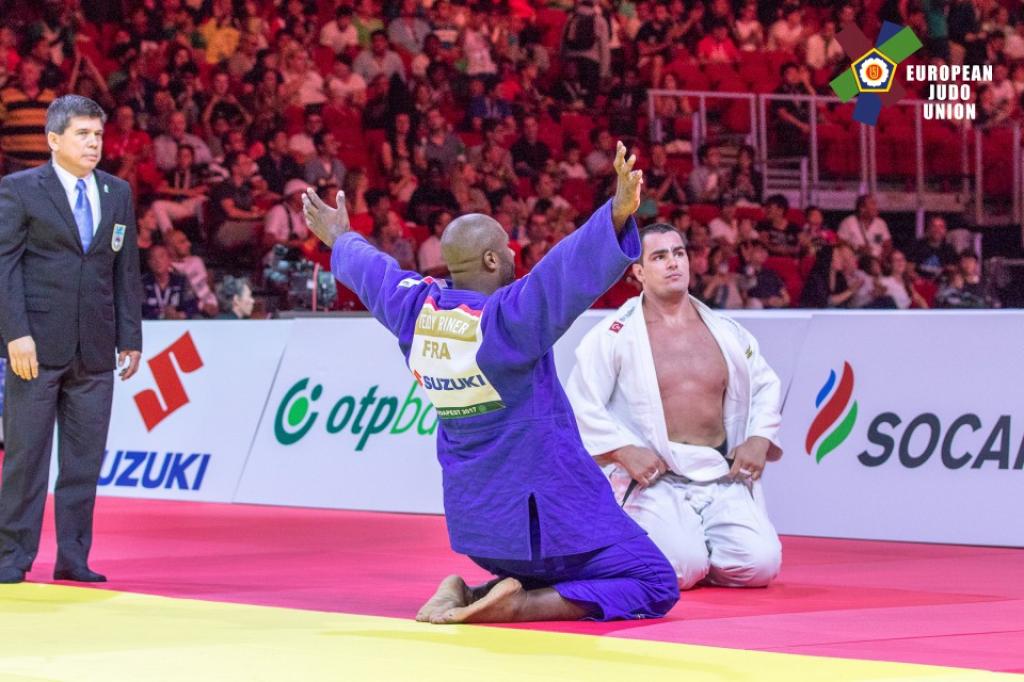 Teddy RINER (FRA) won his 9th World Championship super-heavyweight title on the final day of the individual event at the Suzuki World Judo Championships. Meanwhile Georgia’s Varlam LIPARTELIANI progressed to the final of the -100kg category where he came away with the silver medal. Within the same weight division, Kirill DENISOV (RUS) as well as Elmar GASIMOV (AZE) managed third place finishes. Iryna KINDZERSKA (AZE) earned the third ever female World medal for Azerbaijan when winning bronze in the +78 kg category.

Riner may have begun his day unseeded but he quickly powered his way past Maisara ELNAGAR (EGY), Duurenbayar ULZIIBAYAR (MGL) and Freddy FIGUEROA (ECU). The French giant’s domination continued during the quarter final against Rafael SILVA (BRA) whom Riner first threw for waza ari with sumi gaeshi. A minute later, double Olympic Champion, Riner, applied his ashi waza skills to roll Silva for another waza ari, which he capped off with mune gatame.

The semi-final brought about arguably the most exciting contest of the day, if not the week. Current European Champion, Guram TUSHISHVILI (GEO) faced all-time favourite, Riner. During the regulation contest time, Tushishvili signalled potential danger for the French fighter. However, Riner’s signature technique yet again, did not fail him and within the first thirty seconds of golden score, Tushishvili was rolled over with yoko sutemi waza for waza ari.

Double Pan-American Champion and multiple IJF World Tour medallist, David MOURA (BRA), was the last challenge for Riner during the final of the +100 kg category. Moura managed to keep up with Riner and forced the double Olympic champion into golden score where, after almost two minutes, Moura launched an attack that Riner used to execute an ashi waza that saw the Brazilian thrown for waza ari and Riner win his record 9th World Championships title.

Former -90 kg athletes, Varlam LIPARTELIANI (GEO) and Kirill DENISOV (RUS) faced each other on several occasions in past years. Today, both reached the quarter final stage in their new weight division, -100 kg category. Having to move up a year ago, it was incredible to see the pair of them make such quick progress. The outcome of the contest was in favour of Liparteliani, who also overcome former World Champion and current European Champion, Elkhan MAMMADOV (AZE). Lipo, as he is dubbed, went on to win silver after suffering a defeat in the final against WOLF Aaron (JPN). 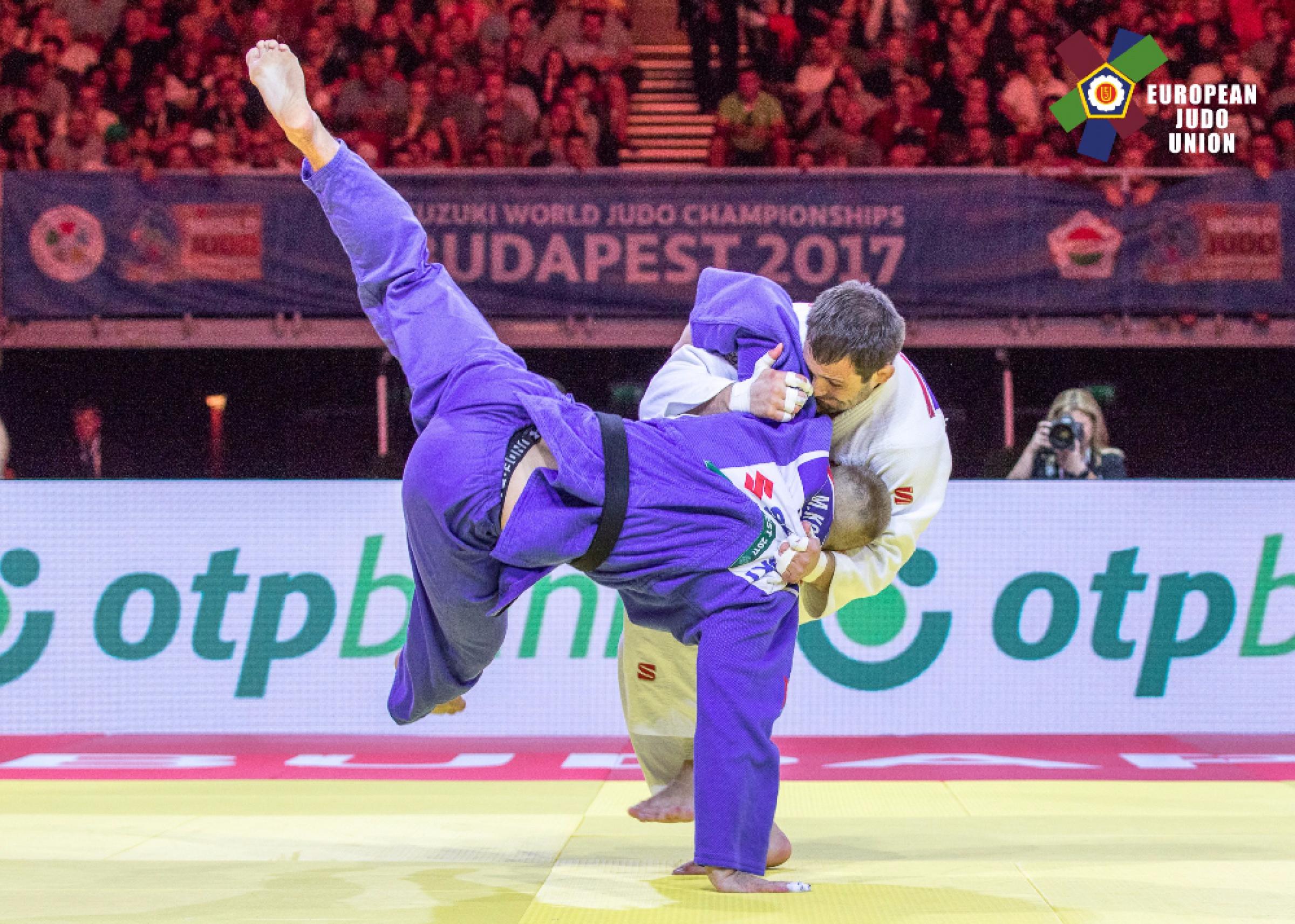 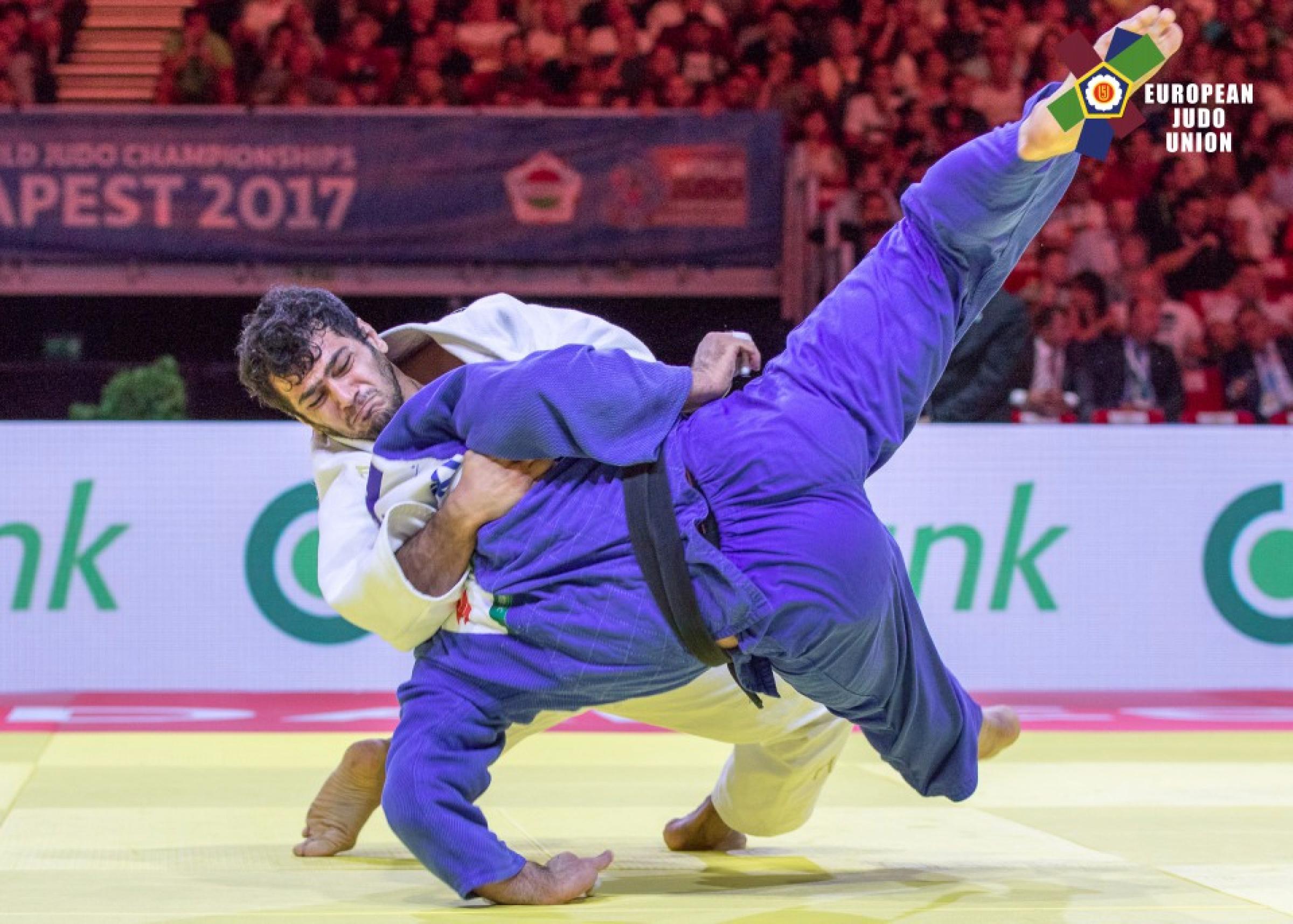 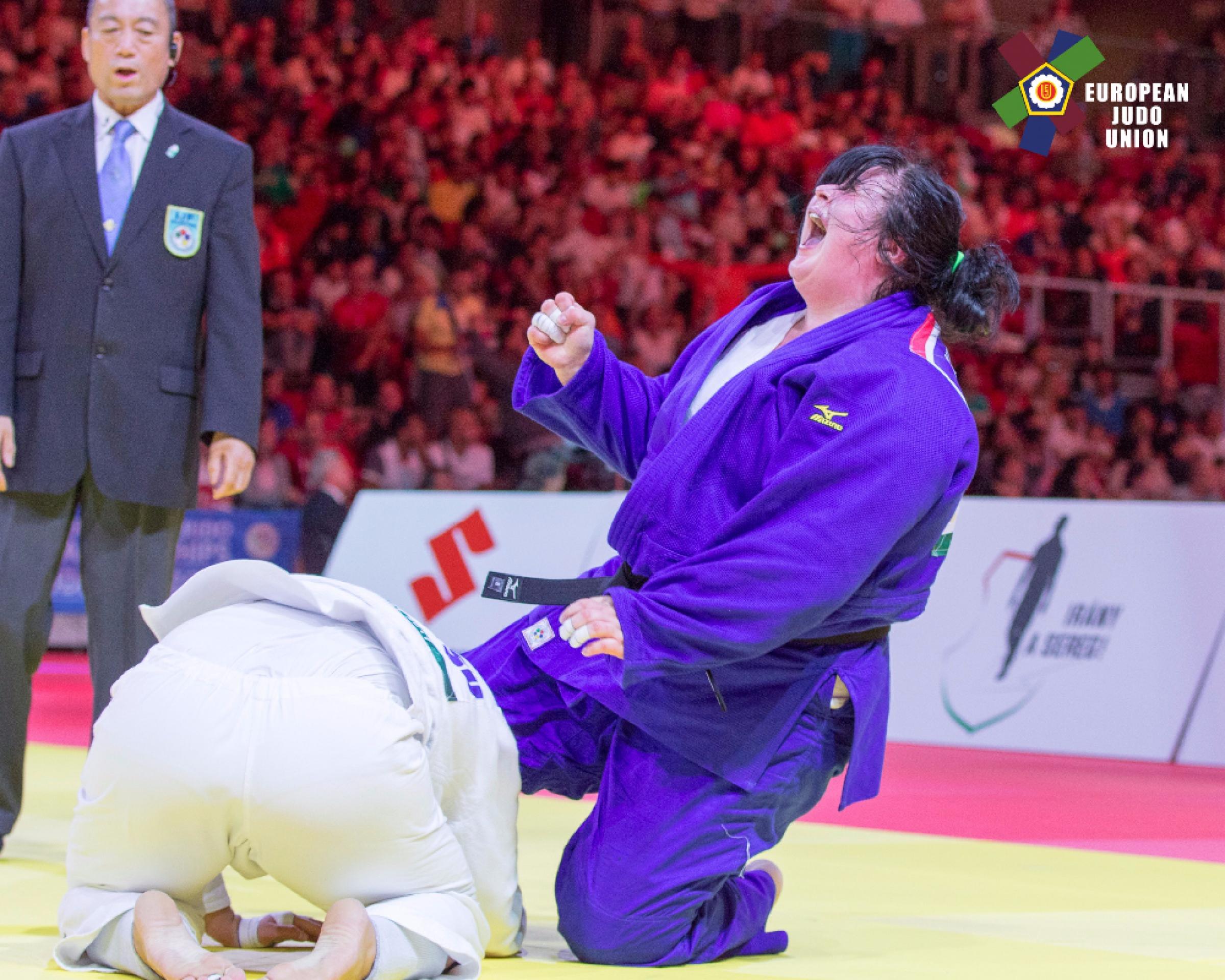 Following the setback form Liparteliani, Denisov managed to bounce back and first overcome his team mate, Kazbek ZANKISHIEV (RUS). For bronze, Denisov overturned WRL #1 and top seed, Michael KORREL (NED). Meanwhile, Elmar GASIMOV (AZE) was downed by eventual winner, Wolf. Azerbaijan was guaranteed a bronze medal in the -100 kg category as Gasimov had to face his team mate, Mammadov during the medal match. Today, Olympic silver medallist, Gasimov, proved the better of the two. Not long after Gasimov’s success, the Azerbaijan team was able to continue the celebration, as Iryna KINDZERSKA (AZE) outclassed Tessie SAVELKOULS (NED) for bronze in the women’s +78 kg category. 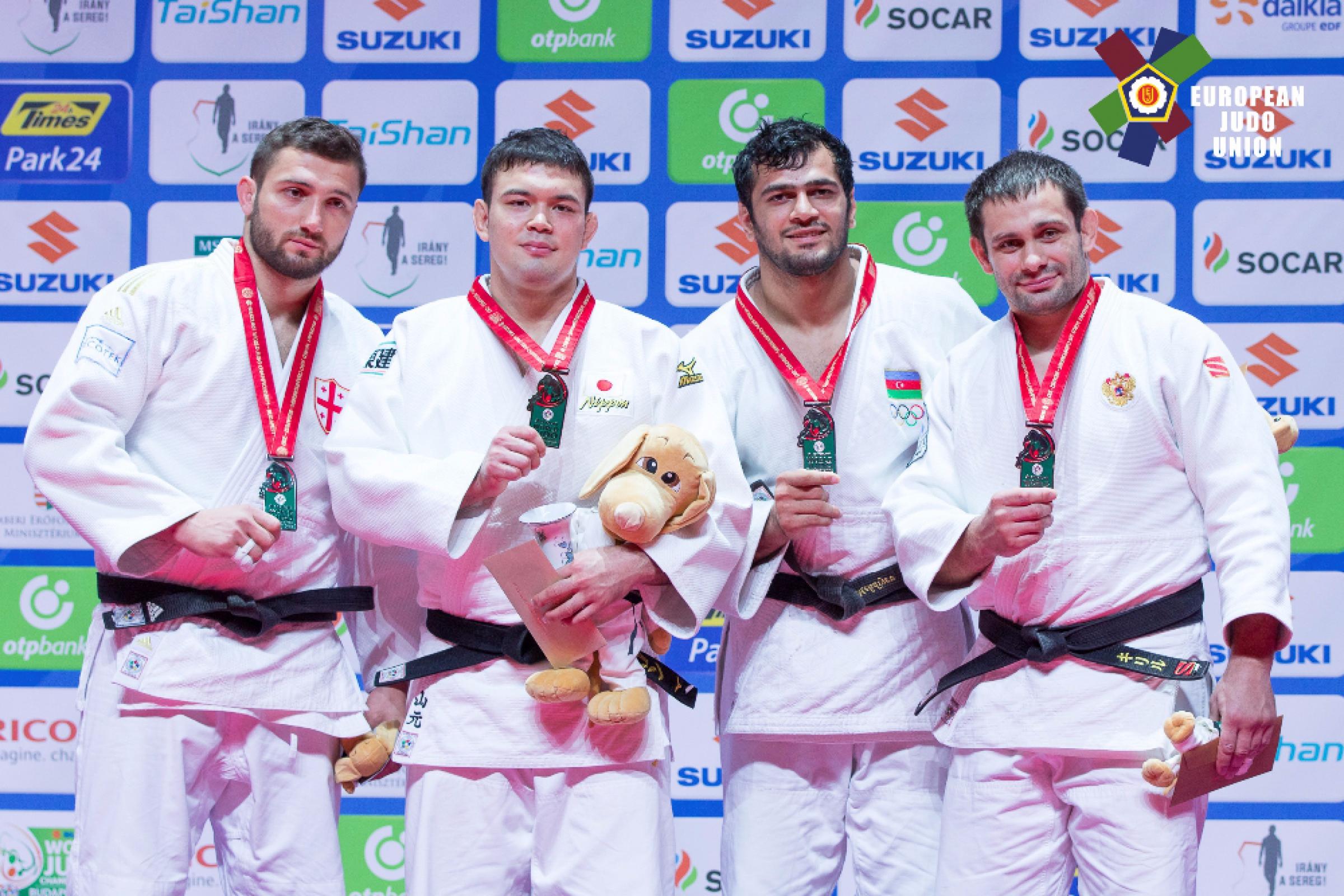 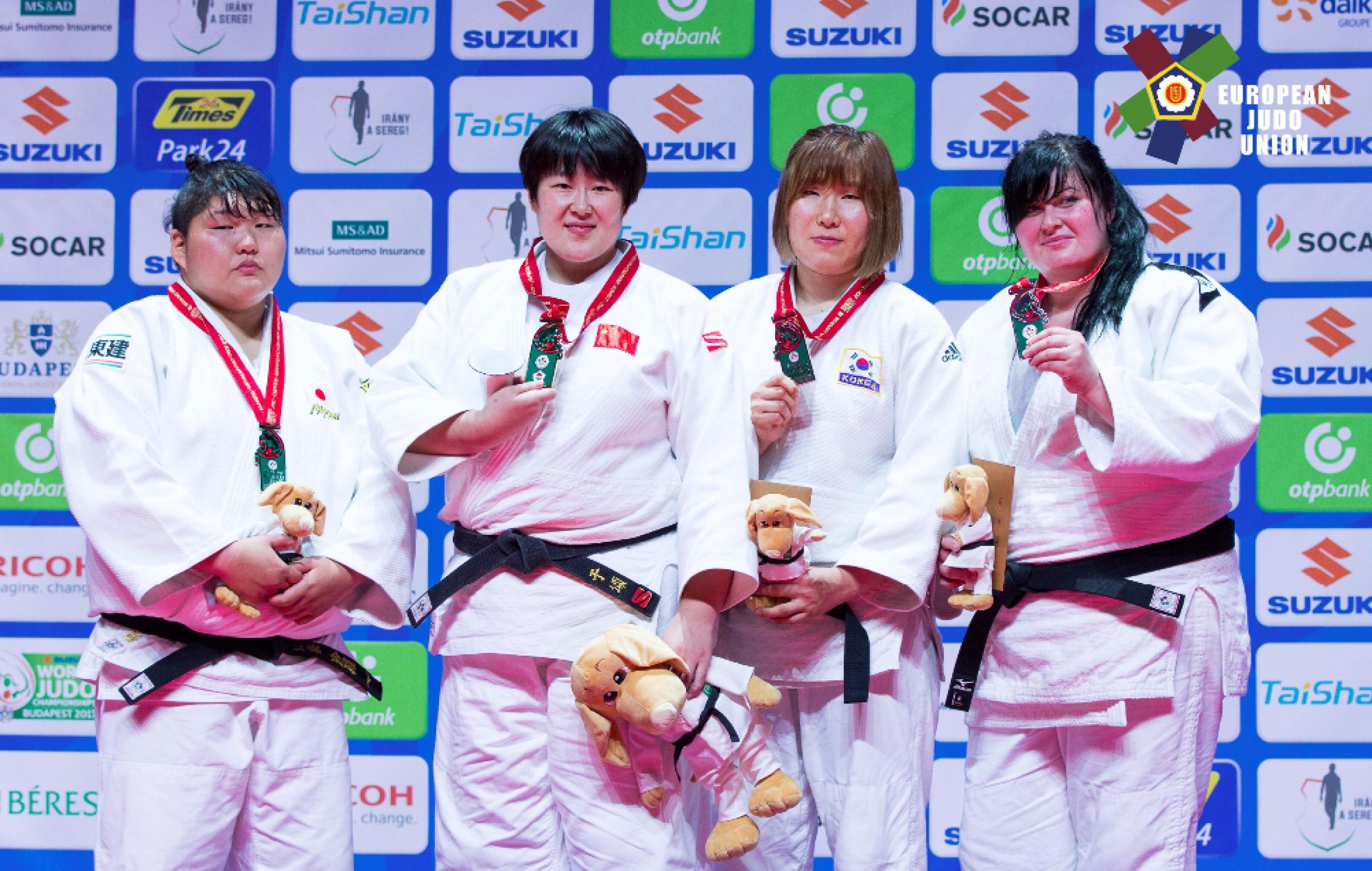 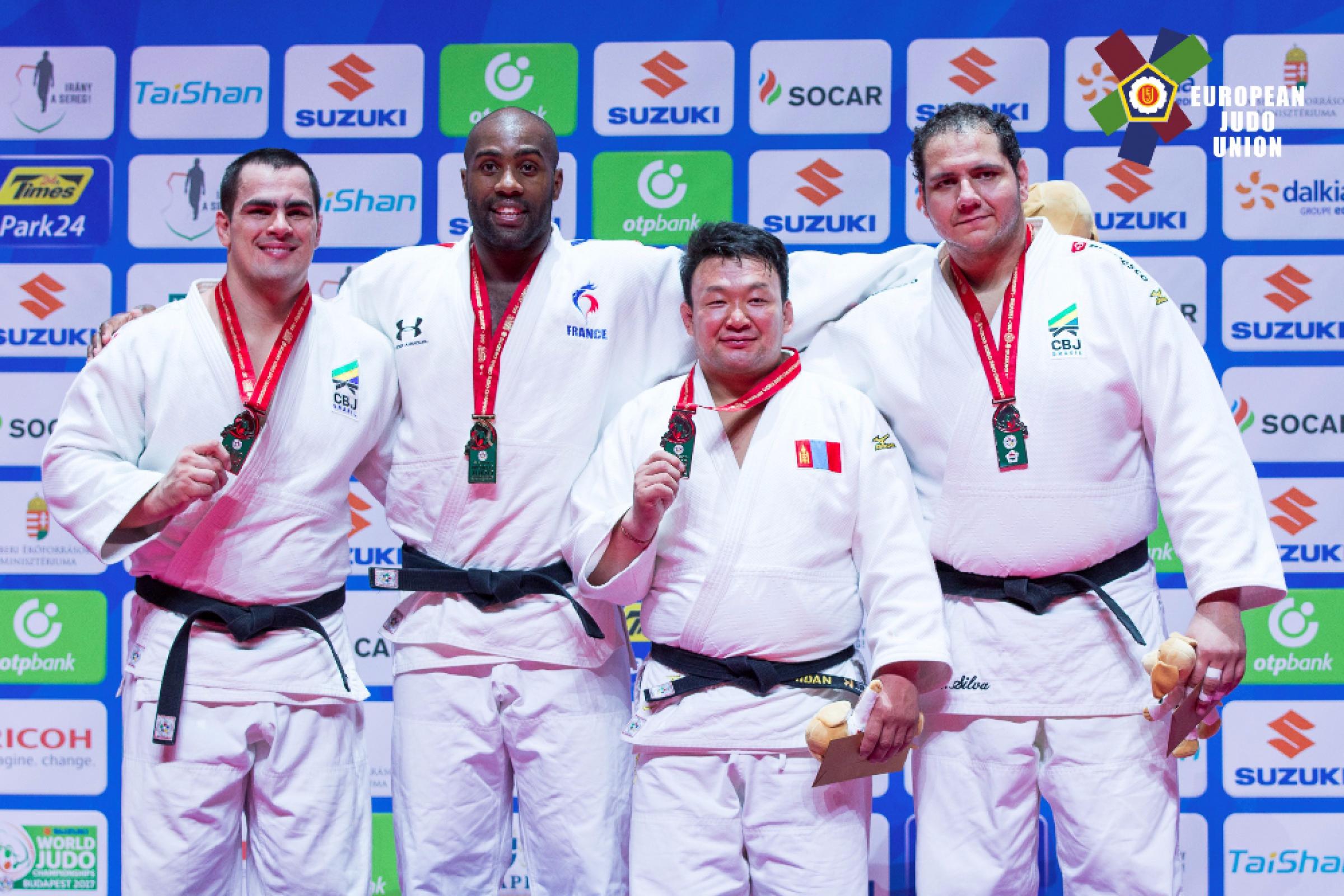