RINER RETURNS AND IT IS BUSINESS AS USUAL 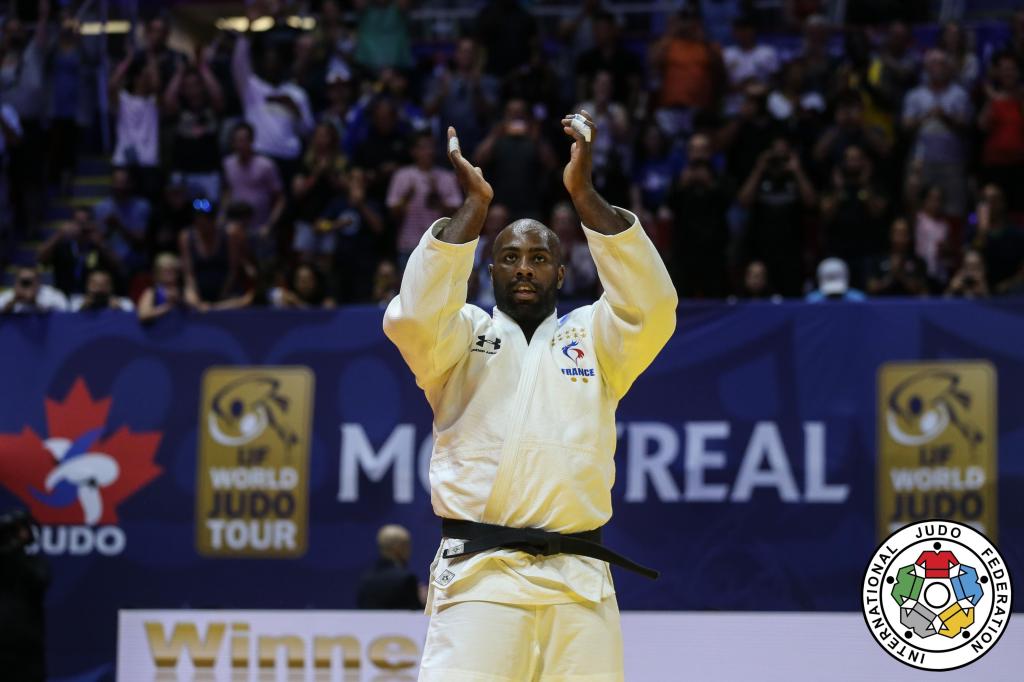 All good things are worth waiting for. And so it proved as Teddy RINER (FRA) graced the competitive tatami for the first time in a little over 18 months to take the gold medal in the +100kg category on the third and final day of competition at the Montreal Grand Prix. The much-awaited return of the French giant was a demonstration not only of the continued gulf between himself and the chasing pack, but one that confounded even his strongest critics. The theory was that Riner had been off for too long, that he was unfit, that he could not simply stroll back in after such a long absence. In practice Riner showed that he is still the best.

The field was testing enough and, after a fairly straightforward win in round one over Ajax TADAHERA (USA), Riner took on the first of the realistic heavyweight hopefuls in the shape of Vladut SIMIONESCU (ROU). This was the third meeting of the pair and this one went the way of the previous two as with 1:34 left on the clock Riner threw the massive Romanian with ashi guruma for ippon. This brought about a semi-final contest with world number two and current Olympic champion at -100kg Lukas KRPALEK (CZE). At last, here was the contest that many people had been waiting for, not just in Montreal, but around the world. Riner’s only bad habit is the one that sees him collect unnecessary shidos, and he collected two in a contest that went into golden score. Krpalek had also picked up two shidos as the two big men searched for the best and most dominant grip. Krpalek used every opportunity to engage Riner on the ground. Riner defended successfully each attempt. But, eventually after two minutes of golden score it was Riner who held the strongest kumi kata and came up with his ashi guruma to score waza ari and take the contest.

The final was a repeat of the 2016 Olympic Games gold medal match where Riner, in taking his second Olympic gold medal, defeated HARASAWA Hisayoshi (JPN). Once again, the critics were lined up, waiting to see a chink in the armour of the great Riner. If ever there was an opportunity to snatch a win from the legend, surely this was it, when Riner was least prepared and against the fully fit Japanese number one. Again, Riner collected two shidos, again so did his opponent and into golden score they went. Had Harasawa seen Riner’s previous two contests? Possibly. Had Harasawa and his coach SUZUKI Keiji worked out how to stop the same from happening? The answer was no, and after a little over a minute of golden score Riner launched a huge o soto maki komi attack that had the Japanese hopeful twisting to avoid crashing down onto his side. But waza ari was given, rightly so, and Riner was champion in Montreal. 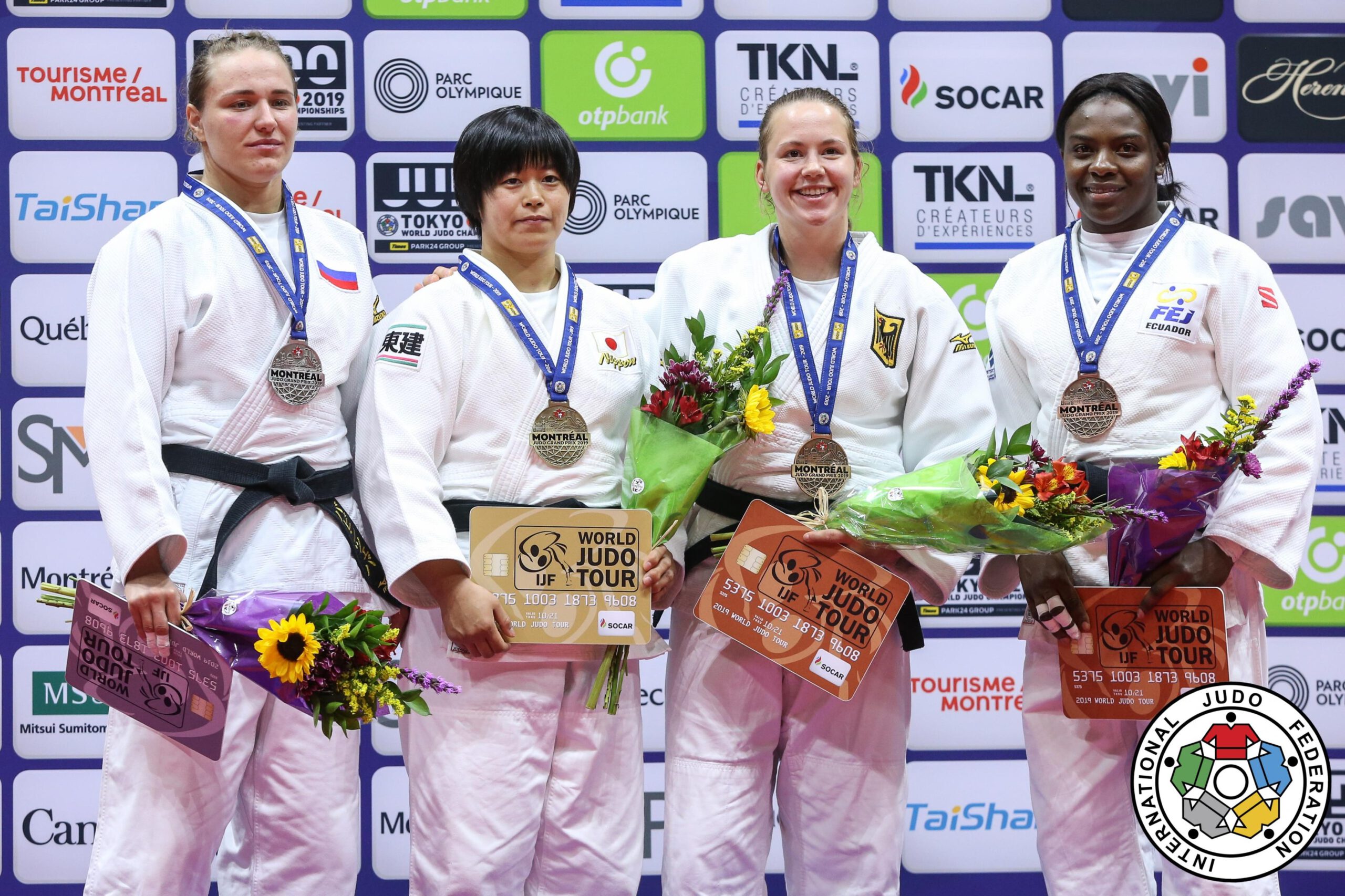 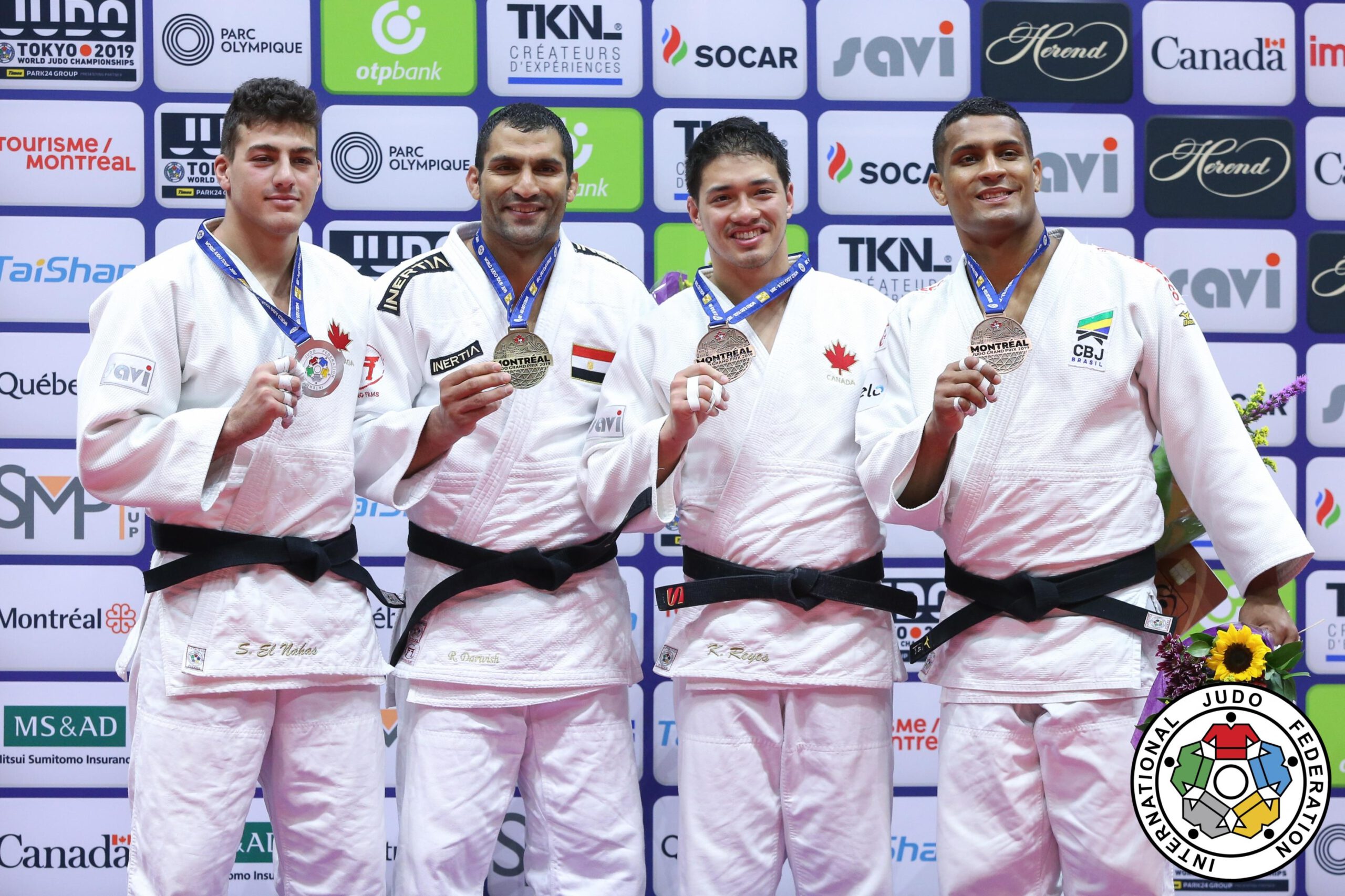 The fans stood and cheered. The name Riner, Riner, Riner rang around the venue. Riner was graceful in triumph, stepping forward after the final bow not only to shake hands and exchange the usual hug, but to give a comforting pat on the neck to his defeated opponent. The critics disappeared back to their armchairs and laptops to contemplate and pontificate from a distance on the next instalment of the story of the greatest heavyweight the sport has ever seen. Riner has returned, it’s business as usual.