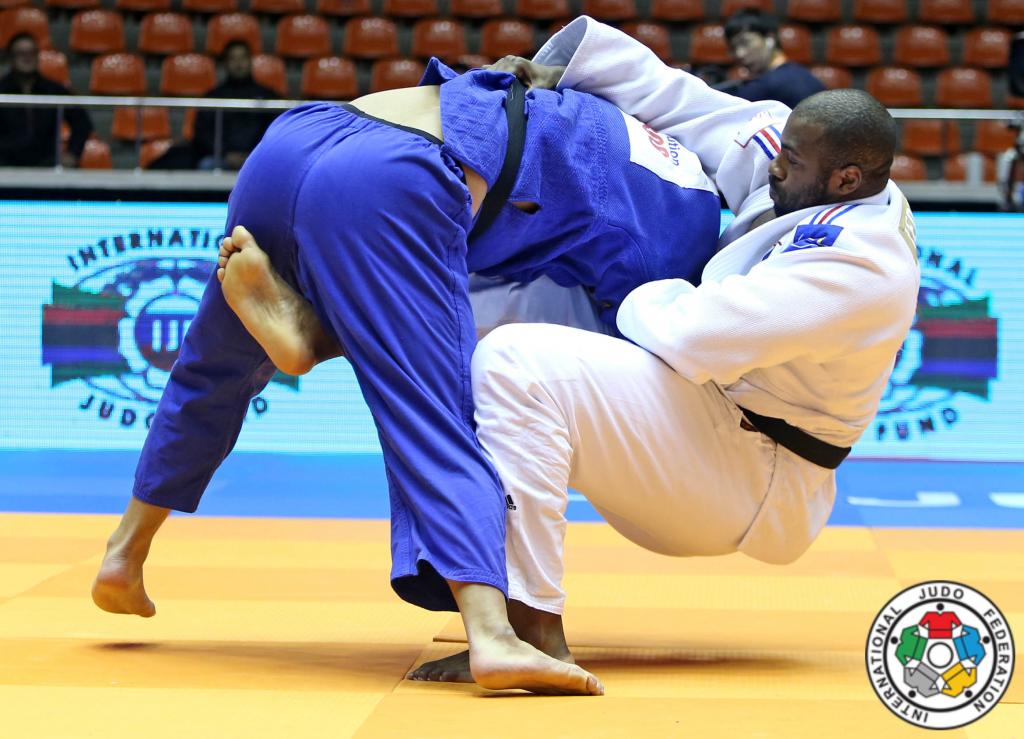 Whatever expectations spectators attending the final day of the Jeju Grand Prix may have had it is unlikely that Teddy Riner fulfilled them. This has nothing however to do with Riner, whose dominance of the heavyweight category appears seemingly impenetrable. It rests in reality with the opposition and their collective inability to produce performances that truly test the Olympic and seven times world champion. Korea’s Gi Guen Bae was first to face the French giant. In a contest that highlighted the difficulties facing Teddy’s opposition, Gi was akin to a patrol boat facing an aircraft carrier. The few pot shots that Gi mustered failed to trouble Riner who responded with a low right-handed harai goshi that levelled the outgunned 22 year old for ippon. Next up was Russian Sergey Kesaev who in 2009 won the junior European championships in Yerevan in the same month in which Riner was winning the senior world championships in Rotterdam. Unfortunately for Kesaev he has yet to close the gap as far as levels are concerned. Having collected two shidos inside a minute the Russian launched a somewhat over ambitious attempt at yoko otoshi that Riner simply quashed and proceeded to swallow up Kesaev and secure osaekomi for ippon. In the semi final Riner faced Vladut Simonescu ROM whom the Frenchman threw first with o uchi gari then sumi gaeshi to take his reserved berth in the final. Kim Sung Min of Korea was his opponent in a final that offered yet more evidence of the sheer scale of Riner’s dominance. Three shidos followed by hansokumake was a hugely disappointing effort from the home favourite Kim ranked 7th in the world. When asked about the final Riner said, “I did not enjoy the final as he was overly defensive”. It is not yet certain whether Riner will compete at the Golden League, it’s something Riner said he will discuss with his coach.

In the women’s -78kg category Audrey Tcheumeo took the gold medal for France making it a total of five gold medals for the French women’s team. Riner’s sinking of the opposition made it six for the French team overall.

For the rest of today’s results see: http://www.ippon.org/gp_kor2014.php