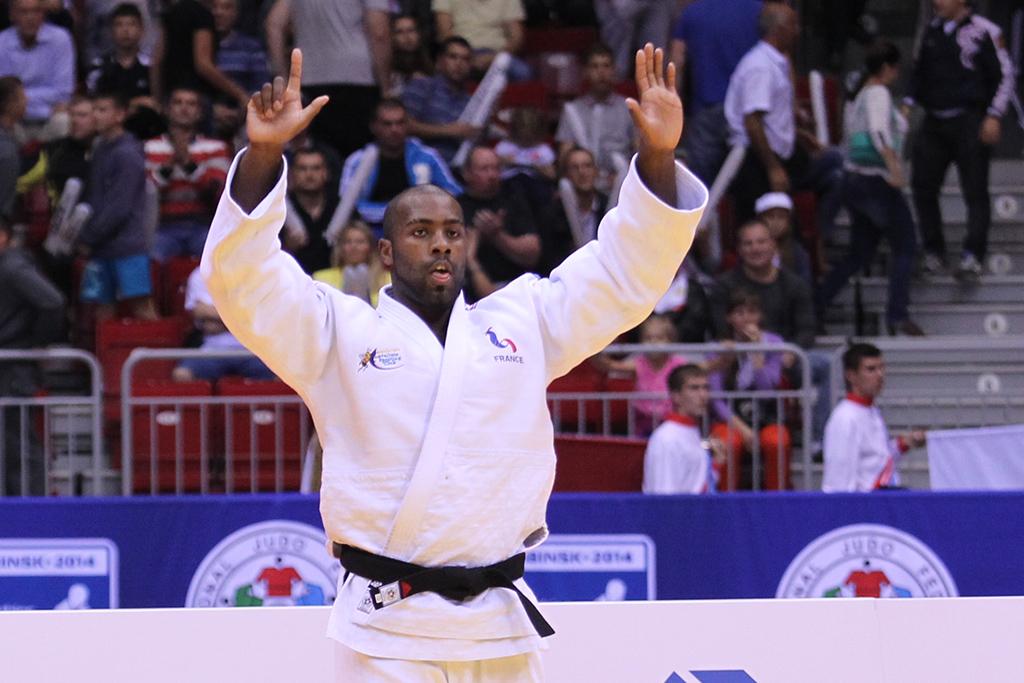 Teddy Riner’s reign in the +100kg category continues after a convincing sixth defence of his world title on the final day of individual competition at the world championships in Chelyabinsk. First to fall to the French giant was the Israeli Or Sasson whose hopes of any kind of credible performance were shattered within a minute, Riner’s first attack bringing the luckless Sasson crashing to the tatami with o sotogari for ippon. That set the tone for the day as Riner proceeded to rack up ippon after ippon against next Michal Horak CZE, Renat Saidov RUS and, in the semi-final, last year’s silver medallist Rafael Silva BRA. In the final Riner faced Japanese hope Shichinoe Ryu who had produced some fine judo (three ippons) on the way to the final. Shichinoe, after collecting three shidos, came closest to scoring when he brought down Riner with o uchigari. The crowd roared but the referee gave no score and, on review, the call stood leaving Riner to see out the remaining seconds and retain his title. Renat Saidov RUS also collected a crowd pleasing bronze medal. Double junior world champion Lukas Krpalek CZE became the first ever senior world champion for the Czech Republic when he defeated Jose Armenteros CUB in a fascinating final in the -100kg category. Krplaek had earlier defeated reigning Olympic champion Tagir Khaibulaev RUS as he proved that his newaza skills were as sharp as ever by beating both the Cuban and the Russian on the ground. There was a bronze medal too for Karl-Richard Frey GER. In the + 78kg category for women Emilie Andeol FRA was the only European to manage a podium place when she took bronze.

For the rest of the results from Day six click on: http://www.ippon.org/wc_sen2014.php
Click here to see the Gallery: http://www.eju.net/media/?galleryId=229&mode=showEvent&id=1833