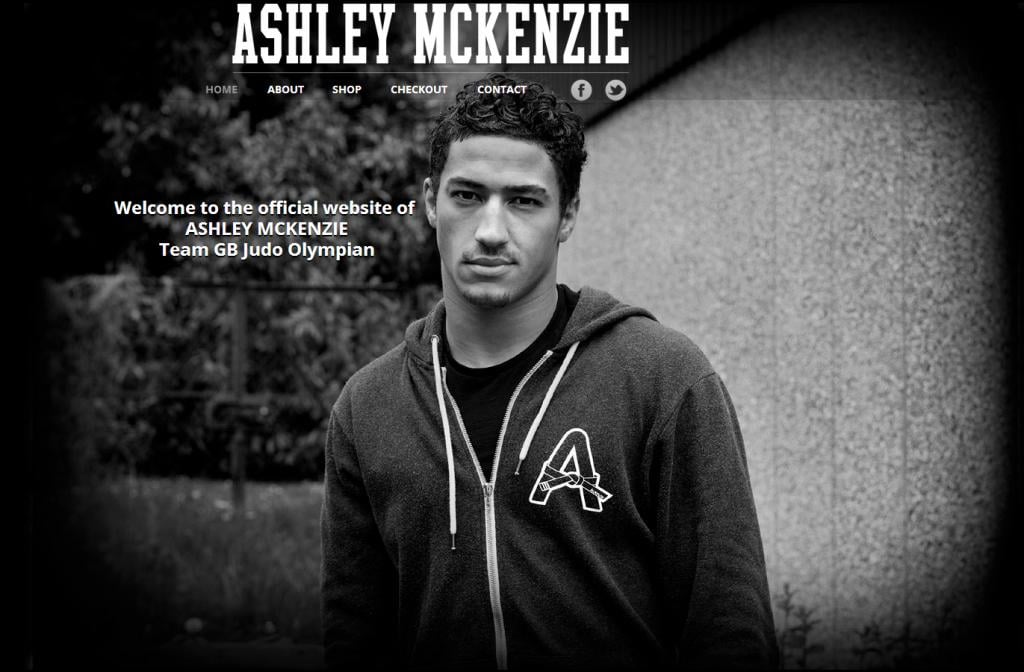 On our route to Rio, we have visited the host city of the last Olympic Games, London. European Bronze medalist 2013 and 2012 UK Celebrity Big Brother finalist is ready to take on the route to the 2016 Olympic Games.

One nice guy with two identities? Ashley McKenzie gave us a short insight view of how he copes with his celebrity life while pursuing his dream on the way to the Rio Olympics. By Szandra Szögedi Ashley began his judo career after one of his mate (who was doing judo at that time) throw him with an ‘osoto-gari’ on the playground, which caught Ashley’s attention and quickly search for the nearest dojo to learn the same tricks. Those tricks are now his weapons on the tournaments. Throughout the years, besides becoming an Olympian, Ashley managed to take a spot on the podium at the continental championships. 2005 Cadet Europeans Bronze, 2007 Junior Europeans Bronze and now 2013 Senior European Bronze is also part of his collection. Ashley’s first Olympic Games happened to be front of the home crowed: It was absolutely amazing and a really important experience for me in my judo career preparing me for what is still to hopefully come, competing on the highest stage with a lot of pressure on my shoulders… It was a brilliant opportunity and every sportsman’s dream to compete for your country at the Olympics. Being on home soil made it all the more special for me as I knew I was going to have great support from the crowd no matter what the outcome – he recalls his memories of the London 2012 Games. Once the 2012 Games were over, the U23 EC moved out of the village and moved into one of the most popular british live show, The Celebrity Big Brother house. Ashley explains the personal experience he gained from being part of the show: The show enabled me to mix with people from backgrounds that I would never normally have encountered in my day-to-day life. It gave me a chance to find out what people thought about me positive and negative which can be more useful in order to enable changes. Elite athletes will always strive for winning in every part of their life, however, for Ashley the show was more of the matter of a new experience than the victory itself. Ashley: I knew I was never going to win Big-Brother as I was the only unknown housemate with the smallest following prior to entering the house but to me just going in there I felt like I had already won and it was only the other housemates who were repeatedly telling me that I was going to win. You were known to be an Olympian, yet now you can call yourself a celebrity. What’s the difference between of the two lifestyle? A: The celebrity lifestyle is fun and gives me a chance to every so often attend events and photo shoots which enable me to switch off from judo and training temporarily. A lot more people approach me now and I guess the main difference is that judo is my job and my life and celebrity is just a bit of a hobby. Being an Olympian already brings a level of attention from the media, however as a celebrity it must have at least doubled the attention you receiving. How do you handle the celebrity part of the media coverage? Does it disturbs your judo career? Luckily I have good people around me who keep me grounded. We have utilised the attention that I receive by creating a clothing line (www.ashleymckenzie.co.uk) and if anything this enhances my judo career as it gives me something professional to focus on outside of training and competing. Secondly it enables me to visit different junior judo tournaments up and down the country where I sell my clothing which I love, but the kids love it too as I make sure I meet as many of the younger judo competitors as I can and I always hand out the medals too. Ashley has over 30,000 followers on twitter @Ashleymckenzi12. Do you feel pressure to perform due to the high number of fans who are following your progress? Ever since I was really young I have been very competitive and have always wanted to win for myself and to make my family proud so I don’t feel any extra pressure now. Now, with the your high reputation, you can perhaps consider yourself as a semi Briton. Which one is easier, to be an athlete or a celebrity? Being a celebrity is easier as anybody can be a celebrity regardless of talent. Being an athlete is much harder as you cannot fake it you have to have talent and train hard. Back on the mat…2013: how would you describe the year just passed by? 2013 was the best year of my judo career to date. I was the only Team GB competitor to win a European medal and all my results were improved from the European Cups to the Grand Slams eg. Bronze in Miami The Rio Olympic qualification is soon to begin and Ashley is currently sitting as Nb 13 on the world ranking list and he is preparing for the next two years by training hard and sticking to all of his goals. What’s your target for 2014? My targets for 2014 are to win another European championships medal and a Commonwealth one too. Ashley believes that priorities of focus and determination needs in order to became an Olympic medalist. So what does he need to focus on the most to make it in Rio? Ashley: I just need to keep up the hard work and stay free from injury and then I should hopefully qualify. The Briton’s three wishes: To qualify for the 2016 Olympics in Rio, good health me and for my family and I and that’s all I need in life I don’t need a 3rd. Have a look at Ashley’s website address http://www.ashleymckenzie.co.uk/ Follow him on twitter: Tweets by Ashleymckenzi12