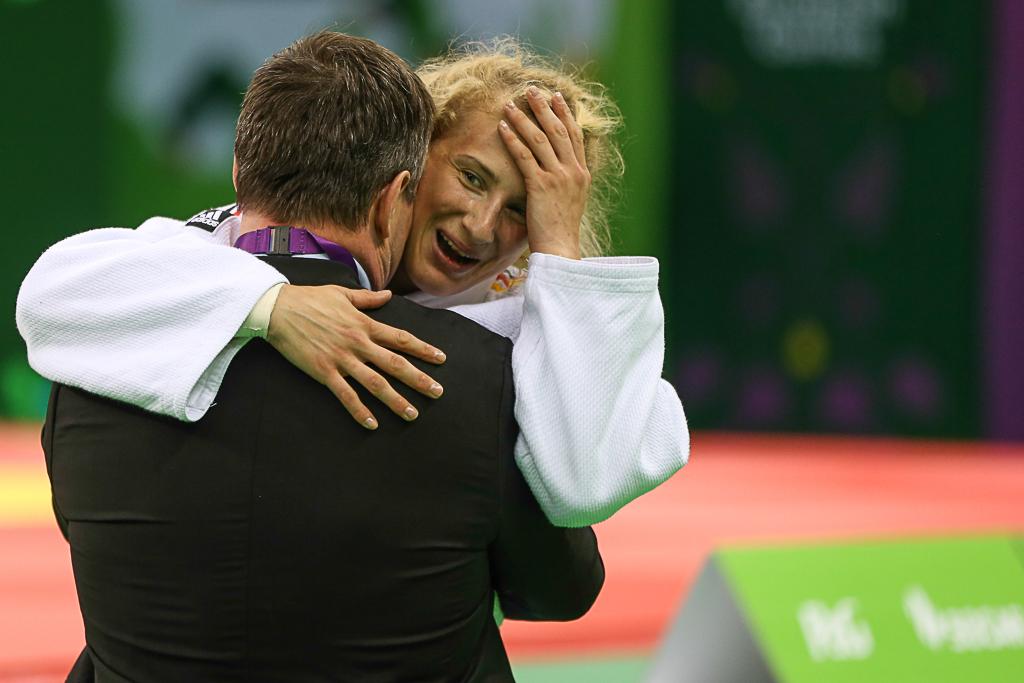 The attractive judoka from Germany takes her seat in the judo hall in Mittersill as she became the first to video interview for the category “Road to Rio”. Before you enjoy the video with Martyna TRAJDOS we want to introduce her.

Trajdos started judo at the age of 12. Not many would have known that her birth city is Belchatow, Poland. “My grandmother, as well as my grand grand parents were already in Germany when we went to visit them. I was very young and I got ill during our visit. It was at the same time I got diagnosed with hip dysplasia. From that moment onwards we stayed in Germany.”

When the German became senior she moved from Hamburg to Cologne. “To be honest, after school, I just wanted to travel, I wasn’t so much into judo. At the end, I changed all my plans and I ended up in Cologne.”

“In 2008, everything seemed easy but in 2009 I realised that to win, it requires some serious hard work. In 2009, I lost first fight at every single tournament. This didn’t change until 2011… There I began to believe that if I work hard everything is possible. After London 2012, I knew Rio will be my target”, she continued.

In 2015 Trajdos wrote history when she won the first European Games in the -63kg category. She also won seven IJF World Tour medals, including Tokyo Grand Slam. Whilst baking and sewing, the 26 years old judoka is focusing on her studies to complete her Bachelor Degree of Science.

Watch the full video interview down below.