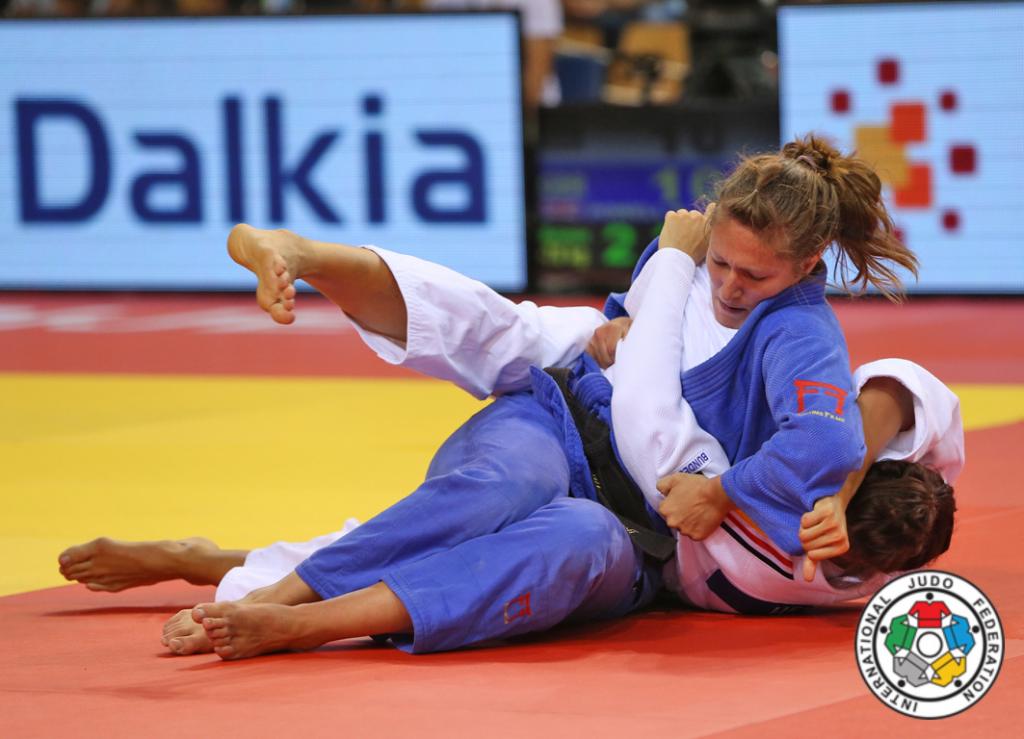 We continue our focus on the UK this week as we look at preparations for the next big event. Our Road to Rio series continues with a feature about Welsh star Natalie Powell.

By Szandra Szögedi She tells us how she is looking forward to accomplish her Olympic dreams, while having to compete not only against the world’s best in her category, but GB Olympic silver medallist and home rival Gemma Gibbons. Natalie started judo at a local club near her house, called Builth Wells: “I was eight years old when I started judo and my mum took me along because some of my friends were doing judo at that time. Natalie her discovered her hidden talents and began to nurture her Olympic dream early on. As a youngster she was involved in several other sports besides judo and at the time this was just another after school activity. She said:“As a child I was always involved in lots of different sports. I did athletics, tennis and netball as well as judo throughout secondary school to a decent level. “I regularly competed in judo at national level and I was on the British squad for the last two years of the juniors. “Yet, it wasn’t until I was 20 years old that I decided to train full time and fully commit to becoming an Olympian,” recalls the double UAE Grand Prix medallist. In three years the Welsh number one has harboured a dream to become UK and World number one. In this time she has shot up the world ranking list in her quest to become the next Olympian. However, since Natalie decided to make judo her career she has her sights on becoming not just an Olympian but a medallist too. Natalie said: “To become an Olympic medallist has always been a dream of mine, but it wasn’t until I switched weight categories in 2011 and committed to full time training that I fully believed it could actually be achieved.” Outside of the dojo, the British number two has other commitments to focus on while she completes her degree in Biomedical Science at Cardiff University. If, and when, Natalie gets time off, you will find her playing badminton, netball and socialising with her friends to switch off from judo. However, the pressure is much bigger than just juggling around exams, life and training schedules. Natalie has to show that she can defeat not only the world’s best in her class, but her former team mate, Olympic Silver medalist Gemma Gibbons. When asked whether she felt pressured or rather motivated after seeing her home rival collecting silver at the London Games, she responded, “Gemma fought extremely well in the last Olympics. “It’s great to have someone in my weight that keeps challenging me since it allows me to become a better player. “I don’t feel any negative pressure having her in my weight, if anything her winning the medal encourages me to do better. “I think that with her success in London she has a lot more pressure to deal with than me. Over the next year I will be focusing on my own development in order to achieve my goal of winning gold in Rio. In 2013, Natalie climbed upon on the podium almost every tournament she attended; the Croatian Grand Prix is just one to mention. Reviewing the year gone by, Natalie said: : “I’m really pleased with how 2013 has gone, I have had my best year to date results wise. “Moving up the ranking list is great, but I still have lots to work on to progress further in the next year. “I feel I have gained a lot of experience from camps and exposure to the International circuit andthat will hopefully put me in good stead for the year ahead. Looking ahead, in her own words, more immediate goals are to to “win the Commonwealth Games in July and to medal in both the European and World Championships.” That said, Natalie feels no pressure of having a home rival in her weight category. However, she she is not complacent and remains openly cautious. “This the first qualification period I will have experienced so I’m quite excited and eager to get on with it. At the same time I would imagine it will be very hard physically and mentally, so this is something I will need to fully prepare myself for in the upcoming months. The journey of an Olympic qualification is easy for any athlete, for many reasons. Each player has individual targets to improve on and to succeed in at the day to day basis. With this in mind, Natalie has identified key elements to focus on from May 1: “There are always things that need improving. “I will be continuously working on my strength, fitness and nutrition. “Qualification could be a stressful time and worrying about getting the points and results is bound to occur to some extent. “I think I need to forget about the bigger picture and focus on my judo and take one fight at a time. “Making small goals as I go to focus on the task in hand rather than focusing entirely on the bigger picture. “Hopefully this will allow me to keep improving in order to qualify as the No1 Brit for Rio. And if the dream of glory becomes reality, she says: “I have put years of hard work and commitment into judo, to win the Olympics would be the ultimate reward for the efforts I’ve put in. Natalie’s three wishes: To win Olympic Gold, Commonwealth Gold and to Be Happy in life. Watch more Road to Rio stories