“I really want this Olympic medal... I know it will be hard, but it is possible!” 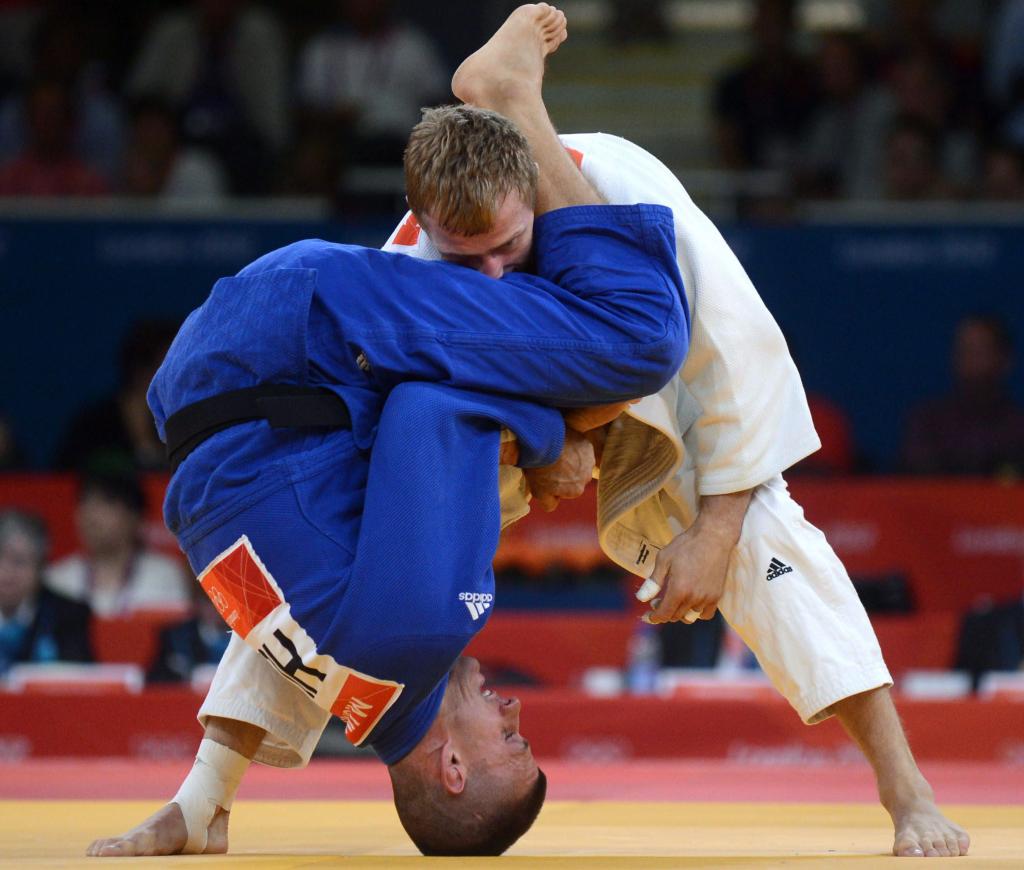 The Road to Rio continues and this week it was time to visit one of the judo clubs where discipline and success work hand in hand to bring medal showers all around the year. Judo Club Zdezele Sankaku Celje is based in the heart of the third largest town in Slovenia, called Celje. It is the same town where our double Olympian, Rok Draksic, completes his training duties.

Rok, was also born and raised in Celje, where he dedicated his life to his judo career. However, he secretly got engaged with the joy of the sport he admires: “Marjan Fabjan started to teach judo at my school and all my classmates started to do judo as well so I asked my father if I can join to the judo club too… I was seven years old at the time, and so his suggestion was that first my older brother, Toni should try it, and after maybe I can start training too…but I was eager to begin so I have started to train anyway… The first three months my dad didn’t know that I was doing judo, and it was not until I needed a judo kit when I had to tell him… I was lucky he wasn’t angry.”

Rok’s competitive career began by placing fifth at a local tournament in Griže and by the time he reached high school he knew that judo will be the one for him …”I remember I said to myself that I only want to train and study.” – he recalled. Rok always been a big fan of watching the Olympic Games since early age and so that was enough for him to know where he was heading to.

Judo – More than Sport. What does it mean for him? RD: “Judo means a lot to me… I learned that in life there are ups and downs but what is the most important is that no matters what, you follow your dreams… It is true that Judo is more than sport because it is very complex and if you want to be the best you must be strong, fast, smart and so on and so on… I learned so much through judo and I am really thankful to my judo club for everything.”

“Our sport is also a good preparation for life both physically and mentally, especially nowadays when children don’t move so much as we used to. Like the old Greeks said: We need to do something for our body and for our soul and I think Judo is prefect for that… Judo is truly more than sport.”– he added.

Off-site, when the time allows, Rok likes to go for mountain biking or work on their farm and if he has a bit more time he prefers to spend it with his niece. Rok enjoys the idea of travelling around the world; however he specifically likes to compete in Russia due to his memorable win in 2006 at the Moscow World Cup, which is the victory to be marked as the beginning of his successful senior career. Besides his judo career, Rok also excelled in his studies after finishing his degree in Civil Engineering.

Moving on, and looking towards this year’s goal, Rok will have his eyes on the European Championships in Baku, Azerbaijan; whilst looking to peak at the World Championships too in Astana, Kazakhstan. The 2016 Rio Games will not be his first experience of the biggest show on Earth. Rok has competed at the 2008 Beijing as well as at the 2012 London Olympic Games; however, both occasion he had to return home without a medal. “I think my head was not on the right track so I must be more focused in Rio.” – he said while reflecting back to his past Olympic experiences.

It is safe to say that the Slovenian judo star adapts very well to changes especially when it comes to moving up a weight class; he always delivers. In 2008, he booked his spot in the U60 category whilst for the 2012 Summer Games he qualified in the U66 category and a year later we witnessed Rok’s triumph of the 2013 European title in the U73 category. The same weight class which he is heading towards to his third Olympic Games. What is your secret? “I don’t know why, but each time it was easy to adapt… maybe it is because I like fighting with big guys.”– Rok replied with a charming smile. His fighting spirit perfectly suits his nickname, as most of his friends call him Roky.

Athletes’ rituals accommodate familiarity and comfort. Rituals go up to different range from unusual to bizarre. Wearing the same shirt, having a specific meal or using ‘the lucky’ belt are just few to mention of the rituals judo players’ have before a tournament. The 2014 Abu-Dhabi Grand Slam bronze medallist has two formalities he likes to follow: scrambled eggs for breakfast and checking the draw just before the competition starts.

Rok’s dedication is exceptional to his chosen sport and it is natural for him to strive to be the best, simply because, as he explains, it is the way he has been brought up. However, judo has its’ ups and downs too. Sometimes it is very little what makes a difference between of winning and losing, which often can be the effect of a last extra push during a tough workout. When Roky hits the bottom of a hard training he imagines his opponents training hard and so it pushes him to do more.

Talking about the downsides…defeat is also part of the deal when you are an elite athlete and it is important to be able to handle it. Some defeats are easier to overcome than others. Rok admits that so far the hardest moment of his career was the moment when he had to bow off against Ungvari at the London 2012 Games knowing that it was the end of the road for him.

RD: “I kept on asking myself what have I done wrong and that I don’t want this to happen again… Luckily, after a month off and some holiday I managed to overcome that day eventually and I was ready to take on the world again.”

It is not that dark after all, there are many joys to remember when you are an elite and in Rok’s words, being a top judo player is like “Living your dreams…and it is also a privilege that I am an idol to the young generation and I am very happy for that.”

Unexceptionally, Rok has been asked about his target at the 2016 Rio Olympic Games and his responded with no hesitation: “I really want this Olympic medal; I know it will be hard, but it is possible.” Rok’s three wishes: “To win an Olympic medal, to be healthy and to be happy.”