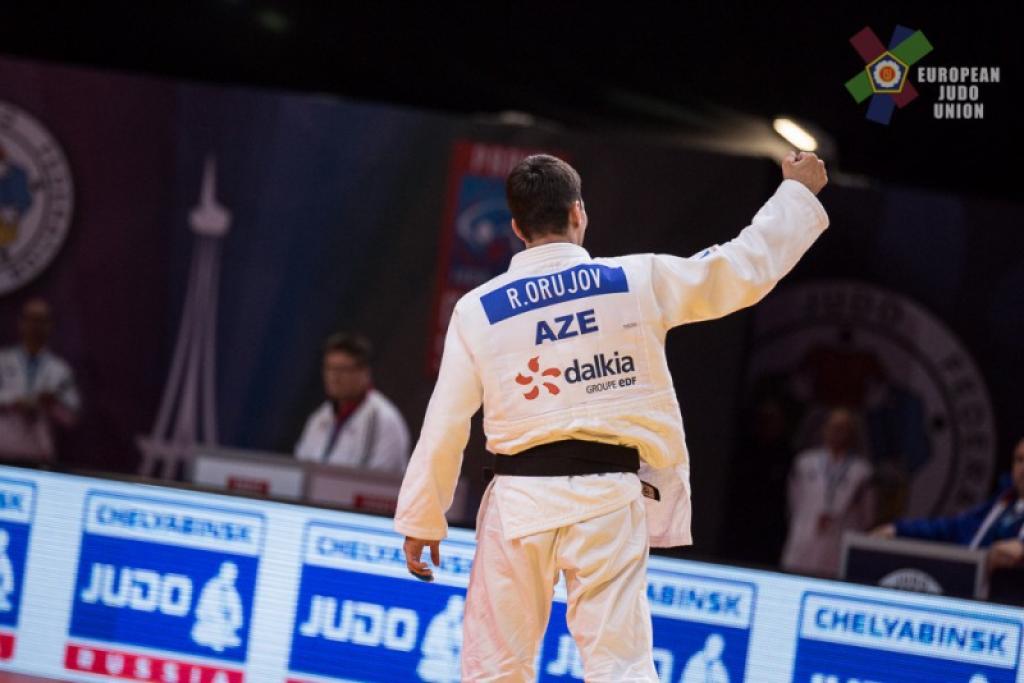 Our Road to Rio led us to move further towards the East and visit Azerbaijan. The country situated at the crossroads of Eastern Europe and Western Asia. The same country where multiple Grand Slam winner, RUSTAM ORUJOV, is currently completing his daily training schedules.

Before taking any steps further, the story has to start from up North as Orujov was actually born in a town called Ust-Ilimsk in Russia. It was also the same place where he was introduced to judo at the age of eight at his first ever judo club, Sambo 2000. “At the age of seven I went to chess, but I saw it was not for me and shortly after I turned eight years old, my grandmother took me to judo… I even remember my first tournament. It was in the city of Ulan-Ude. I remember competing in the -38kg weight category there and I finished 3rd place.” At the age of fourteen his family decided to move to Azerbaijan and regards to Rio this is where it all began. From 2010 onwards, Orujov begin to catch eyes of many. Not only with his ever smiling and kind personality but with his incredible judo talent. In 2012, he won his first ever Grand Prix gold in Baku and a year later he took another victory in the same city where by than, the tournament was upgraded to Grand Slam level. Speaking of his career and his passion for his chosen discipline he said “I can not imagine a day without judo… Judo taught me to be able to make decisions quicker… Judo boosted my self-confidence as well as my perseverance.”

The year of 2015 kicked off with great performance and medal collections for Orujov. Winning the Tbilisi and Samsun Grand Prix was not enough. Orujov also took gold at the Baku Grand Slam again. To top it up, he won bronze at the IJF World Masters in Rabat, Morocco. “After I took bronze at the Masters, I thought I could take a medal at the European Games…”

The first ever European Games took place in Baku, Azerbaijani, which meant for Orujov to have the privilege to fight what we call on his door step, front of all his friends and family. “The European Games was a very good lesson for me. I underestimated my opponent”, said Orjuov whilst reflecting back to June when he suffered a defeat from Jezek JAROMIR (CZE) during the preliminaries. “That day I realized we can not be overconfident”

Just when he thought this can’t get any worst, weeks later he picked up an injury which set him back competing at the 2015 World Championships. His injury held him off the tatami for several months and just as the Paris Grand Slam tournament restarted, Orujov raised with the occasion and returned in the spot light with a silver performance at the Bercy Stadium. “After a four months break, I longed for victory and wanted to prove to everyone that I am back.”

Orujov competed at the London 2012 Games where after winning his first contest he was up against Mansur ISAEV (RUS). At the end of the contest, he had to bow off not knowing Isaev will became London Olympic Champion later on that day.  “Even thought I didn’t make it to the podium, I still consider London Olympics as my most memorable contests because not every athlete destined to fight at the Olympics. Having said that, now I would like to once again compete with Isaev.”, phrased Orujov. So, the ‘what its like to compete at the Olympic Games’ has been ticked off on his list. Now, on his way to Rio, Orujov is going for something bigger… “I set to win in Rio.”

Orujov’s sparkling personality reflected back again when asked about his most difficult moment of his life so far. After all the things been said above, you would think it must be something to do with the European Games or not having to fight at the Worlds this year… Not at all. When asked of his most difficult moment he said, with a big smile, “Meeting the parents of my wife.” The 24 years old judoka excelled in his studies and graduated at the Azerbaijan State Academy of Physical training and Sport. The little free time he has he prefers to spend it around his family and friends. His motivational line describes the following: “If you don’t have the strength to win, have enough pride not to give up.” Rustam Orujov will next be in action at the Grand Prix in China. For closing words, he added: “My father always supported me. Also my coaches are always there for me, Farhad Mammadov and Ali Davrishov. They showed me the right path to judo. Also a big thanks to our head coach, Peter Seisenbacher, in whom I really believe and I trust he will help me to become a champion.”