“I was watching the Summer Games in 1996 with my club and with my coach and I remember when Udo Quellmalz won the final in the U65kg category, I turned to my coach and said: I want to be there!" 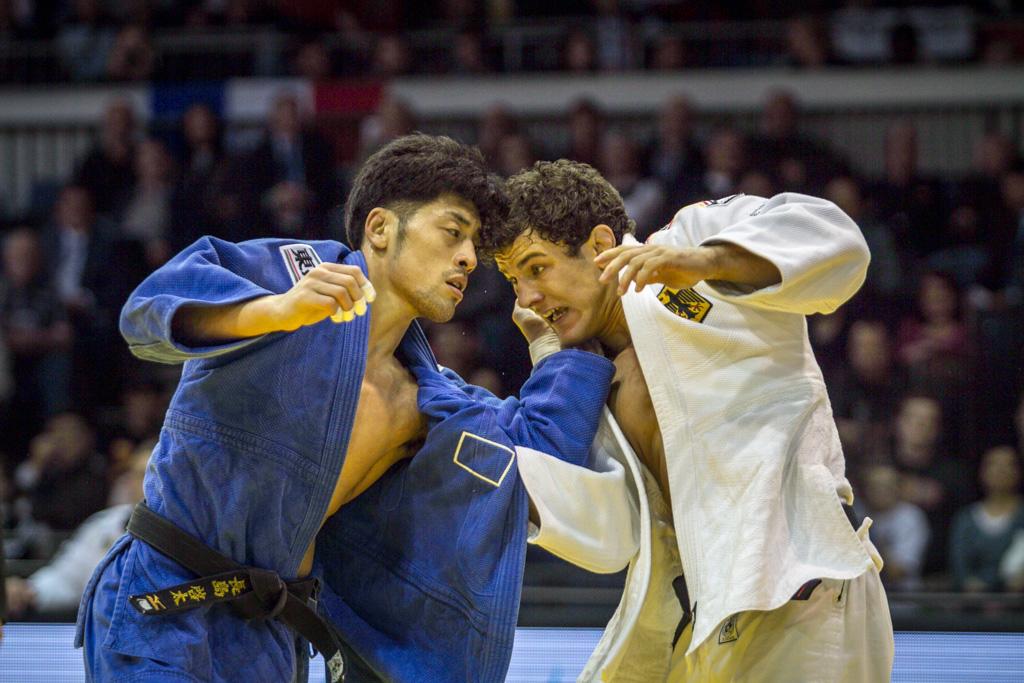 On the current Olympic ranking list Germany has four players in the -81kg who are aiming to book a spot at the 2016 Summer Games. Sven Maresch is amongst those players. We had the opportunity to get an insight view of his judo journey, his likes and dislikes and his preparation for the next Mega-Event.

Sven started judo at the age of seven in his hometown, Erfurt. Three years later he knew exactly what he wanted to do: “I was watching the Summer Games in 1996 with my club and with my coach and I remember when Udo Quellmalz won the final of the U65kg category… I turned to my coach and said: ‘I want to be there!’.

“Five years later I have met Detlef Ultsch (1908 OG – Bronze) for the first time and he talked about his career and motivation… I was really impressed and inspired by his speech. These two moments were crucial in making the decision of wanting to have judo as my profession.” – he added. Along his journey as a young judoka, Sven had few others to inspire him, including, Toshihiko Koga, Detlef Ultsch, Ayrton Senna and Udo Quellmalz.

The 28 years old judoka describes judo as a ‘school for life’: “Judo is one of those things in my life where I can give my personality into a way and can develop my body and mind to a high level. It was and is a great ‘school for life’ and sometimes it’s harder, sometimes it’s easier but I can achieve some of my targets inside there.”

Every athlete wakes up with the mind-set of wanting to be the best. However, besides hard work there are other key elements required to became the best. Sven shared his thoughts on what it takes to become successful in judo: “In my opinion, judo is one of the queens across all the sports. If you want to be successful on the tatami you must be completed and balanced in your body and in your mind. I love this kind of perfection. The moments of winning a tournament and to enjoy this with the coach, team mates, family and friends. But also the moment of the medal ceremony.. when you hear your national anthem. It’s a moment of silence, emotions and deep satisfaction inside of you. These are special moments which you don’t feel everyday.” Amongst his endless list of achievements, Sven won his first European medal last year in Montpellier where he overcome his Greek opponent to claim bronze. Yet, his most memorable achievement so far is his first European Champion title as a junior in 2006. What happened there? SM: “For the first time, I had seen and felt that I can make my dreams come true if I work hard and believe in myself. I also like to remember the first bronze medal with the German Team at the Europeans in 2011…it was an amazing feeling with a great team spirit!”

Sven has an artistic side of him and music plays an important role in his life. Even thought, he prefers not to listen to any music directly before his contests, he likes a bit of Deep House, Minimal or a hint of Classical music as a motivation during journeys or competition days.
As a hobby he likes to create and play (DJing) music (minimal, deep house, ambient) and drawing or writing a little bit. Sven explained that through art he can express his thoughts about all of the impressions during his journeys around the world and the time of his life whilst living in Berlin, which he describes as an exciting place.

Sven’s personal ritual before any tournament also connects to a bit of art: “Since I am a child, I pack my bag for a tournament in a personal way, little bit traditional, special art, but always the same way.” – explained the 2015 Dusseldorf GP bronze medallist.
Besides music and art, Sven also like to read or just meet up with friends. The German born judoka loves his Italian cousins as well as the Italian culture, and for holiday where else he would go than to Italy. ‘Ė grandioso’ – as they would say it in Italy.

Back to judo! On the road to Rio, Sven, as well as most of the judokas, has his targets lined up for this year. Two of his main goals are to win a medal at the World Championships in Astana and save his position as the German number one in his weight category.

Sven’s biggest dream yet to remain his biggest disappointment in his career. In 2012, he missed out on qualifying to the Games. However, looking back he takes it as a learning curve and a test, whilst he also believes that the disappointment on missing out on the London Games brought him to a higher level he is at now.

Sven Maresch will be in action next at the Zagreb Grand Prix and in the meantime you can check out his websiteto keep up to date at www.svenmaresch.de