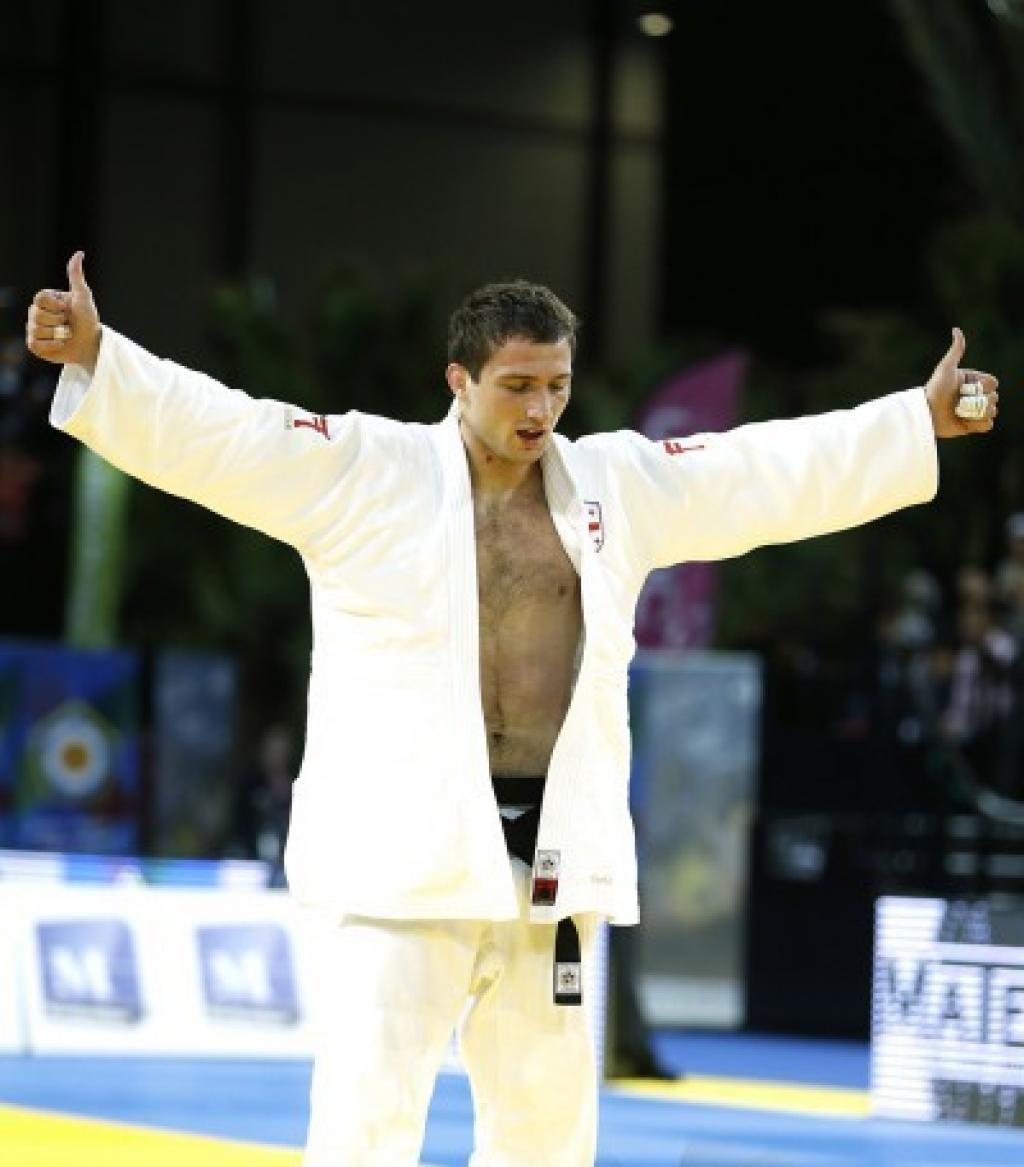 After a successful Georgian weekend from the female perspective in Madrid, the Olympic qualification carried on in Havana, Cuba where a Grand Prix was taking place. The phenomenal Georgian male team was also at present, including two times European Champion, Varlam Liparteliani. Varlam stepped on the tatami at the first time when he reached the age of 11 in Tbilis, Georgia. “My main driver was Japanese Judoka Inoue, the time when I realised what is the target of my life was when Zviadauri won the Olympic Games in 2004.” – recalls the 2014 Paris Grand Slam silver medallist. “I was 15 when I took part at the Cadet European Championship for the first time. I won the tournament and that is when I realized that Judo was something I could succeed in. So it became my lifestyle.” –he added. Outside of the dojo, Varlam plays a role as a father and when his hectic schedule allows, he likes to spend time with his family. Since his Cadet European medal, Varlam collected several titles, including six European medals, two gold (2012,2014), two silver (2009,2010,2013) and one bronze medal (2011). In addition, he collected a world silver medal last year, which was his first World Championship medal. Varlam clearly dedicated himself to judo and it is clearly covers the most part of his life. When asked what does the Olympic means to him, he replied: “The Olympic Games is the biggest tournament in my career.” Varlam’s favourite tournament of the IJF tour is the Paris Grand Slam. Why? VL: “I like the Grand Slam in Paris, because they have the best atmosphere and circumstances for a tournament.” Which one of his European title is more memorable for him? VL: “When I became European Champion for the first time, simple, because it was for the first time.” So, he has it all, except… that precious Olympic medal all athletes dream of. Varlam has qualified for the London 2012 Olympic Games, where the disappointment came after an unexpected loss against Anthony Mark (AUS) which cost him being able to go through to the quarter-final. Understandable, Varlam did not wish to talk about that day, however in discussion of the preparation towards the Rio 2016, he said – ”This is a secret.” For the rest of this year, Varlam’s main target is to stand on the top of the podium at the World Championships, which will take place towards the end of August in Chelyabinsk, Russia. Varlam is currently number one in the world in his weight category, which, as he describes, “Of course a great feeling, but means nothing special”, therefore he keeps focusing on the main target, which is Rio 2016. Winning the Olympic Gold in 2016 will be, in his words, “the biggest victory of my life and my career.” Being an elite athlete includes many positive and negative concepts… fun, challenge, game, sacrifice, friendship, skills, self-concept… the list is endless… What are the ups and downs of being the best at his chosen discipline for the Georgian judoka? Varlam’s respond: “The best is that you are a successful in your sport, and the worst is that it is a big responsibility.” As all our athletes asked before, we have questioned Varlam’s three biggest wishes: “My dreams are my wife and my son and my wish is winning the Olympic Games.”