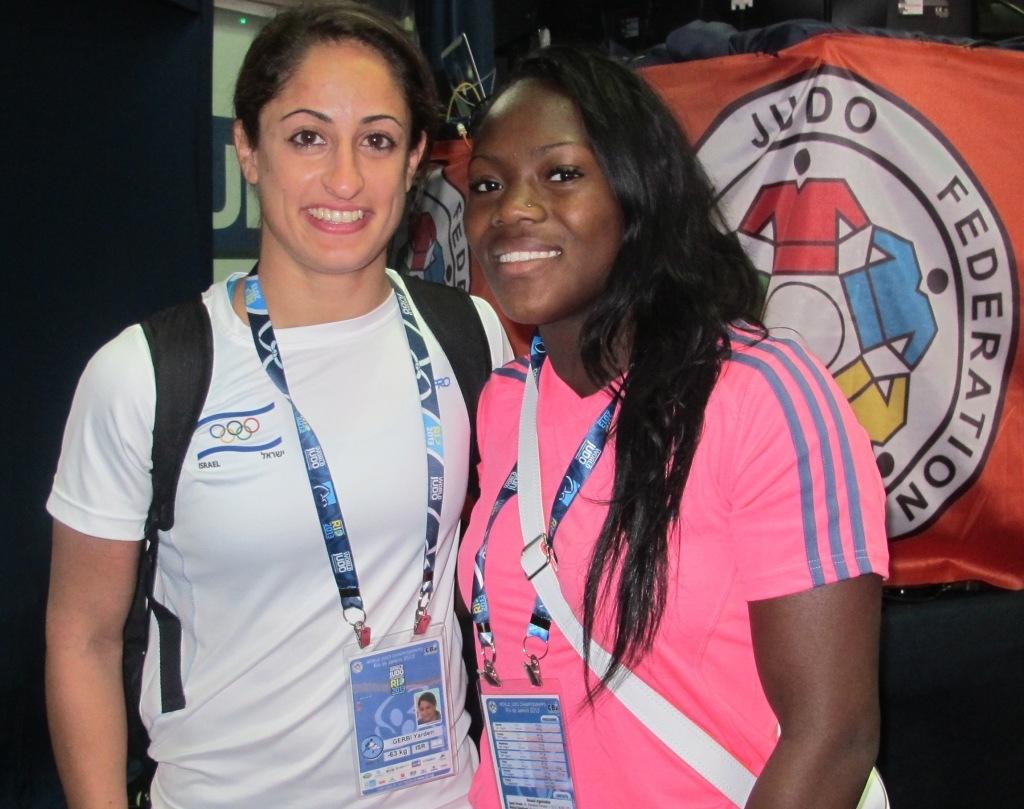 When I made my decision, I knew it was going to be my profession…

Current World Champion, Yarden Gerbi began her career at the age of 6 and it took years and years before she has decided to stick to it as her profession:

“As a young girl of course judo was hobby and I was playing basketball too until the age of 14 when the two together became too much, I had to choose. When I made my decision, I knew it was going to be my profession.”

Competition is a loaded word, bringing out our desire to win and be chosen, and also stirring up our insecurities and greatest fears. Gerbi also believes that the day of the competition is something incomparable, when we asked her what the word ‘competition’ means to her. Gerbi:

“Competition for me is a special day. I don’t know if there is anything in life could be compared to those feelings. It starts the day before with butterflies in the stomach…following with several other feelings the next morning… the motivation, the desire, the warm up, the first fight, and just the whole day itself. It is a special feeling and I love it.”

Winning and losing are both part of the journey of an athlete. Neither of them happens once in a while, yet both can became a habit. Winning is what everyone strives for whether it’s on or off the mat. Someone as successful as Yarden Gerbi certainly knows the feelings of the victory. She shares her view on what winning means to her:

“It’s always a great feeling to win but for me it’s also important how I win. When I take a victory with a less reasonable performance behind it, I think the way that I prove myself that I can fight with the mind. However, there is nothing like winning by Ippon”

Her list of achievements is endless, however the 2016 hopeful not only well known for her results but for her generosity and kindness. Females are generally more competitive in life than male individuals. Woman constantly competing with each other, therefore woman athletes often struggle to handle the concept competition in an appropriate manner. Which results that friendship between of female competitors is less likely than between male competitors; especially in a contact sport like Judo. Gerbi, however excels in this area too.

“Friendship is a big part in my life, I know who are my close people that I can trust. I know they will be there for me any time and that I love them.”

Clarisse Agbegnenou is one of Gerbi’s biggest opponent and a very close friend too.

“I know Clarisse for a good few years, but I think we became really good friends in the last two years. December 2011 in Japan was the first time when we actually spent time together and that’s where it has all begin… Later on we fought each other in Dusseldorf 2012 where she won. The same night we went to celebrate together and we spoke about our friendship. Even though she won I felt that I like this girl and at the party we already forgot about the competition and just focused on enjoying the evening…By May 2012 we went for holiday together in Martinique with two others friends, which since than continued to be the same way.”

The world of Judo and the World of sport itself is like a big family. However, undoubtedly, it is rear to come across with two opponents where great friendship also valued. Not many, actually very very few athlete can separate their competitiveness with friendship. In fact many players purposely don’t make friends, occasionally don’t talk at all with players from their own weigh category due to their competitive mind. So HOW she does it? Yarden smiles:

“I have many friends around the world, and some of them from my own weight group. When I say friends I don’t only mean friends at competitions…there are some players I have regular contact with via phone or social networks.”

On the day before any fight, I don’t think of who is the person I am up against. I don’t think like ‘she is my friend’ I think practically. In my mind I am going through details of what to do, what she can do, what I need to be careful of and so on and so on. I am not saying it never happened, but when I get a bit focused and mixed up inside, I manage to block the feelings of friendship out during the contest. Maybe sometimes it’s not easy but definitely do-able.” A special friend…

“Clarisse it’s special because we are same minded. A competition day for us it’s like a festive… we both listen to music, we dance, we are happy, free minded and always smiling. Often, we even found ourselves waiting for the next fights together. It’s better for both of us than just sitting around. Sometimes players can be so focused that it makes your body blocked. When I need to fight and be focus I am, but in between of contests everyone is a person, and my friends are there so I enjoy them, no matter if in my weight category or not. It works for some but not for others, both ways, I respect.”

Yarden Gerbi made history already in the host city of the next Olympic Games. She took Gold at the 2013 World Championships in Rio de Janeiro which made her to become the first World Champion of her nation. But that’s not all. In the final she was facing her friend, once again, Clarisse Agbegnenou. The contest ended shortly after the first hajime when Yarden scored ippon by shime-waza. Agbegnenou was unconscious and Gerbi showed her true friendship on the mat.

“During the shime-waza I felt she was gone before the referee said Ippon. When he said Ippon I looked directly to the doctor why he is not coming on the mat… I just wanted to see her waking up fast… My first instinct was to look at her and her awake. This is me. I don’t regret it. After we left the mat I saw her sitting on the floor I went see her and gave her a hug… While we were waiting for the medal ceremony we had a big hug again which ended in tears. I really like her and I could see that she was truly happy for me even she lost. It proves that she is not only a good friend but a true friend.”

In regard to the new rules where ‘her’ choke was cancelled Gerbi says:

“I’m a bit disappointed that my choke was canceled after I used it more than 3 years. I don’t really understand why two years ago it was okay, but now it is not anymore. But I follow the rules and will find a new weapon. My main judo is tachi waza so it won’t affect me so much.”

Gerbi has never won the European title, which will be one of her targets for next year. In the long term; Rio de Janeiro could be a special place for the Israelian sportsmen of the year as she could create another historical moment by becoming the first Olympic champion at the 2016 Olympic Games. As always, we asked our Olympic hopeful of their top three wishes:

“to be happy , to be healthy and to be an Olympic champion.”