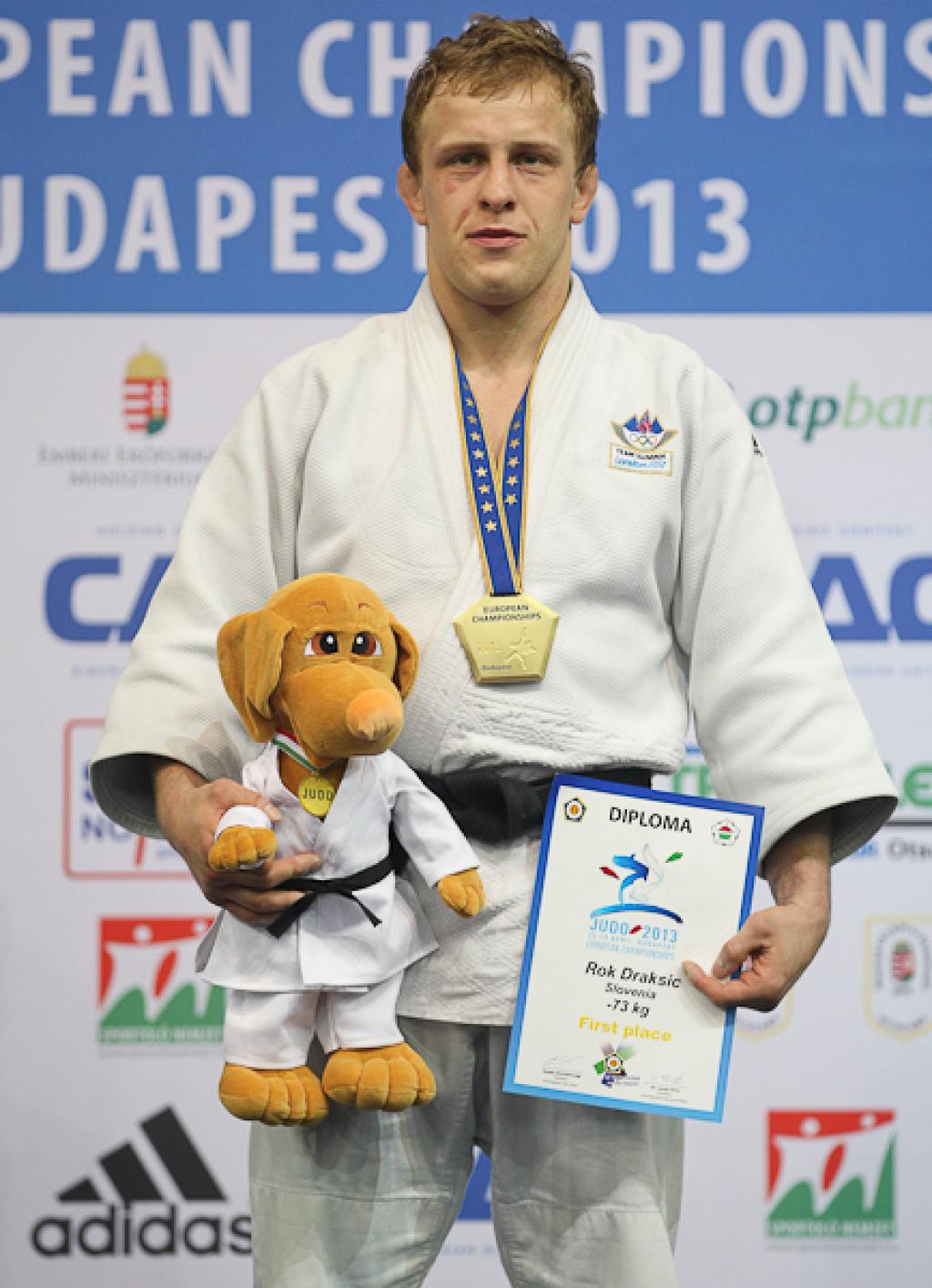 In today’s final of the European Championships Draksic defeated Nugzari Tatalashvili of Georgia in the final. However it was not only decided in the final, the road to the final may have been heavier: Hasan Vanlioglu (TUR), hightest seeded Dex Elmont and Musa Mogushkov, the winner of the Grand Prix of Samsun were defeated.

Draksic was able to defeat Pierre Duprat, the winner of the Grand Prix of Düsseldorf. After such road to the final, Draksic can really say he is the best of Europe U73kg.

Draksic: “This is my first major competition in this (weight) category and I made it to the final and I won. I had an awesome day. I won my first three matches by Ippon. The semifinal and the final were more tactical, but this is also part of judo. (On his secret of success) We have one motto in my club and with our coaches – hard work, hard work and hard work. It paid off today.”

Tatalashvili was a surprise. He is ranked 21 at the IJF World Ranking list but was the winner in a pool with Murat Kodzokov as opponent in the quarter final. However an incomparable strength compared to Draksic’ pool of death. The Georgian victory in the semi final was surprising though against Belgian Dirk van Tichelt who seemed to be recovered from his infection this month, but he came short in the semi final. Also the Belgium judoka lost his bronze medal fight against Zebeda Rekhviashvili (GEO).

The second bronze was for Pierre Duprat after his won match against Murat Kodzokov from Russia.