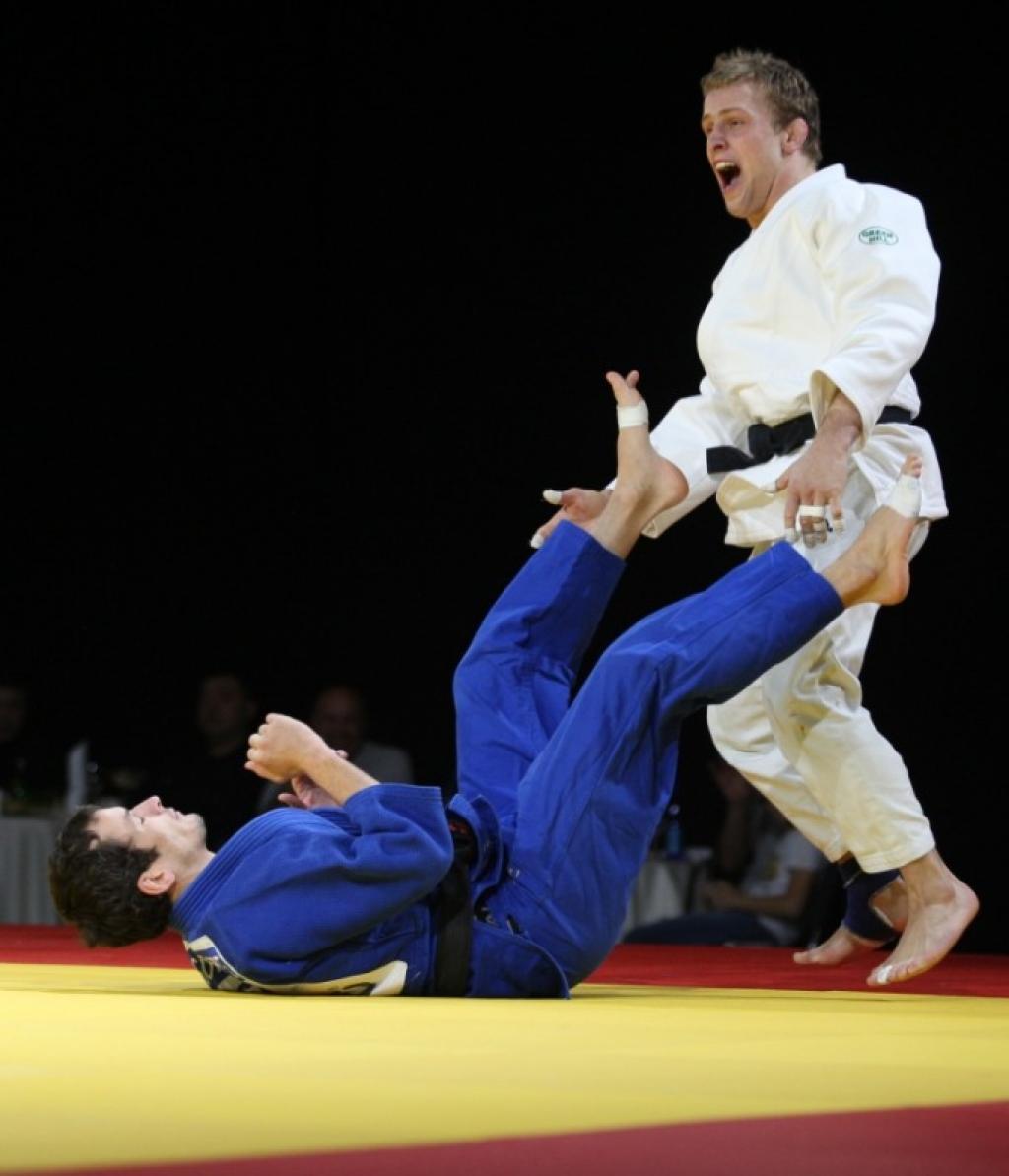 The first ECCO Judo Hero Challenge was won by Rok Draksic of Slovenia. He found himself an outsider in this field and was honoured to invited among the best eight players. The wiped away the deception of the Olympic Games in his beloved judo country Russia. “I am always good in Russia” the winners said. He thanks Musa Mogushkov for the invitation and was happy to make the difference.

Also Ezio Gamba was impressed by the victory of Draksic. “He was clearly the most fresh of the bunch and ready to win”. In the final of the men who usually fight U66kg, he defeated Sugoi Uriarte of Spain. All athletes had an allowance of 5 kilogram and the weigh-in was in the morning while the event took place in the late afternoon.

Draksic started his tournament well against the 2009 World Champion Khashbaatar Tsagaanbaatar (MLG). “It was a tough opponent for me in my first match but I was happy to make the difference in the golden score” Draksic amended. His second match was against Miklos Ungvari. Miklos Ungvari defeated Sergey Lim (KAZ) in his first match.

He defeated the Hungarian at the match for bronze this year at the European Championships in Chelyabinsk. His first big medal at a continental senior championship. But he Also knew Ungvari has a reputation as second of the Olympic Games and he defeated Draksic before. This time Draksic defeated him in the golden score in the semi final.

Musa Mogushkov, challenged the initial eight judoka. Olympic Champion Lasha Shavdatuashvili couldn’t fight in the end due to an injury. Mogushkov defeated Tarlan Karimov in his first match as a revenge for the Olympic loss he suffered in London. In the semi final he lost against Sugoi Uriarte after his five previous losses against his nemesis. “I cleared my head knowing this and started to attack more than usual and it was successful” the silver medallist said.

In the final Draksic was clearly the better judoka, active and scored an ippon in twenty seconds, the first ippon of the day and good for 30,000 euro for the winner. Uriarte won 20,000 euro, Musa Mogushkov who won the bronze medal fight against Miklos Ungvari took the remaining 10,000 euro. Mogushkov apologized for not being in the best shape. It was his last tournament U66kg and will now fight U73kg, the category of Olympic Champion Mansur Isaev. Ezio Gamba said: “Musa is a good guy and I trust him he win a place in the team.”

It was a great day for Draksic anyway, his mother turned 50 years today and he called her with the good news. The amount of 30,000 euro will be put on the bank. He has a technical engineer background, “One day I want to build my own house” said the happy winner on the question what to do with the prize money, a solid investment in his future was planted today.

Read more reactions on the challenge in our Press conference report.