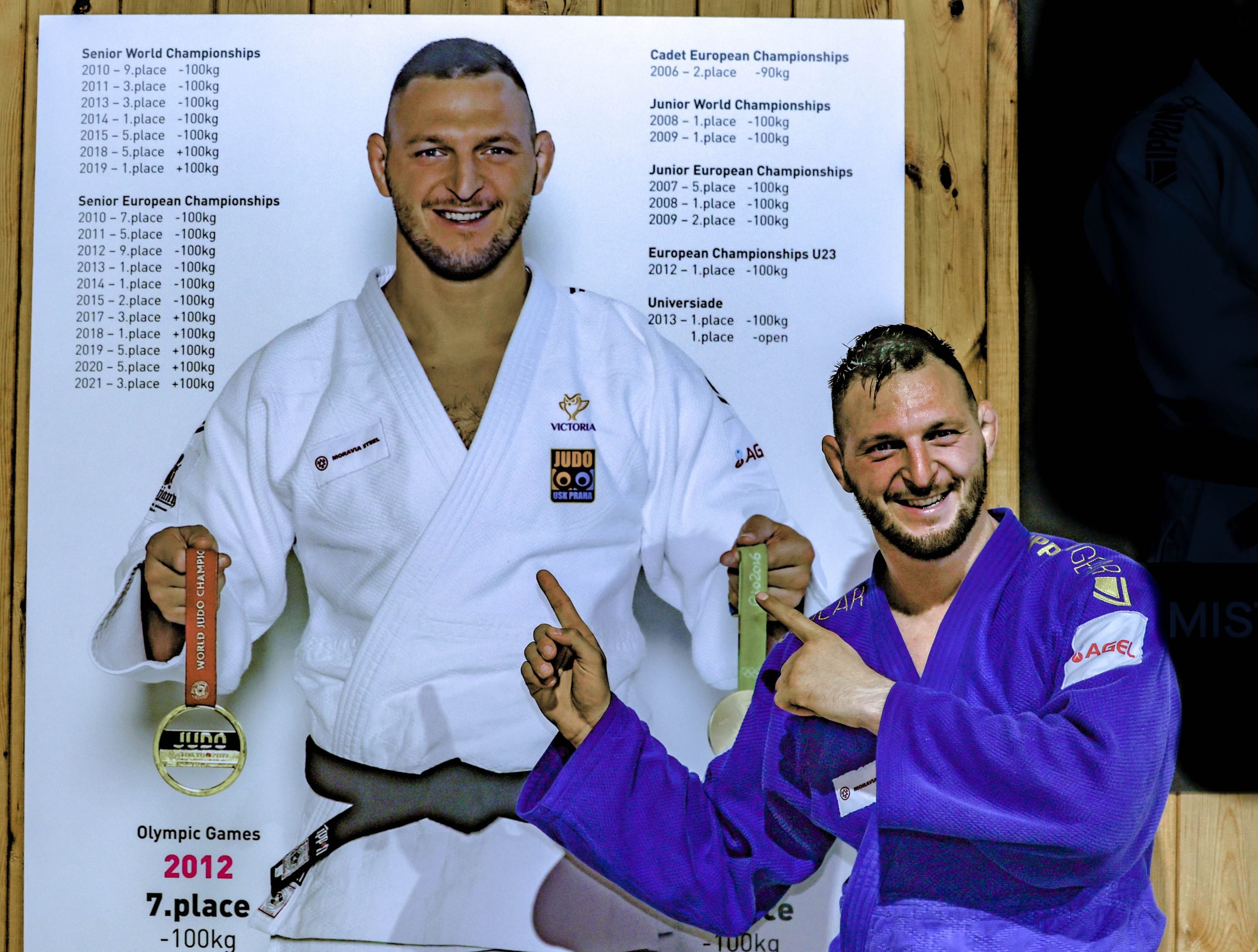 So far he has only one result this year, a seventh place at the Grand Prix in Zagreb (CRO). Not the kind of success double Olympic champion Lukas KRPALEK (CZE) is used to. Because of an ellbow injury the 31-year-old had to slow down in training, but now he is back on track. The EJU Media Team met the Czech Judo hero in his dojo. On Friday afternoon he is expected to attend the Junior European Judo Championships in Prague.

15 years ago, back in 2007, you became fifth at the European Judo Championships Juniors on home soil. One year later you won the Junior Worlds and the Europeans. What kind of memories have you got?

2008 was the starting point of my career. I became the first Czech judoka to win the European Championships Juniors in Warsaw first as well as the World Championships Juniors. It was huge for Czech Judo and huge for me too. I started to believe, that on a good day I can win top-class tournaments.

You are currently focusing on the preparation for the World Judo Championships in Tashkent (UZB). Are you in top-shape already?

My right elbow was injured as you know I could not train properly for about two months. But now it’s much better. My hopes for Tashkent are rising.

What is up next for you after the weekend watching the Junior European Championships?

On Tuesday I will be flying to Tokyo. Japan is the best place to get in top-shape.

Who will be your strongest opponents for winning the World Championships?

All of the top shots are capable of winning, I guess. The usual suspects are TUSHISHVILI, RINER and probably some new faces like the Mongolian TSETSENTSENGEL Odkhuu and KIM (KOR).

Many will be looking forward to seeing the Czech hero in the arena to see the new generation of athletes coming through, and they are looking strong. At the time of publication there are three men in the quarter finals and a woman in the semi final. Perhaps with the motivation of Krpalek they can find great success today at home.