Roman Gontyuk to carry flag of the Ukraine 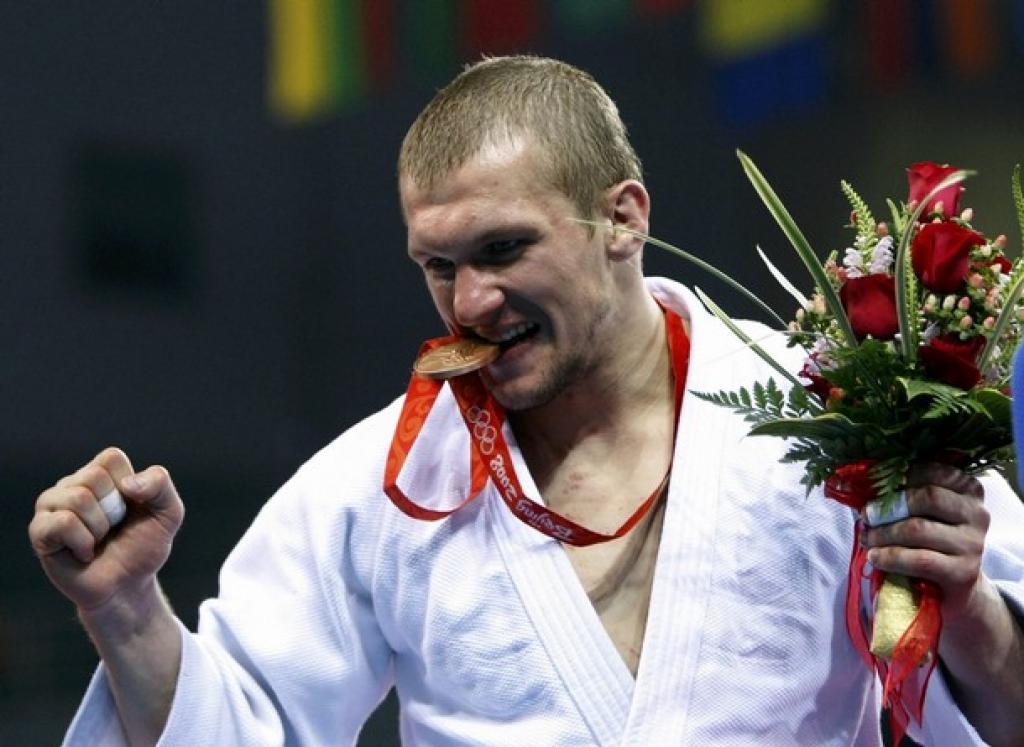 London Olympics will be the third in a sport career of judoka who represents Ukraine in the weight category under 90 kilograms. He won silver medal in Athens in 2004 and a bronze medal in Beijing in 2008 fighting in the category under 81kg.

Talking to the press Roman did not hide his emotions. ‘This is a big honor and a very special moment for me’ he said.

‘There are not so many athletes in Ukrainian Olympic Team who are going participate in their third Olympic Games, so I repeat again I am very proud of that honor. I believe, this time Olympics will be even more successful for Ukraine than before.’

245 athletes representing 28 sports will compete for Ukraine in London. Ukrainian judo team which secured 10 Olympic licenses is one of the most numerous companies. Men will be competing in each of the seven weight categories and women will be represented in the categories under 70 and 78 kilograms as well as over 78 kilograms.

Also in other countries judoka carry the flag of their nation. Again Ariel Zeevi is taking the flag of Israel into the stadium. In Egypt Hisham Mesbah has the honour. Portugal’s outperformer is Telma Monteiro carrying the flag.

Watch the video of the ceremony in our facebook:
http://www.facebook.com/pages/European-Judo-Union/256475946911