Romania and Hungary impress in Paks at European Junior Cup 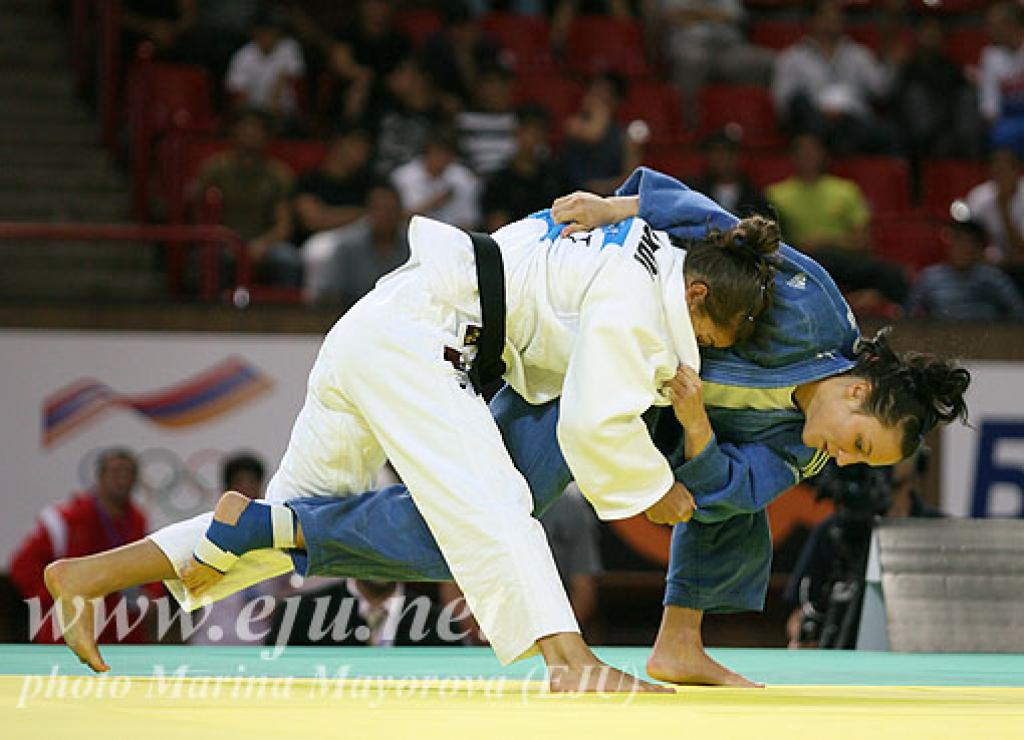 Romania took three out of eight medals at the first day of the Junior European Cup in Paks, Hungary. Especially the men’s heavyweight’s dominated. In the U100kg category it was Lorand Samel (ROU) who took the gold. Samel won the U17, U20 and U23 Romanian title before but is just 19. In the final he defeated his compatriot Flaviu Smeu.

The heavyweight category over 100kg was for Daniel Natea (ROU). Loredana Ohai won the first gold medal for Romania in the women’s U57kg class. She won her first gold medal in the European Cup, exactly at her 18th birthday, what a present.

Host nation Hungary followed Romania winning two gold medals. Usually the Hungarian women are really strong but today the home crowd welcomed the gold for 16-year old Krisztian Toth U81kg. It was his first European Cup victory, and he was the youngest men to win this year out of 64 men’s medals in the European Junior Cups.

Another gold medal for Hungary for Barbara Maros (in the picture) who won her first European Cup this year, last year she collected three gold medals in Prague, Berlin and Paks, so she prolonged her title. Hungary furthermore lost two finals, the same number as Austria, but they didn’t win any gold so far.

On Sunday we will report about the second day in Paks were Olympic heroes like Yvonne Boenisch (GER), Giuseppe Maddaloni (ITA) and Alina Dumitru (ROU) won medals in the past.